The Albertina Kerr Centers, a nonprofit organization with headquarters in Portland, provides services in Oregon for children, adults, and families with mental health challenges and developmental disabilities. In addition to its support for individuals with Down syndrome, autism, cerebral palsy, epilepsy, and other development disabilities, Albertina Kerr also evaluates and manages cases for children with conditions such as ADHD and communication disorders.

The Albertina Kerr Centers had its beginnings in 1907, when Methodist preacher William MacLaren founded the Portland Commons Mission to provide shelter and food to former prisoners and homeless men and to help them find employment. The mission expanded its services a year later when it purchased a house in southwest Portland, named the Louise Home, for women who were prostitutes, single and pregnant, and jobless. Two years later, the mission, by then a growing social service agency, incorporated as the Pacific Coast Rescue and Protective Society.

The PCRP partnered with the Portland Police Department and Lola Baldwin, superintendent of the department’s Women’s Protective Division, to make the Louise Home a place where women with venereal disease could be treated and “rehabilitated.” This was a response to concerns about controlling women who were “adrift” in cities and efforts to police their sexuality and motherhood. It was also a reflection of a cultural double standard that often blamed women for pregnancy, sexually transmitted disease, and “delinquency.” Such efforts came at a time when contraception was strongly regulated, venereal disease prevention was challenging, and women’s safety from violence was uncertain.

In 1915, PCRP purchased farm and forestland on what is now Northeast 162nd Avenue and built the Louise Home Juvenile Hospital; twelve years later, the hospital transitioned to the fifty-two-bed Louise Home Residential Facility for girls. The Wynne Watts School, named for a former medical director, opened in 1936 to serve students who lived at Louise Home. The school continues to serve students who receive services from Albertina Kerr Centers.

Businessman Alexander Kerr donated his home to PCRP for a children’s nursery to honor his wife Albertina Sechtem, who died of typhus in 1910. The Albertina Kerr Nursery Home provided adoption services and daycare for children of single mothers. A new nursery was built on Northeast 22nd Avenue and Northeast Glisan Street in 1921, following a fund-raising campaign by Ruth Kerr, Alexander Kerr's third wife, and Margaret Bondurant, PCRP's board chair. The building housed a nursery and adoption services until 1967, as the Society began focusing more on foster homes and community-based care.

In the late 1970s, Salem’s Fairview Training Center, the state-run institution for people with developmental disabilities, made plans to move its residents to community-based homes. Albertina Kerr opened the Kerr Center for Handicapped Children at Marylhurst University in Portland in 1976 and later built group homes for clients. Albertina Kerr’s Developmental Disabilities Programs expanded its group homes and other services to cities throughout Oregon so that clients could be served near their families.

In the twenty-first century, Albertina Kerr manages neighborhood-based group homes for adolescents and adults with developmental disabilities and mental health challenges, community-based early intervention care for very young children, and an innovative wraparound service providing coordinated care for children. Its community programs include Art from the Heart, an art studio and gallery for adults with developmental disabilities, and Port City Development Center, an employment program that provides career and life support for adults with developmental disabilities in the Portland metropolitan area. In 2015, the Albertina Kerr Centers served more than 2,150 children, adults, and their families. The Old Kerr Nursery building and the Louise Home are on the National Register of Historic Places. 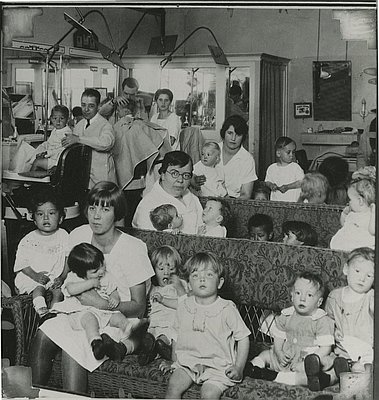 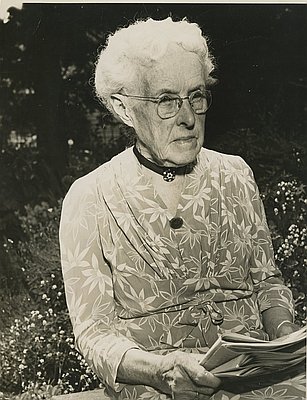 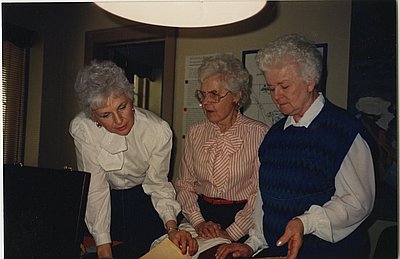 Born Aurora “Lola” Greene, she began her working life as a teacher in New …

The Portland Women’s Union was the first all-women volunteer organization in the state of Oregon. Its primary mission was to provide a safe and respectable residence for women coming to Portland until they found a job or became married.

In 1911, the Portland Women’s Union, a group of volunteers who created one of the first organizations in Oregon to provide safe housing for young women, acquired the quarter block at the corner of Southwest Tenth Avenue and Montgomery Street for the Martha Washington Hotel for Self-Supporting Women. The four-story, …