Frank T. Johns of Portland was the Socialist Labor Party (SLP) presidential candidate in the 1924 and 1928 elections. Shortly after receiving his party's nomination in 1928, Johns drowned in the Deschutes River in Bend in an effort to save the life of a boy who had fallen into the river.

Born on February 23, 1889, in Sunbury, Pennsylvania, Johns moved west with his family in 1904, first to Spokane and then to a failed ranching venture in Roseburg. He returned to Spokane in 1911, where he worked as a postal carrier and married Ruth Aurora Noble, the daughter of an area minister. In 1915, Johns met Upton A. Upton, an activist with the local branch of the Socialist Labor Party. Upton recruited him to the party, and soon after Johns was fired from his postal carrier position for circulating an SLP chain letter.

The Socialist Labor Party—a separate political entity from the Socialist Party—believed in “socialist industrial unionism,” the idea of organizing the entirety of the working class into powerful industrial unions that would replace congressional districts. Marxist in conception, the SLP also campaigned for worker-controlled means of production. It was one of several left-wing radical parties (including the Communist Party and the Socialist Party, made famous by Eugene Debs) that found a limited, but enthusiastic audience in the political atmosphere of the early twentieth-century Pacific Northwest.

In 1918, Johns, his wife, and their two small children, Margaret and Philip, moved to Portland, where he worked in the Foundation shipyards and took odd jobs as a carpenter. He also became a key player in the formation of the Socialist Labor Party in Oregon, spearheading the first efforts to include the party on the Oregon ballot. By 1920, Johns had become the leader of the Portland section of the Socialist Labor Party. He ran unsuccessfully for Congress from Oregon’s Third Congressional District in 1920 and 1922. He also offered regular public lectures advertised in the Oregonian, including a debate on the single tax and a lecture on reconstruction.

In 1924, the Oregon Socialist Labor Party chose Johns as their delegate to the national convention in New York City. He arrived at the convention on May 10, 1924, and left three days later as the party's nominee for president. He was only two hundred days over the minimum required age of thirty-five and remains one of the youngest presidential candidates in U.S. history.

Johns and his running mate, Verne L. Reynolds, a forty-year-old pipefitter from Baltimore, launched a national campaign. They traveled across the country, giving speeches at union halls and on street corners in working-class neighborhoods, sometimes several in the same day. The Socialist Labor Party was on the ballot in twenty states. When the election was held on November 4, 1924, Johns drew 28,633 votes, approximately 0.1 percent of the turnout.

In 1928, Johns was again nominated as the presidential candidate at the party's national convention in New York. He returned to Oregon, where he made Bend the first stop on his national tour. On May 20, either directly before or immediately after an evening speech in Drake Park on the Deschutes River, Johns was interrupted by calls for help. Jack Rhodes, who was ten or eleven years old, had fallen off a nearby footbridge and into the freezing river. Johns removed his coat and dived into the water to save the boy. He reached Rhodes in the middle of the river and tried to push him toward shore, but was overpowered by the icy current. Both Johns and Rhodes drowned.

Johns's widow and two surviving children were awarded a Carnegie medal and its accompanying endowment for his act of heroism. A granite memorial was erected in Drake Park in 1970 near the place where Johns drowned. 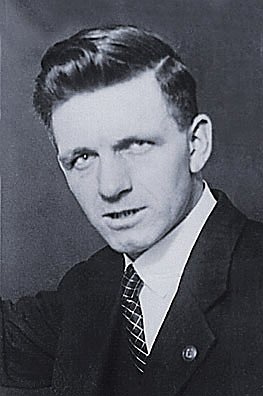 "Portland Man Offers Life in Effort to Save Bend Boy; Both Sink in Icy Deschutes." The Bend Bulletin, May 21, 1928.