Ancer L. Haggerty was the first African American to become a partner in a major Portland law firm and the first to serve as a judge on the federal court in Oregon. Previous to his appointment to the U.S. District Court, he was a judge of the Multnomah County District Court and the Multnomah County Circuit Court. As a judge, Haggerty was known for his intelligence, his fairness, his knowledge of the law, his amazing memory, and his no-nonsense approach in dealing with lawyers.

Haggerty was born in Vanport on August 26, 1944. The year before, his parents had relocated to the new city from Marshall, Texas, so his father could work in the Kaiser shipyards as a steamfitter. Ancer’s father died of tuberculosis in 1947. After Vanport was destroyed in the 1948 flood, the family moved to northeast Portland. His mother remarried in 1950, and Haggerty attended Woodlawn Grade School. At Jefferson High School, he excelled at football and was a mainstay of the standout Jefferson teams of that era. In 1963, he entered the University of Oregon, where he played football as an offensive guard and a defensive tackle. Later in life, he coached championship Pop Warner football teams in Portland.

After graduation from the university in the winter of 1967 with a degree in general social science, Haggerty joined the U.S. Marine Corps as a first lieutenant. Sent to Vietnam in the fall of 1968, he was severely wounded while on patrol. His bravery in leading his platoon in a successful counterattack and returning them to safety earned him a Silver Star. Because of the severity of his injuries, he was sent back to the United States for medical treatment. One of his arms had been so badly shattered that he was unable to straighten it, even after extensive surgery, ending his dream of playing professional football. He served out the remainder of his three-year enlistment as a Marine recruiting officer in Portland.

During his Marine training, Haggerty had taken a course in the Code of Military Justice and later was a member of the court martial panel at Camp Lejeune, North Carolina. He enjoyed this “law thing,” as he called it, and after his discharge he decided to apply to law school. He received his degree from the University of California Hastings School of Law in San Francisco in 1973 and took a job with the Metropolitan Public Defender’s office in Portland. He passed the Oregon Bar exam on his first try, was sworn in on a Friday, and was in court the following Monday.

Haggerty remained with the Public Defender’s office for nearly four years before moving into private practice with Schwabe, Williamson and Wyatt in 1977. After five years, he was named a partner in the firm. Haggerty married Judith Ann Blair in August 1983. They had two daughters and a son from his wife’s first marriage. The marriage ended in divorce after twenty-seven years.

Finding that the travel required by his law practice interfered with his family life, Haggerty began to seek a judgeship. He was appointed a Multnomah County District Court judge in 1989, replacing William McClennan. In March 1990, Governor Neil Goldschmidt appointed him to the Circuit Court; he won election to the seat in May 1990 and served until 1994. He had been mentored by Aaron Brown, the first Black judge appointed in Oregon, and Haggerty in turn mentored aspiring Black lawyers and judges throughout his career.

Haggerty will be remembered for a case he presided over in 1990 regarding a lawsuit against Tom Metzger of the White Aryan Resistance and his son John, head of the affiliate Aryan Youth Movement. An Ethiopian student at Portland State University, Mulugeta Seraw, had been beaten to death by “skinheads.” Seraw’s uncle, Engedaw Berhanu, represented pro bono by the New York office of the Anti-Defamation League and the Southern Poverty Law Center, sued the Metzgers, claiming they had sent the killer, Dave Mazzella, to Portland to organize the crime. When the parties to the lawsuit met prior to the trial, the Aryans didn't think the case should be heard by Multnomah County's presiding judge, Donald H. Londer, who was Jewish.  Londer then suggested the next available judge, Ancer Haggerty. Both sides agreed. When Metzger entered Haggerty's courtroom for the first time, he was shocked to see that that Haggerty was Black. The trial received such a public reaction that Haggerty, his family, the lawyers, and the Metzgers were given twenty-four-hour police protection. The jury awarded the Seraw estate $12.5 million, then the largest judgment in a racism case in the United States.

Interested in becoming a federal judge, Haggerty submitted his name for consideration and was appointed to the U.S. District Court by President Bill Clinton in 1994. He served on the District Court for twenty years and was chief judge from 2002 to 2009. Late in his career, Haggerty was involved in another publicized white supremacy case, the trial of David Joseph "Joey" Pedersen and Holly Ann Grigsby. The two had gone on a ten-day crime spree in September and October 2011 that ranged from Everett, Washington, to Eureka, California, committing two carjackings and four murders in an effort to “purify” and “preserve” the white race. In 2014, the two entered guilty pleas, and Haggerty sentenced them to life in prison without the possibility of release.

Ancer Haggerty took senior status in 2009 before fully retiring in January 2014. Each year, the Oregon Chapter of the Federal Bar Association awards scholarships in Ancer L. Haggerty's name to high school juniors who show an interest in the law and civil rights. 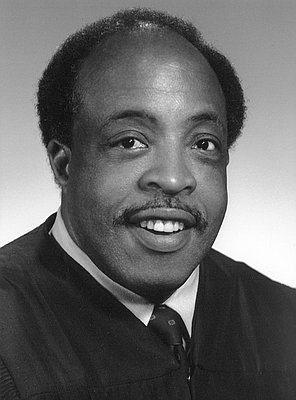 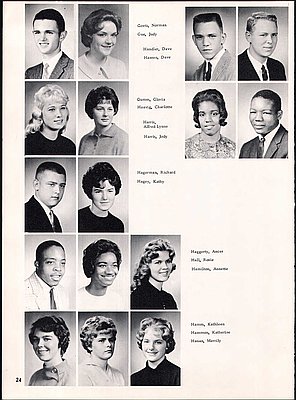 Mercedes Deiz was a trailblazer in the Oregon legal community. She was the first Black woman admitted to the Oregon State Bar and, when she was sworn in as a judge of the Multnomah County District Court on January 6, 1970, she became the first woman of color to be …

In the annals of Oregon jurisprudence history, Otto Richard Skopil Jr. was among the most revered and important federal judges to serve in the region. He held several judicial positions in the U.S. District Court for the District of Oregon, from 1972 until near the end of his life in …

Owen Murphy Panner was a lawyer and federal judge in Oregon from the mid-twentieth century into the first decades of the twenty-first. He was the longtime attorney for the Confederated Tribes of Warm Springs and served as a U.S. District Court of Oregon judge for thirty-eight years.

Robert C. Belloni was a federal judge on the U.S. District Court for the District of Oregon from 1967 to 1999. His ruling in United States v. Oregon in 1969, upholding the treaty fishing rights of Columbia River tribes, continues to influence regional, national, and international natural resource management.