The Federal Writers' Project was one of five independent branches of the Works Progress Administration, established in the summer of 1935 by President Franklin Delano Roosevelt. In its inception, the WPA sponsored not only the Writers' Project, but also the Federal Art Project, Federal Music Project, Historical Records Survey, and the short-lived Federal Theatre Project. Bearing testament to the times, the Theatre Project was branded "socialist" by the House Un-American Activities Committee in 1939 and disbanded. Unlike the Civilian Conservation Corps (1932), where young men worked on roads, bridges, and dams, the Works Progress Administration employed non-construction workers, as well as laborers. In Oregon, the Federal Writers' Project was the most visible white-collar agency of the WPA.

Always anonymously—and usually without copyright—the Federal Writers' Project printed the annual Oregon Almanac and Oregon Oddities, a wacky My Weekly Reader kind of booklet designed as a state education project for Oregon's elementary school students. Perhaps as a cautionary tale, the Oddities writers once reported that in 1875, a ten-year-old boy from Multnomah County was convicted of stealing candy and "sentenced to three years in the penitentiary."

The Oregon Writers produced radio programs, such as "The Builders of Tomorrow" on Portland's KEX, as well as fourteen guides to Oregon county records repositories. Some proposed projects, such as "Public Library History," "Oregon City Territorial Days," and "WPA Builds Oregon Schools" were either delayed by the onset of World War II or abandoned in the aftermath of December 7, 1941. Later, resurrecting his Project files, Howard McKinley Corning published Dictionary of Oregon History (1956) and Willamette Landings: Ghost Towns of the River (1947), books that were originally promoted as "future publications" by the WPA.

A primary goal of the Federal Writers' Project was to gather oral interviews with aging Oregonians. Between 1935 and 1943, the Oregon Writers chased down Oregon Trail emigrants and first-generation Oregonians who were in their eighties or nineties. This aging population, many who played significant roles in Oregon history, had stories to tell. Happily, the WPA Writers jotted them down, serving as "folklore researchers." They gathered histories of people such as Dr. William Keil (founder of the Aurora Colony), Joab Powell (popular pioneer preacher), and Tabitha Brown (founder of what would become Pacific University).

As historian Douglas Brinkley notes, much of the work of the Writers' Project ended up in boxes, attics, or warehouses rather than on library shelves. No doubt, the outbreak of World War II had much to do with the chaotic pigeonholing of interview materials, manuscripts, and documents. So it was in Oregon.

In 1999, a flood in the basement of the Oregon State Library caused librarians to examine several boxes. They found thousands of pages of Writers' Project files. Three scholars—Tom Nash, Twilo Scofield, and Nancy Appling Salucci—volunteered to examine the files, photocopy the documents on acid-free paper, catalog the materials, and provide a useful index. Those files are now available to the public at the State Library in Salem. 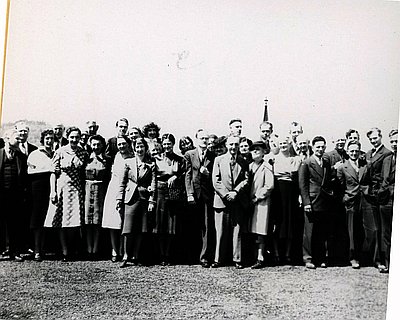 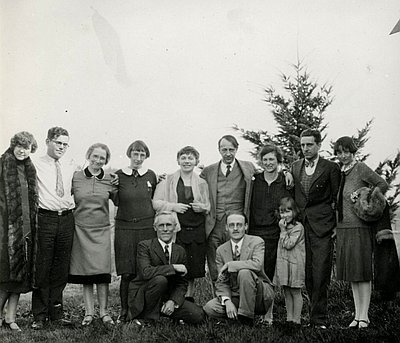 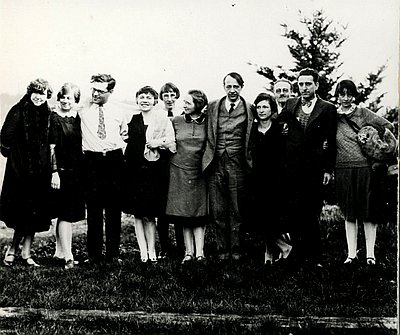 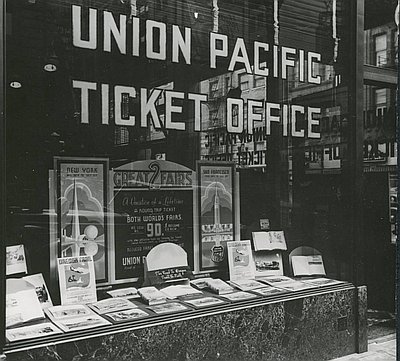 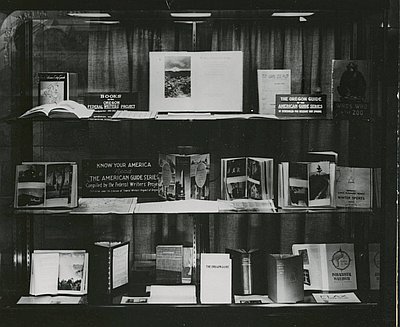 From 1933 to 1942, Civilian Conservation Corps (CCC) enrollees in Coos County’s seven camps spent their summers fighting forest fires and building the trails, roads, and lookout towers that would provide quicker detection of fires and make them easier to contain. The Coos County Forest Patrol Association (CCFPA) depended on …

Darrel Austin, an Oregon artist who gained a national reputation, was born in Raymond, Washington on June 25, 1907. His family moved to Portland in 1909. As a young adult, he attended the University of Portland, where he studied with Emil Jacques, a Flemish artist. He took private lessons in …

Hathaway Jones was proud to be Oregon's biggest liar. While others occasionally made the claim, no other Oregon storyteller captured the public imagination like Jones did. His tales have appeared in books, oral histories, Works Progress Administration (WPA) files, Web sites, and folk festivals—even though he rarely traveled beyond the …

Martina Gangle Curl was a painter, printmaker, and woodcarver who created figuratively based works in an emerging Northwest modernist style. A long-time dedicated labor and social activist, she often used her art to express her political beliefs.

Born near Woodland, Washington, in December 1906, Martina Gangle began work as a …

Born in Kent, England, in 1886 and trained at the King Charles School of Art, Percy Manser immigrated to Canada in his early twenties. He loved the natural beauty of the Northwest, and in 1917 he and his wife Clementine settled in Hood River to begin life as orchardists. Manser …