As part of the executive branch of state government, the State Library is governed by a nine-person board, appointed by the governor. The state librarian serves as the chief executive and secretary to the board.

The State Library works with local public libraries, academic libraries, school libraries, and special libraries in nearly every Oregon community, providing grants and other forms of assistance to improve library services and to foster cooperation and sharing of library resources. In addition, the State Library operates the Talking Book and Braille Library, which serves as a public library to approximately five thousand blind and print-disabled Oregonians. This service sends recorded books, Braille books, captioned videos, and specialized players free of charge to eligible borrowers.

Today, the State Library provides advanced information services to state agencies and the legislature. Since 2006, the library has collected state publications not only in printed form but in digital form as well. An innovative law passed by the legislature in 2005 now requires agencies to deposit a digital copy of all publications so that they can be preserved in the Oregon Documents Repository.

Another innovation of the Oregon State Library is the Ready-to-Read Grant program for public libraries, created by the legislature in 1993, which grants funds annually to all public libraries to help support their early literacy and summer reading services. 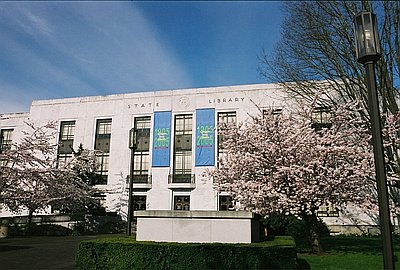 From her first arrival in Oregon in 1905 until her death in 1957, Cornelia Marvin Pierce helped shape the state's social, educational, and political conditions as state librarian, political activist, and reformer.

Born in 1873 into a middle-class family in Iowa, Cornelia Marvin attended public schools in Minnesota and Washington, …

Mary Frances Isom, perhaps Oregon's most remarkable librarian, transformed the Library Association of Portland from an insular organization with limited impact into a major community asset with an enviable national reputation. At the regional level, she achieved equal distinction, drafting changes to Oregon law that furthered the free library movement …