Mary Frances Isom, perhaps Oregon's most remarkable librarian, transformed the Library Association of Portland from an insular organization with limited impact into a major community asset with an enviable national reputation. At the regional level, she achieved equal distinction, drafting changes to Oregon law that furthered the free library movement and spearheading the creation of several statewide and regional library organizations.

Born in Nashville in 1865 and raised in Cleveland, Isom completed one year at Wellesley College and spent her early adulthood living with her parents. At thirty-four, she enrolled in the progressive Pratt Library School in New York City. Following graduation, she accepted a job in Portland cataloging a valuable donation—the library of pioneer merchant John Wilson, which had been accepted by the private Library Association under the condition that Wilson’s books be made available to the public. Within a year, Isom’s administrative gifts led to her appointment as head librarian; two months later, in March 1902, she began her oversight of the first tax-supported, free public library in Oregon.

After the legislature extended the reach of the Library Association of Portland to all of Multnomah County—a change made possible by legislation that Isom drafted—she began to implement her vision of a dynamic and responsive public library. Within the next ten years, she established the array of permanent library branches, including seven funded by Andrew Carnegie, along with library stations and outreach programs that brought library books and services to all corners of her community. Her crowning accomplishment was the Central Library, which opened in downtown Portland in 1913.

When the United States entered World War I, the Library Association of Portland became actively involved, selling war bonds and gathering books for the troops. The refusal of pacifist and assistant librarian M. Louise Hunt to purchase war bonds, however, caused a public outcry in 1918. With Isom’s support, the library board absolved Hunt of disloyalty and supported her right to take an unpopular view.

Following this incident, Isom decided to join her profession’s efforts to serve the troops overseas, visiting ninety-three American hospitals during a five-month stay in France in 1918-1919. By that time suffering from an untreatable cancer, she returned to Portland to work as long as she could. Isom died on April 15, 1920, at age fifty-five.

Starting with one outdated library in 1902, Isom left the county with 17 modern facilities and a complex service network involving 146 schools and 65 other agencies. A year later, the library’s circulation topped 2 million, an astonishing statistic when compared with the 50,531 books circulated in 1901. More than a century later, Multnomah County Library remains one of the most well regarded urban library systems in the country, in part due to the foundational work completed by Isom. 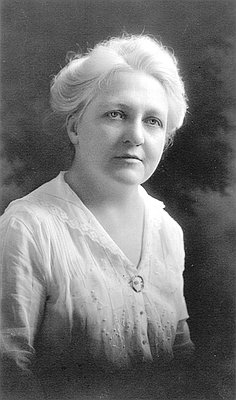