Dryer was born January 10, 1808, in Canandaigua County, New York, one of twelve children. He was a dedicated and outspoken Whig, and held the dying party together in Oregon almost single-handedly—primarily through his editorship of The Oregonian—against the powerful forces of Oregon’s Democratic Party. He served in the Constitutional Convention of 1857, the rump legislative session of 1858, and was twice a candidate for mayor of Portland.

Dryer had some newspaper experience before joining the California Gold Rush in 1849, so when Portland merchants W.W. Chapman and Stephen Coffin went looking for an editor in 1850 to open a Whig newspaper in Portland, they selected Dryer, then living in San Francisco. Dryer had the requisites to begin a newspaper on the Frontier: a hand press and a bundle of type. Dryer, like many itinerant editors of the time, lacked a formal education. But what he lacked in formal training he made up for in spunk and aggressiveness, immediately joining a vituperative verbal battle with Asahel Bush, publisher of the Oregon Statesman in Oregon City (The Statesman moved to Salem in 1853). Dryer and Bush were prominent practitioners of the “Oregon Style” of personal journalism, laced with insults against rival editors. Bush was "Bushy" in The Oregonian, Dryer was "Toddy Jep" in The Statesman, the latter a reference to Dryer’s fondness for strong drink. Bush was a member of the "Salem Clique," Democrats who dominated Oregon’s politics at the time, and Dryer was the most prominent of the Whig editors.

Dryer’s ability as a speaker was notable, and only a few weeks into his new Portland career he was nominated for mayor by a town meeting in 1851. He declined the honor of being the city’s first mayor, but in 1857, he ran for mayor and was defeated by William S. Ladd by only two votes. Dryer was a full member of the early Portland Establishment: a Mason, Episcopalian, and warden of the Vigilance Hook & Ladder Company, founded in 1853. Historian E. Kimbark MacColl notes that membership in Portland’s early fire brigades was a social statement. Dryer had sought to be warden of the original brigade, Willamette Engine Co., but had to settle for the less-prestigious second brigade.

Editor Dryer was often overshadowed by Asahel Bush, described by Leslie M. Scott as "the ablest editor of his day." But Dryer was a serious force within the fading Whig Party, reluctantly switching to the new Republican Party in time to become an Electoral College elector for Abraham Lincoln in 1860. As a reward, Dryer gained appointment as commissioner to the Sandwich Islands (now Hawaii). The diplomatic position salvaged Dryer’s career, for he was nearing bankruptcy. He was a poor businessman, contemporaries agreed, but he had the wisdom to hire Henry L. Pittock as printer and manager. "Doubtless the greatest thing T. J. Dryer ever did for the Oregonian," newspaper historian George Turnbull wrote. The Sandwich Islands appointment allowed him to turn the paper over to Pittock, who published it for nearly 60 years. Dryer returned to Portland after his stint in the Sandwich Islands, and served several years as a justice of the peace, dying in Portland in 1879. 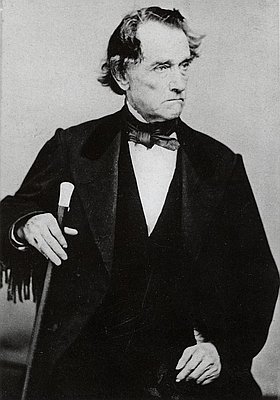