James Douglas had a long connection to the Oregon Country. As an employee of the Hudson’s Bay Company (HBC), he lived at Fort St. James in north-central British Columbia (1825-1828), at Fort Vancouver (1828-1849), and at Fort Victoria (1849-1877). He played an important role during the formative years of modern-day Oregon, Washington, Idaho, and British Columbia as chief factor at Fort Vancouver prior to the Oregon Treaty of 1846 and as developer of HBC’s Fort Victoria. He was also the first governor of British Columbia.

Douglas was born to unmarried parents in 1803 in the Dutch colony of Demerara (present-day Guyana). His father was a Scottish sugar planter, and his mother was a mixed-blood Caribbean from Barbados. After completing his schooling in Scotland (1809-1819), his only formal education, the sixteen-year-old Douglas apprenticed to the North West Company as a clerk and worked at Fort William and then at Ĭle-à-la-Crosse (Saskatchewan).

When the North West Company and the Hudson’s Bay Company merged in 1821, Douglas took positions at various company posts until he was transferred to Fort St. James at the northern extremity of the Oregon Country. In 1826, he took part in the first annual brigade, when furs were transported by packhorse and bateaux to Fort Vancouver. In 1830, he transferred to Fort Vancouver, where he lived for nearly twenty years. He was named chief factor in 1839.

Douglas often worked in agreement with American policy in the Pacific Northwest. In 1841, he escorted Lieutenant Charles Wilkes of the U.S. Exploring Expedition to settlements within the Hudson’s Bay Company’s sphere of interest in the Columbia Basin, and in 1844 he toured Captain Thomas Baillie of the HMS Modeste around the Willamette Valley. Douglas nominally supported the Oregon Provisional Government at Champoeg after 1843, reasoning that it would help maintain civil peace in the region at a time of mounting tension between Great Britain and the United States. In 1845, however, he also aided Lieutenant Henry Warre and Lieutenant Mervin Vavasour, who were in the region gathering intelligence for the British military.

A supporter of Britain’s claim north of the Columbia River, Douglas was stunned by the Oregon Treaty in 1846, which put the international boundary at the 49th parallel and “surrendered” to the United States the time and capital Britain and the Hudson’s Bay Company had invested in developing the upper Columbia River region. He considered settling in Oregon City, but stayed with his fur-trade career. His Barbadian ancestry was not a secret, and it may be that he was influenced by Oregon’s Provisional Government’s Black exclusionary laws of 1844 and 1849. He did involve himself in local politics, however, by regularly corresponding with Oregon's governors about the effects of the Whitman mission murders and the army's movements and demands during the Cayuse War. He argued against, for example, stopping the sale of ammunition and arms to all Native traders—he felt it unfairly indicted Indians not involved in the mission attack and disrupted established trade agreements. Douglas also provided the ransom for the mission residents taken captive during the incident.

In 1849, the HBC transferred Douglas to Fort Victoria and put him in charge of all company posts, including those now in Washington State, until HBC left U.S. territory completely in 1860. The Colony of Vancouver Island was created in 1849, and Douglas served as its second governor (1851-1864). He was also appointed the first governor of the separate Colony of British Columbia (1858-1864), which was created in 1858. He served as governor until 1864 and lived out his life in Victoria, where he died of a heart attack in 1877. 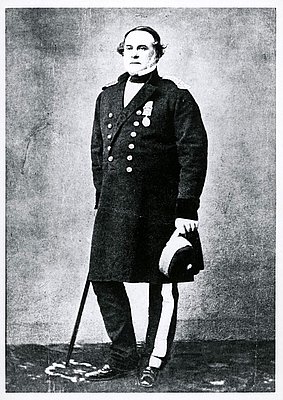 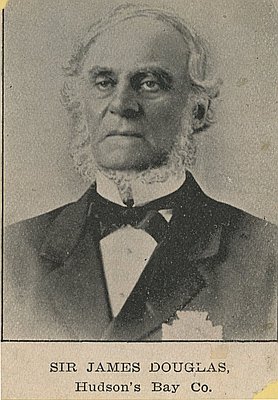 “The Oregon boundary question,” historian Frederick Merk concluded, “was a diplomatic problem involving a kernel of reality and an enormous husk.” The eventual existence of the states of Oregon, Washington, Idaho, and Montana depended on solving the so-called Oregon Question, a three-decade dispute between Great Britain and the United States. …

The 1847 murders of frontier missionaries Marcus and Narcissa Whitman near the confluence of the Columbia and Walla Walla Rivers brought the Oregon Territory under tighter American control and set off a chain of events that forced the Columbia Plateau Indians onto reservations. Waiilatpu, also known as the Whitman Mission, …