First organized in 1779 by a small group of Canadian fur traders based in Montreal, the North West Company dominated the North American fur trade west of the Rocky Mountains from 1813 to 1821, outpacing the Hudson’s Bay Company west across the Rocky Mountains to the Columbia River and supplanting the Pacific Fur Company in the Oregon Country. Ambitious in its global trade aspirations, the North West Company leveraged a decentralized structure, made efficient through short-term agreements with merchants, supply houses, and economically empowered field officers. A failure to establish direct trade with China and other challenges, however, limited the company’s opportunity for profit, and the North West Company merged with the Hudson’s Bay Company in 1821.

North West Company trader, explorer, and surveyor David Thompson reached the upper Columbia River in 1807, eager to outdistance the Hudson’s Bay Company and beat American traders who were inspired by the reports of the Lewis and Clark Expedition. He established Kootenae House as the first fur trading post in the Columbia River basin. Subsequent ventures into the region established additional posts, including Kullyspell House, Saleesh House, Fort Kootenay in 1809, and Spokane House in 1810. In 1811, when Thompson explored the lower Columbia from Kettle Falls “to open out a Passage for the Interiour Trade with the Pacific Ocean,” he encountered John Jacob Astor’s Pacific Fur Company at Fort Astoria. For two years, the rivals would scratch out a wary coexistence in the Oregon Country, competing directly and cooperating occasionally.

Subsequently, Fort George (the North West Company’s renamed Fort Astoria) became the company’s headquarters and depot for the Columbia Department, which was expanded to include Willamette Post (1813) in the Willamette Valley and the Pacific Fur Company’s Fort Okanagan. The North West Company then employed the Pacific Fur Company’s system of supplying upriver posts with annual trade goods and necessities ("the outfit") and sending the annual collection of trapped and traded furs ("the returns") to Fort George and then to London. The route between Fort George and Fort St. James, known as the Columbia Brigade Route, linked with the Fort William Brigade Route at Fort McLeod, thereby connecting the Oregon Country to Montreal. Plans to connect directly to markets in Canton, China, never came to fruition.

Despite the absence of competition, the North West Company “fell greatly short” of financial expectations. Reasons included the inability to connect directly to markets in Canton due to East India Company control, conflict with Native people resulting in loss of furs, and what company officer Alexander Ross called “apathy and want of energy” and “extravagance” involving imported goods and provisions. The agricultural potential of the Willamette Valley also tempted Nor’Westers away from company employ. Reorganization in 1815 did little to increase the company’s success, but it did initiate the employ of seasonal trapping parties—called brigades—that traveled into the Willamette and Umpqua River Valleys and to California and the Snake River Country in search of furs.

In 1818, the establishment of Fort Nez Perce signaled the commitment of the North West Company to trap in the Snake River region, which HBC later embraced as a "fur desert" policy that aimed to trap out the furs and thereby deter American interest west of the Rocky Mountains. Snake Country expeditions after 1821 trekked the harsh winter landscape of present-day eastern Oregon, Idaho, and Nevada for nearly thirty years, trapping out fur-bearing animals at a furious pace.

One result of the North West Company’s quest for profit was a diverse workforce. Not only did the company continue the Pacific Fur Company’s practice of hiring native Hawaiians, but it also employed Canadian Iroquois to serve “in the double capacity of canoe-men and trappers” throughout the region. In 1819, North West Company personnel named the Owyhee River after two Hawaiian trappers who were killed there by Indians.

After years of conflict, the North West Company and the Hudson’s Bay Company merged in 1821. Key to the merger was the North West Company’s John McLoughlin, who organized the company’s recalcitrant wintering partners in 1819 and opened secret talks with the HBC. The new Hudson’s Bay Company adopted the North West Company’s efficient field organization, including employing a governor to serve as an administrative middleman between field officers and a governing committee and creating classes of officers (chief factors and chief traders) who earned shares of the company’s annual gains. Several Nor’Westers, including McLoughlin and Peter Skene Ogden, became prominent HBC employees.

Two former North West Company employees later wrote popular narratives of the early fur trade that helped bring Oregon to new audiences in North America and abroad: Adventures on the Columbia, by Ross Cox (1831), and The Fur Hunters of the Far West: A Narrative of Adventures in the Oregon and Rocky Mountains, by Alexander Ross (1855). 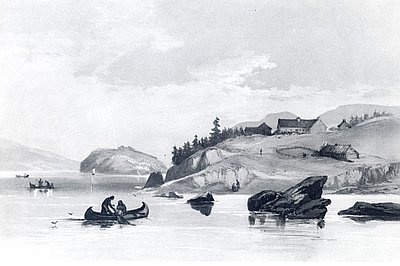 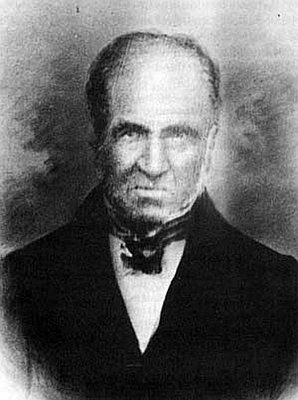 Cox, Ross. The Columbia River. Edited and with an introduction by Edgar I. Stewart and Jane R. Stewart. Norman: University of Oklahoma Press, 1957.

The two voyaged around …

British fur agent, surveyor, explorer, and cartographer David Thompson was born on the outskirts of London in April 1770. His Welsh father died before Thompson turned two years old, and the boy was placed at Grey Coat Hospital, where he received an education in writing, mathematics, and vocational skills. At …