British fur agent, surveyor, explorer, and cartographer David Thompson was born on the outskirts of London in April 1770. His Welsh father died before Thompson turned two years old, and the boy was placed at Grey Coat Hospital, where he received an education in writing, mathematics, and vocational skills. At the age of fourteen, he entered into an apprenticeship with the Hudson's Bay Company (HBC) and was sent to Fort Churchill. While working as a clerk, he developed a working knowledge of the Cree language and the natural history of Upper Canada.

Thompson spent the winter of 1789-1790 at Cumberland House on the Saskatchewan River, recuperating from a fractured leg. It was there that he met Philip Turnor, the HBC's most respected cartographer. Pursuing the opportunity with characteristic enthusiasm, Thompson emerged from Turnor's tutelage as a rising star in the company's surveying ranks. In the spring of 1797, he switched his allegiance to the rival North West Company in order to do more work as a cartographer. By the following June he had carried out an ambitious journey of exploration, where he produced a map with the first accurate positions of the Missouri River's bend through the Dakotas.

In 1799, Thompson married Charlotte Small, a mixed-blood Cree, and the following fall they were assigned to the North West Company's new Rocky Mountain House on the upper Saskatchewan River. Several of the company partners hoped to use this post as a staging area to develop a trade route from the Rockies to the Pacific via the Columbia River, but attempts to survey a route to the Columbia were not successful. In 1802, Thompson was posted to Peace River in northern Alberta.

By 1806, Thompson was a full company partner, and all the elements were in place for a push to the Columbia. In spring 1807, he led a party of nineteen, including Charlotte and their three small children, over what is now called Howse Pass. He established Kootanae House at the source lakes of the Columbia and began systematically building personal relationships with Natives and establishing logical trade routes. Over the next four years, Kootenai and Salish-speaking contacts guided him through the maze of eastern Columbia River tributaries that includes the Kootenai, Flathead/Clark Fork/Pend Oreille, Spokane, and Colville Rivers.

In January 1811, to escape Blackfeet threats, Thompson and a small party followed an Iroquois guide over Athabasca Pass, a more northerly trade route that became the standard connection between the Prairies and the Columbia District. In June of that year, he arrived at Kettle Falls (near present-day Colville, Washington). There, at the region's most important fishery and trade center, he constructed a twenty-six-foot cedar-plank canoe and set off downstream with two Iroquois paddlers, five voyageurs, and a San Poil couple hired as translators.

Thompson and his party intersected the route of Lewis and Clark's journey at the confluence of the Snake and Columbia Rivers and arrived at the recently constructed American fur post of Astoria. He lingered at the Columbia's mouth for only a few days. Back in Kettle Falls, he constructed another canoe and completed the first official survey of the length of the Columbia, pushing north to Boat Encampment at the base of the Athabasca Pass trail. After another winter at Saleesh House in Montana, Thompson traveled to Montreal with Charlotte and their five children, where the family settled.

Over the next two years, Thompson, still employed by the North West Company, completed a pair of large maps of western North America that charted from Hudson Bay to the Pacific. These were the first maps to accurately detail the relationship among the Peace, Athabasca, Saskatchewan, and Missouri Rivers east of the Divide with the Fraser and Columbia drainages west.

Thompson performed significant work as chief surveyor for the International Boundary Survey between 1817 and 1827. He also continued to work on several more large maps of the West related to an atlas proposal sent to a London publisher. Still, he was plagued by financial problems from the time he resigned from the commission, and he never succeeded in getting either his atlas or his Travels in Western North America published. He and Charlotte died within two months of each other in 1857.

David Thompson's legacy includes not only his Travels, generally recognized as a classic narrative of exploration, but also his meticulous field and survey notebooks, sheets of watercolors, letters describing the state of the interior during the period of contact, and maps of western North America. He also set in motion a viable fur-trade operation in the Columbia District, built on a respectful relationship with the peoples of the region. 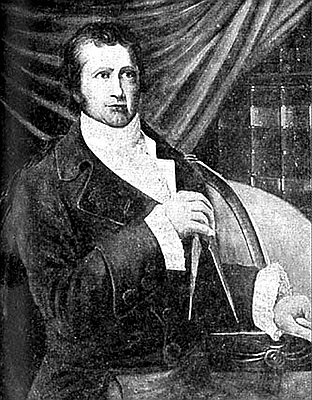 “Map of the North-West Territory." Archives of Ontario, Toronto.

The cartographic history of Oregon as a place in the Pacific Northwest began long before European visitation to the region. Mapmakers initially conceptualized the presence of a separate North American continent in 1507, some 234 years before the first recorded sighting of a landmark on the Pacific Northwest coast in …