The 1847 murders of frontier missionaries Marcus and Narcissa Whitman near the confluence of the Columbia and Walla Walla Rivers brought the Oregon Territory under tighter American control and set off a chain of events that forced the Columbia Plateau Indians onto reservations. Waiilatpu, also known as the Whitman Mission, was a key outpost on the Oregon Trail, and the Whitmans were trailblazers.

Marcus Whitman was a physician, and he and his wife Narcissa were missionaries sent west from New England by the joint Presbyterian, Congregational, and Dutch Reformed American Board of Commissioners for Foreign Missions (ABCFM). The couple dispensed farming and medical advice while preaching to local Indians. The Whitmans grew frustrated at the Indians’ growing reliance on their mission for supplies; but to the Cayuses, the building of Waiilatpu on their land, especially given the relative opulence of its cabins and furniture, obligated the couple to distribute goods.

Earlier fur traders had threatened Native people with infectious disease, so when measles spread to the mission in the mid-1840s, decimating the nearby Cayuses, the Indians understandably blamed Whitman. Plateau Indians usually did not kill shamans for failing to cure patients, but they believed that excessive amounts of spiritual power could inspire murderous intentions. Relations with the Whitmans already had degenerated because of the Cayuses’ opposition to American expansion, the missionaries’ inflexibility, the demise of the fur trade, the language barrier, and the missionaries’ suspicion that rival Catholics were conspiring against them.

On November 29, 1847, several men, secretly bearing hatchets and guns, visited Whitman under the pretense of a medical visit. In the ensuing attack, sixty Cayuses and Umatillas killed the Whitmans and eleven or twelve other people at the mission and took fifty-three people hostage. The murders were brutal, according to the eyewitness testimonies of some of the surviving children, as the assailants used their tomahawks to release evil spirits dwelling within the whites. Marcus Whitman was battered beyond recognition, and Narcissa Whitman was shot.

At the time, Oregon was under a provisional government, following the 1846 Anglo American partition of the territory. The murders played conveniently into the hands of free-soil Northerners who wanted to counter Southern—that is, slave-holding—expansion into the Mexican Cession, and President James Polk signed a bill in 1848 making Oregon the first U.S. territory west of the Rockies.

The hostages were released during the ensuing Cayuse War of 1848-1850, but that war escalated as white immigration increased. The Americans lacked enough money or people for all-out war, but they used what became known as the Whitman Massacre to justify raids and to bring the perpetrators to trial in Oregon City in 1850.

After an inter-tribal alliance collapsed, the Cayuses ended up on the Umatilla Reservation east of Pendleton in 1855. In 1853, Washington Territory was carved out of Oregon, and Isaac Stevens, its first governor, forced remaining Plateau Indians onto reservations. The Yakamas and others resisted, and their 1856 war merged with conflicts in Puget Sound and on Oregon’s Rogue River, lasting until 1858. Northwest expansion would have occurred regardless of the Whitmans, but their martyrdom hastened and helped sanction American settlement. 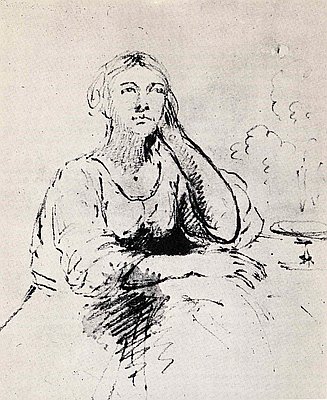 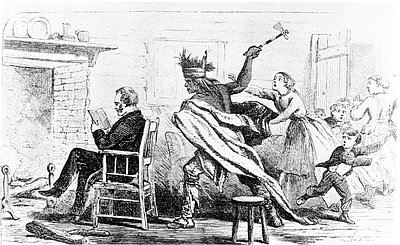 Confederated Tribes of the Umatilla Indian Reservation. "Our History and Culture." www.umatilla.nsn.us/hist2.html.

Missionary Narcissa Prentiss Whitman is probably Old Oregon’s most famous and tragic woman. Her reputation ranges from heroic to intolerant. In 1836, she moved west with her husband, Dr. Marcus Whitman, to establish a mission. Determined to Christianize and civilize the Cayuse Indians of the Columbia Plateau region, their …