Charrería is a Mexican sport that involves skillful roping, talented horsemanship, and working with cattle. Beginning in 1943, many of the braceros who worked in Oregon established residence in the state, and Latino communities in places such as the Willamette Valley, Klamath County, and eastern Oregon created spaces to informally practice charrería, as they had back home. For many, the skills used in the game had been part of their livelihood in Mexico.

Created in the sixteenth century, when Spanish conquerors brought horses and cattle to the Americas, charrería has endured. The large hacienda fields in Mexico provided a perfect landscape for the sport, and agriculture and cattle raising shaped the culture of the charro. The sport served as a foundation for Mexican identity and pride in dire times, especially after the Mexican Revolution. In the early 1930s, the president of Mexico, Abelardo Rodriguez, named charrería the country’s national sport.

Participants of all ages compete in charrería, and it is not unusual for several generations of family members to enter. Adults most often participate in horseback-riding events such as cala de caballo, piales, terna, piales a pie, and piales a caballo. Young adult males often participate in elaborate rope trick events or bull and bronc riding, such as jineteo de toro, terna, piales a pie, piales a caballo, and paso de la muerte. Women participate in escaramuza, executing daring feats and precision maneuvers while riding sidesaddle. The women's events symbolize the role of women during the Mexican Revolution, a reference to the skilled and strategic horsemanship women displayed on the battlefield.

Charrería judges look at the performance of both teams and individuals, focusing primarily on style and execution. They also judge the horses’ conformation, horse training, and the timely execution of events, including technique, the level of sophistication demonstrated in the use of the rope and in riding, and whether an event is performed on a trained or wild horse or on a bull. Awards range from cash and equipment, such as trucks, horse trailers, saddles, and belt buckles, to the biggest charro honor, the title of team or individual champion.

About five hundred people attend the state championship in Oregon each year, most of them charro family members and friends. Stand-out charro athletes include the Barajas family of Woodburn, the Serrano family of Mulino, and the Mendoza and Correa families of Portland, who have shared and passed on the tradition of charrería. 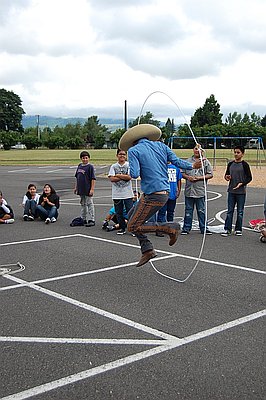 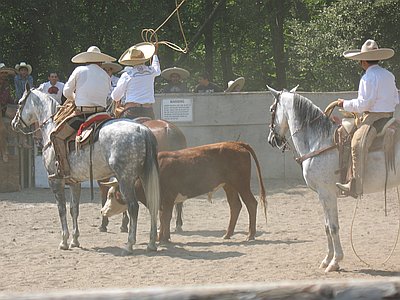 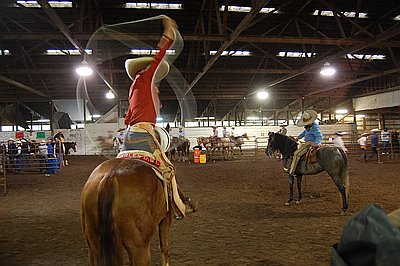 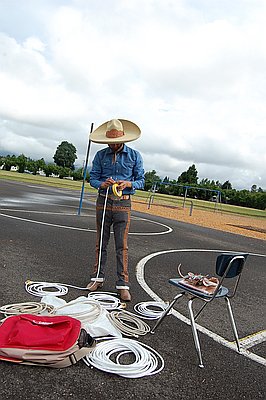 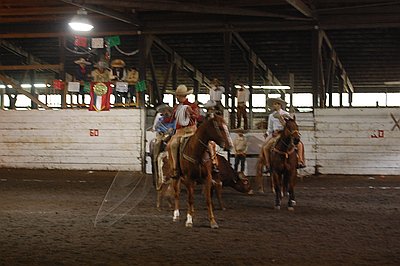 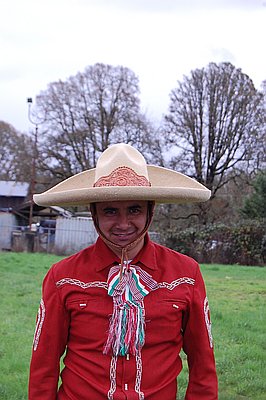 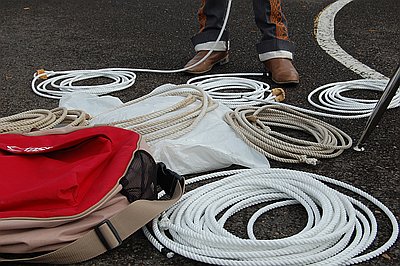