The Burnett Site (35CL96), located on a terrace above the Willamette River in a private residential neighborhood within the City of Lake Oswego, is one of the oldest archaeological sites in the Pacific Northwest, dating back to the transition from the Late Pleistocene to the Early Holocene. Over 7,000 prehistoric artifacts were recovered and analyzed from the site, including various stone tools and debitage (debris from the making of stone tools and weapons).

Robert Burnett first recorded the site on his property in 1987. Initial archaeological excavations by Portland State University from 1987 to 1990 recovered artifacts representative of the Early Archaic period, which began shortly after the end of the last ice age. Recent excavations in a portion of the site, conducted by Archaeological Investigations Northwest Inc. and funded by the Lake Oswego–Tigard Water Partnership, provided additional artifact and data analyses.

The site served as a seasonal hunting camp that was likely occupied and reused over a period of roughly 11,500 years. Hunting equipment armed with stone projectile points was manufactured, used, resharpened, and eventually discarded at the site. Tools used for butchering and processing game animals suggest that the occupants of the site lived at the location for brief periods of time to perform tasks associated with hunting and hide-processing.

The analysis of blood residue trapped in microscopic cracks of stone tools at the site suggest that deer, ducks, and bighorn sheep were butchered at the Burnett Site. Because bighorn sheep prefer dry and open surroundings and are not currently found in the northwest Willamette Valley, the site provides evidence that paleoenvironmental conditions were much different than they are now.

A number of specialized dating techniques were used to establish the age of the site. A charcoal sample produced a radiocarbon date of 7,260–7,160 calibrated calendar years before present (cal BP). Optically stimulated luminescence, a technique that determines the time since now-buried sediment layers containing artifacts were last exposed to sunlight, yielded dates between 13,650 and 2,160 cal BP. Obsidian, a natural volcanic glass shaped into tools by early occupants of the Burnett Site, can also be dated using a technique called obsidian hydration. Freshly made obsidian artifacts absorb water molecules and form a microscopic hydration band, or rind, that thickens over time. By measuring these rinds, the obsidian hydration analysis produced multiple dates that clustered in three ranges between about 10,500 and 2,000 cal BP. The geochemistry of the obsidian artifacts indicates that obsidian was imported from southeast Oregon, as far as 200 miles from the site.

The Burnett site is nearby Oswego Lake, which is located between the traditional territories of the Clackamas Chinook and the Tualatin band of the Kalapuya. Both groups seasonally migrated to the lake to gather roots, to fish, and to hunt waterfowl, and they traveled to nearby Willamette Falls for salmon. Oral tradition refers to the area as a place where “bad” things dwell, and Clackamas Chinook texts describe individuals who gained spirit power from water beings who lived in the lake. Such stories may have been used by the Clackamas Chinook to establish the area surrounding the lake as taboo, thereby creating a buffer between the Clackamas and the nearby Tualatin Kalapuya to the west that would help reduce conflict. Although the Tualatin were connected politically with the Clackamas Chinook, the two groups were linguistically and culturally distinct, increasing the likelihood that tensions might arise through the common use of areas around the lake.

A sculpture commemorating this cultural and tribal legacy of Lake Oswego was installed in George Rogers Park along the Willamette River near the Burnett Site. The Man from Kosh–huk–shix, created by artist Travis Stewart of the Confederated Tribes of Grand Ronde, was inspired by the story of a man who harvested eels from Willamette Falls and taught his village how to cook them to fend off starvation during a brutal winter. The installation was a cooperative effort of the Lake Oswego–Tigard Water Partnership, the Confederated Tribes of Grand Ronde, and the City of Lake Oswego. It is a reminder of the area’s long history of use by Native people. 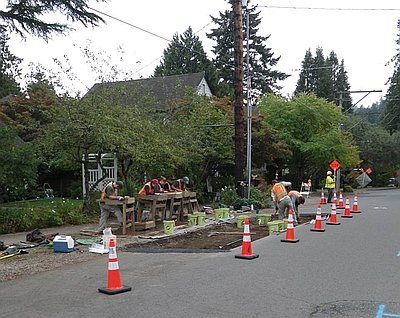 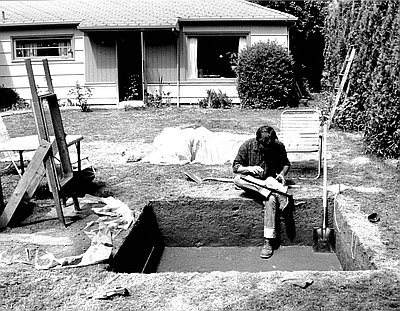 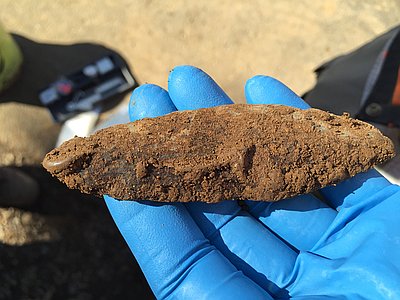 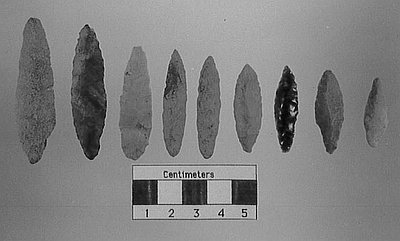 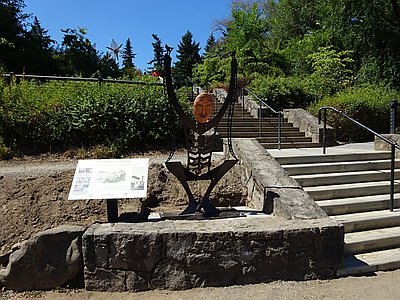 Cathlapotle is the archaeological site of a major Chinookan town located in the Portland-Vancouver metropolitan area, at the place where Lake River, Gee Creek, the Lewis River, and the Multnomah Channel join the Columbia near Ridgefield, Washington. It was founded in its current location at about AD 1450. Of the …

Fort Rock Cave is located in a small volcanic butte approximately half a mile west of the Fort Rock volcanic crater in northern Lake County. Near the end of the Pleistocene, a massive lake filled the Fort Rock Basin, and erosion from wind-driven waves carved the cave about seventy-five feet …

The Meier site, the subject of an archaeological excavation that documents an early community on the lower Columbia River, is located near Scappoose, on the margin of the Columbia floodplain. The site, named for the farmer who once owned the land, contains the remains of a single, large, 90-by-55-foot Chinookan …