Angus Livingston Bowmer was the creator of the Oregon Shakespeare Festival, the largest resident acting company in the United States and one of the biggest tourist and cultural attractions in southern Oregon. Under his direction, the Festival produced the Shakespeare canon in rotation—a tradition that continues, completing the cycle for the fourth time in 2016. The Oregon Shakespeare Festival is the only theater in the United States to stage all thirty-seven plays separately.

Angus Bowmer was born in Bellingham, Washington, on September 25, 1904, the only child of newspaper publisher Charles C. Bowmer and Florence Priest. His was a musical family which often talked about forming a company and going on the road to perform. They never did, but his parents did develop an enthusiastic audience on radio stations KOMO in Tacoma and KWJJ in Portland, where they sang and performed skits. “It is no wonder that I inherited a flair for public performance,” Bowmer wrote in As I Remember, Adam: An Autobiography of a Festival (1975).

At Bellingham Normal School (now Western Washington University), where he trained to be a teacher, Bowmer had his first role in a Shakespeare play—Adam in As You Like It. Beginning in 1923, he taught in elementary schools in the Puget Sound area while earning his bachelor’s (1930) and master’s (1934) degrees at the University of Washington. Bowmer married Lois Muzzall in 1926.

In 1931, Bowmer was invited to teach English at Southern Oregon Normal School in Ashland (now Southern Oregon University). The two-year curriculum, which was designed to train elementary schoolteachers, included only one theater course, on play production. Bowmer soon added a series of laboratory courses to the curriculum—scenery building, lighting, and costuming—and he produced a play each spring.

Bowmer played Shylock in Shakespeare’s The Merchant of Venice at the school in 1934. The production was a hit, and he proposed to stage the play again, along with Twelfth Night, during Ashland’s Fourth of July celebration the next year. For the performance, he converted the abandoned shell of the Chautauqua stage in Lithia Park into an Elizabethan-style theater. Lois Bowmer designed and constructed costumes and scenery for the early plays and served as art director.

The shows were a success and were repeated the following summer, with the addition of Romeo and Juliet. It was the beginning of the Oregon Shakespeare Festival. The Festival took a production of The Taming of the Shrew to the Golden Gate International Exposition in San Francisco in 1939 and broadcast the performance nationwide over NBC radio.

On his first sabbatical from Southern Oregon Normal School in 1936, Angus and Lois Bowmer traveled to New York and London, where they saw more than forty theater productions, including performances by Ethel Merman, Helen Hayes, Lawrence Olivier, and Alec Guinness, accomplished artists who would have an enormous influence on Bowmer. The couple divorced in April 1940. Angus Bowmer married Gertrude Butler in December 1940.

After serving in the U.S. Army in 1942-1945, Bowmer returned to the Southern Oregon College of Education, as it was now called, in January 1945. He resumed teaching and began producing plays. In 1947, he revived the Oregon Shakespeare Festival, aided by the promise of a thousand-dollar honorarium from the Ashland Chamber of Commerce.

Bowmer insisted that the Festival be operated by professional experts but believed that it should remain a people’s theater that belonged to its audience. It should have an internal organizational structure and be solvent, he said, and it needed to be exciting without being quixotic. Above all, the Festival should be “an instrument of communication…to make clear to its audience…ideas and emotions concerning the interrelationship of Man and Man, Man and his environment, and Man and his God.” His interest in creating a wide theater community in 1947 resulted in a box office twice as large as pre-war seasons.

In 1947-1948, Bowmer attended Stanford University on the GI Bill to study with Shakespeare scholar Margery Bailey. Five years later, Bailey created the Institute of Renaissance Studies at the Festival and became its academic advisor. Bowmer recruited others from Stanford at about the same time: Steven Maze, lighting designer for 10 years; William Patton, executive director for 40 years; and Richard Hay, scenic designer for 60 seasons and 245 productions and designer of the Elizabethan stagehouse and the Angus Bowmer Theatre. By 1963, the theatre played to an unmatched 98.2 percent capacity.

Coinciding with Shakespeare’s four hundredth anniversary year in 1964, Bowmer expanded the summer festival into the school year to extend its education program. In 1970, with the opening of the indoor Angus Bowmer Theatre, the Oregon Shakespeare Festival expanded to nine months, from February to October. A show from each season was broadcast nationally on the radio in 1951-1974, contributing to a longer Festival season and a more geographically diverse audience.

Bowmer stepped down as artistic director of the Oregon Shakespeare Festival in 1971. Over thirty-six years, he had produced all thirty-seven Shakespeare plays, directed thirty productions, and performed thirty-two Shakespearean roles in forty-three stagings, including eleven Shylocks. His contributions brought him numerous awards, including an honorary Doctor of Fine Arts from the University of Portland in 1964, Special Recognition by the Oregon legislature in 1965, and the first Oregon Governor’s Award for the Arts in 1977. In 1979, he received a commendation from the United States Institute for Theatre Technology for a “life [that] has enlightened his community, his profession, and, indeed, all of the American theatre.” 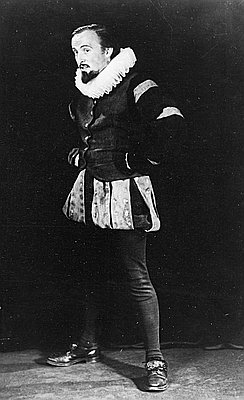 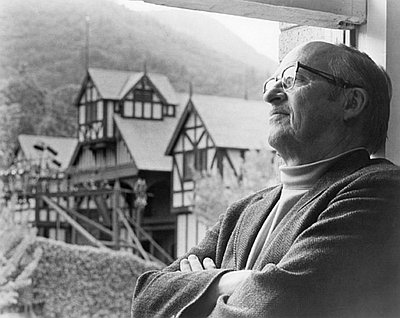 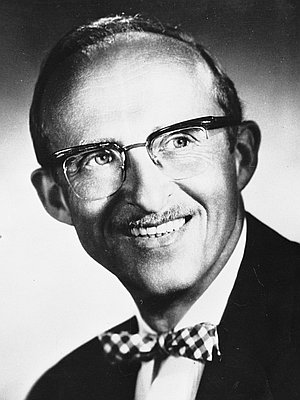 Bowmer, A.L. As I remember, Adam: An Autobiography of a Festival. Ashland, Ore.: The Oregon Shakespearean Festival Association, 1975.

Cwi, D., and K.C. Lyall. Economic Impacts of Arts and Cultural Institutions: A Model for Assessment. Washington, DC: National Endowment for the Arts, 1976.

For twenty years, from 1971 to 1991, Jerry Turner was artistic director of the Oregon Shakespeare Festival (OSF). He was the second person to fill the position, succeeding legendary founder Angus Bowmer.

Turner assumed artistic leadership of OSF during a period of rapid growth, which saw the addition of two …

Lithia Park in Ashland is a good example of what Fredrick Law Olmsted called "the genius of place." The park rambles from the edge of the city, along Ashland Creek canyon, to the slopes of Mount Ashland. At 93 acres, it is large for a town of only 21,000, but the park …

The Oregon Shakespeare Festival (OSF), under the leadership of Angus L. Bowmer (1904-1979), had its beginnings as a two-play festival in Ashland on July 2, 1935, with performances of William Shakespeare’s Twelfth Night and The Merchant of Venice. Since then, the festival—a membership organization incorporated in 1937 as the …

The origins of Southern Oregon University, situated on a leafy hillside overlooking Ashland, go back to 1869 when a group of local citizens, calling themselves the Rogue River Valley Educational Society, met to plan an academy or college. Although they found some funding, acquired a site, and began construction that …

William Patton, the first general manager and executive director of the Oregon Shakespeare Festival (OSF) in Ashland, believed that art is connective—that is, that art begets art. During his tenure at OSF, from 1953 to 1995, the organization became one of the largest repertory theaters in the United States. According …