For twenty years, from 1971 to 1991, Jerry Turner was artistic director of the Oregon Shakespeare Festival (OSF). He was the second person to fill the position, succeeding legendary founder Angus Bowmer.

Turner assumed artistic leadership of OSF during a period of rapid growth, which saw the addition of two new theaters, an expanded non-Shakespearean repertory, an extended season, soaring attendance, and professional status for the company as an Actors' Equity Association house. Under Turner, the festival earned national recognition, winning the Antoinette Perry (Tony) Award in 1983. In 1991, after Turner refused a National Endowment for the Arts grant because of its restrictions on freedom of expression, he received commendations from the Society of American Journalists and Authors and the American Civil Liberties Union. In that gesture, Turner expressed his deep belief in the value of theater.

Born in 1927 in Loveland, Colorado, Turner never strayed far from his roots in the rural West. The blunt, candid assessments he delivered in his gravelly voice were accompanied by wry amusement, a storyteller's eloquence, and a generous heart. He earned a bachelor's and master's degree at the University of Colorado and a Ph.D. in theater at the University of Illinois. In 1957, Turner moved west to head the theater department at Humboldt State University in Arcata, California, and to begin his long career with OSF, at first as an actor.

In 1960, Turner directed Julius Caesar, his first Shakespeare production for OSF; Macbeth, in 1995, would be his last. He directed more than forty productions at OSF, not only of Shakespeare but also European and American classics such as George Bernard Shaw's Major Barbara, Eugene O'Neill's Long Day's Journey into Night, and Anton Chekhov's Three Sisters.

In 1964, he left Humboldt State for the University of California at Riverside, and in 1970, he was awarded a fellowship to study theater in Sweden. He returned with a knowledge of Swedish language and culture and an enthusiasm for August Strindberg's plays, an enthusiasm that soon expanded to encompass Norwegian and Henrik Ibsen. Turner went on to translate Strindberg's and Ibsen's original texts for his many productions of their plays.

In 1991, Turner retired as artistic director. He was succeeded by Henry Woronicz, but he continued through the decade to work as a director and translator. Ibsen's Rosmersholm, in 1999, marked his final OSF appearance as director. In 2003, OSF produced Ibsen's Hedda Gabler, with Bill Rauch as director, using Turner's translation and assistance. Turner died of heart failure on September 2, 2004, at his home in Olympia, Washington. Hundreds of friends and admirers filled OSF's Angus Bowmer Theatre on January 24, 2005, for a commemorative celebration of Jerry Turner's life and work. 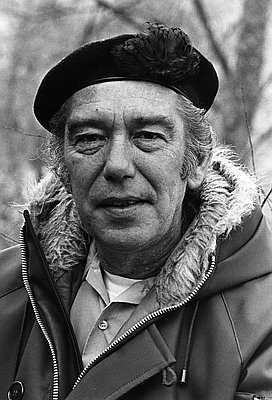 Angus Livingston Bowmer was the creator of the Oregon Shakespeare Festival, the largest resident acting company in the United States and one of the biggest tourist and cultural attractions in southern Oregon. Under his direction, the Festival produced the Shakespeare canon in rotation—a tradition that continues, completing the cycle for the …

The Oregon Shakespeare Festival (OSF), under the leadership of Angus L. Bowmer (1904-1979), had its beginnings as a two-play festival in Ashland on July 2, 1935, with performances of William Shakespeare’s Twelfth Night and The Merchant of Venice. Since then, the festival—a membership organization incorporated in 1937 as the …

William Patton, the first general manager and executive director of the Oregon Shakespeare Festival (OSF) in Ashland, believed that art is connective—that is, that art begets art. During his tenure at OSF, from 1953 to 1995, the organization became one of the largest repertory theaters in the United States. According …