Rabbi Stephen S. Wise, one of the most significant American Jewish leaders of the twentieth century, served Portland’s Congregation Beth Israel from 1900 to 1906. His Oregon sojourn laid the foundation for his career as a national champion of liberal Judaism and Zionism while profoundly shaping his congregation and Oregon Jewry.

Born in 1874 in Budapest, Hungary, the son and grandson of rabbis, Wise was an infant when his family moved to New York City. A precocious student, he graduated from Columbia University at age eighteen and was ordained in Vienna the following year; he would later earn a doctorate from Columbia as well. Already recognized as a gifted orator, Wise was named "assistant preacher" at B’nai Jeshurun, a leading New York congregation, when he was nineteen. Within a year, he was elevated to the rabbinate when the senior rabbi died.

Wise quickly emerged as a spokesperson for liberal causes, including women’s and immigrants’ rights. Despite the American Jewish establishment’s antipathy toward Zionism, he embraced the movement, attended the second international Zionist Conference in 1898, and was appointed American secretary of the world Zionist movement.

While visiting the Pacific Northwest as a Zionist emissary in 1899, Wise attracted the attention of Beth Israel’s leadership and was recruited as rabbi. Insisting on a “free pulpit”—the right to speak and preach without interference—Wise advocated for social causes such as woman’s suffrage, child labor restrictions, workers' rights, the suppression of vice, and juvenile justice reform. After leaving Portland, he became an early member of the national boards of the NAACP and the ACLU.

In Portland, Wise built close alliances with like-minded religious and secular activists, including several of the city's most prominent ministers and its popular reform mayor, Harry Lane. Although Wise refused a post in Lane’s cabinet and an effort to recruit him as a candidate for the U.S. Senate, he accepted appointment to the State Child Labor Commission and served as first vice-president of the Oregon Conference of Charities and Correction. His sermons drew many from outside the Jewish community, and he became a popular speaker throughout the region.

Wise’s activism bolstered the prominence of a congregation that counted Oregon’s leading Jews among its members, including politician and philanthropist Ben Selling, U.S. Senator Joseph Simon, and future Oregon governor Julius Meier. Wise brought the congregation into closer alignment with the American Reform movement and strove to democratize its practices. He inspired congregants’ embrace of social activism, leading directly to the founding, in 1905, of Neighborhood House by the Council of Jewish Women’s Portland Section; the social settlement would provide social services to south Portland residents for decades. Wise also laid the local foundation for Zionism, attracting many congregants to the cause, unusual for a Reform congregation.

Although Wise remembered his Portland years as the happiest in his life, he was drawn to New York, where he could continue his advocacy on a larger stage. Offered the rabbinate at Emanu-El, New York’s “cathedral synagogue,” Wise insisted—unsuccessfully—on a free pulpit. National coverage of the negotiations enhanced the rabbi’s reputation as a “champion of democracy.” Rejecting Emanu-El’s offer, Wise founded the Free Synagogue (later renamed the Stephen Wise Free Synagogue), which he led until his death in 1949 and which served as a base for his activities as Zionist, activist, and American Jewish leader.

During the 1930s, Wise was tireless in his efforts on behalf of European Jews, leading a 1933 Jewish boycott of Germany, finding refuge for those fleeing Europe, publicly revealing evidence of the Final Solution, and working toward the creation of a Jewish homeland in Palestine. This work found organizational form in the World Jewish Congress, created in 1936; Wise was a founder and served as president until his death. In addition to the New York synagogue, the Stephen S. Wise Temple in Los Angeles and a street in Jerusalem are named after him.

Just before accepting the pulpit at Beth Israel, Wise had become engaged to Louise Waterman, whom he would marry in 1900. An activist in her own right, Waterman Wise rebelled against her family by working in settlement houses in New York slums. It was through this work that she met her future husband. During her six years in Portland, and again after the couple's return to New York, Waterman Wise remained active in charitable activities, particularly in work with Jewish orphans and on behalf of European Jewish refugees. The couple had two children, both born during their Portland years. 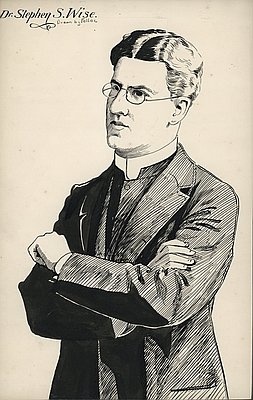 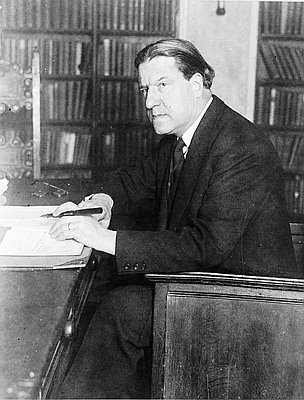 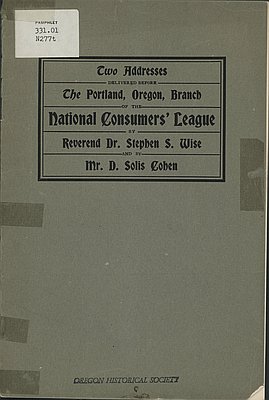 Ben Selling—an early Portland merchant, elected official, and philanthropist—truly reflects the inscription on the Skidmore Fountain in the city where he lived and worked for nearly all of his life: “Good citizens are the riches of a city.” In both his work and his personal endeavors, Selling put Portland and the …

Harry Lane epitomized the spirit and activism of Oregon’s progressive reform era, as a physician and public health advocate, a two-term Portland mayor, and a United States senator. He challenged injustice in the medical profession, worked for reform in public health and Indian policy, supported women’s rights, battled the power …

Rabbi Jonah B. Wise led Congregation Beth Israel, Portland’s oldest and most prestigious synagogue, from 1907 to 1926. He played a key role in shaping the congregation and the larger Jewish community before leaving Oregon for New York and a career as a leader in national Jewish affairs.

Julius Meier served as Oregon’s governor from 1931 to 1935 during the darkest years of the Great Depression. While coping with the impact of huge budget deficits, he advanced many progressive innovations and reforms that have since been enacted and have had a tremendous impact on the state. Future Governor Charles …