Julius Meier served as Oregon’s governor from 1931 to 1935 during the darkest years of the Great Depression. While coping with the impact of huge budget deficits, he advanced many progressive innovations and reforms that have since been enacted and have had a tremendous impact on the state. Future Governor Charles Sprague, then editor of the Salem Oregon Statesman and a strong critic of Meier, nevertheless later recognized him as one of the two best governors of his lifetime.

The younger son of Aaron Meier, the founder of Meier & Frank, Julius was born in Portland on December 31, 1874. After graduating from the University of Oregon School of Law in 1895, he practiced law in Portland in partnership with George Joseph. In 1910, he became general manager of his family’s department store, leading the company through a period of substantial growth. Four years later, he purchased the Columbia River estate that came to be known as Menucha, a family retreat and the place where they entertained, among many others, Presidents Herbert Hoover and Franklin D. Roosevelt.

Meier was active in a number of community endeavors, providing leadership and financial support for the foundation of the Zionist Society of Oregon in 1901, the 1905 Lewis and Clark Exposition, the Oregon commission for the 1915 San Francisco exposition, the World War I Liberty Loan drive, and the construction of the new Temple Beth Israel in 1927. Portland's most significant supporter of the Columbia River Highway project, he helped initiate the project and assembled the political and financial support to build first the Portland-Astoria stretch and later the Portland-The Dalles section.

Inevitably, Meier’s prominence and his Jewish religion made him a target of the Portland Ku Klux Klan, which called for a boycott of Meier & Frank. The Klan was further incensed by his appointment to the commission charged with bringing a world exposition to Portland in 1925. The boycott was unsuccessful, as was, in the end, the exposition project.

Meier entered politics when his friend George Joseph, the Republican candidate for governor in 1930, died of a heart attack. When Meier was approached to run in Joseph‘s place, he at first declined; but finding considerable support for his candidacy, decided to run. The Republican Central Committee, however, put its support behind Phil Metschan, the state party chairman and a conservative. Upset by the party’s abandonment of Joseph’s principles, Meier decided to run as an Independent. The major newspapers in the state, including the Portland Oregonian and the Salem Oregon Statesman, opposed his candidacy. He responded to the Oregonian's attacks by announcing that the only thing of significance in the paper was the Meier & Frank advertisement. Meier won the election handily, with more votes than his two opponents combined.

Faced with the realities of the Depression, Governor Meier was forced to cut many state services, including higher education, in an effort to address the budget deficit. At the same time, he promoted relief programs to ease the effects of unemployment. He is recognized for his advocacy of old-age pensions and public power and for the establishment of the Oregon State Police, the Liquor Control Commission, and the State Board of Agriculture. He fought for the maintenance of state forests, highway beautification, and the protection of beaches.

While Meier enjoyed widespread support, he did not seek a second term in 1934 because of health concerns. He retired to Menucha, where he died of a heart attack on July 14, 1937. The estate is now the Menucha Retreat and Conference Center operated by the First Presbyterian Church in Portland. 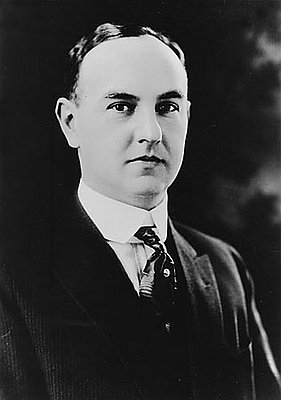 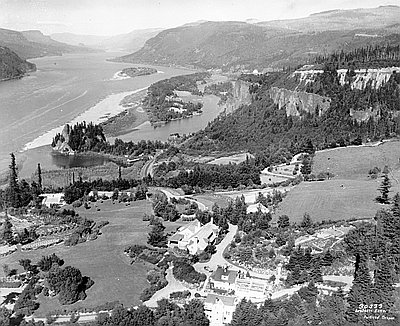 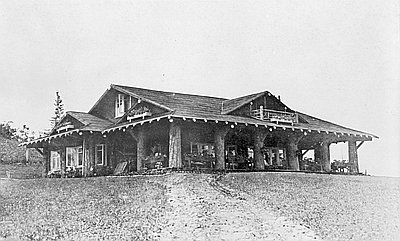 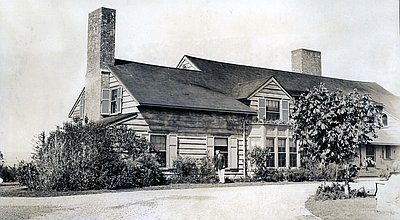 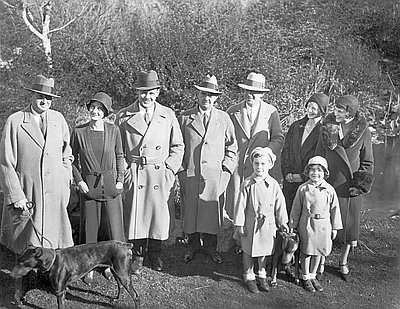 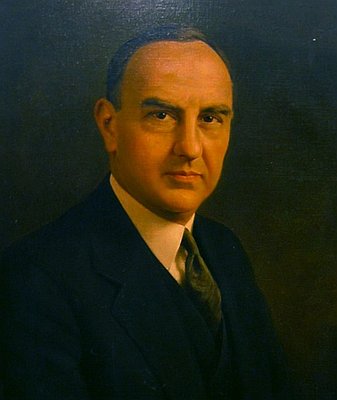 Menucha, a prime northwest conference center, is located on a windy bluff in the Columbia River Gorge, 25 miles east of downtown Portland and 700 feet above the river. The land was settled on and farmed beginning in 1873 by the Josiah Painter family.