Ernest Henry Wemme is best known in Oregon history for being a successful businessman and philanthropist. He purchased the Barlow Road in 1912 and established a post office and community bearing his name near Welches and Brightwood on Mount Hood on present-day U.S. Highway 26. The owner of the first automobiles in Portland—a Stanley Steamer/Locomobile in 1899 and a gasoline-engine Haynes-Apperson in 1900—he also owned an early Curtiss airplane, which he exhibited in Portland in 1910. When Wemme died in 1914, he was one of the richest men in Portland with an estate worth about a million dollars ($23.5 million in 2015).

Born in Saxony in 1861, Wemme had a limited education and worked at odd jobs while traveling for pleasure in several European countries. He came to the United States in 1879 at age seventeen after meeting an American couple in Florence, Italy, who persuaded him to emigrate. He worked at many jobs from New York to Chicago, where he suffered a potentially debilitating injury working as an electrical lineman in 1881. A single mother with several children took him in and nursed him back to health, an act of kindness Wemme never forgot.

By 1882, Wemme had arrived in Portland, where he first worked for W.S. Ladd at the Albina Flouring Mill; but his ambition soon led him to establish Willamette Tent and Awning Company with a partner, whom he bought out in 1887. Ten years later, with brother Augustus as his partner, he made considerable profit supplying men headed to the Klondike gold fields. In 1898, the company landed a U.S. government contract to supply tents to the army during the Spanish-American War, which made Wemme a fortune. In 1907, the Wemme brothers sold the company to Max S. and Leopold B. Hirsch, who retained Wemme’s secretary H.S. Weis. In 1931, the new partners renamed the business White Stag, a translation of their names—Weis and Hirsch (German for white and stag)—into English.

From 1907 on, Wemme invested heavily in Portland real estate, especially in business blocks north and south of West Burnside Street and the Overlook neighborhood in North Portland. But his passion was automobiles, and he eventually owned thirty-five cars. He was a founding member of the Portland Auto Club—its president in 1910—and an indefatigable advocate of building roads for autos to link Northwest cities. His great ambition was to develop a modern auto road to Mount Hood, and he tried to purchase the Barlow Road Company, which operated a toll road over much of the historic Barlow Trail, but balked at the $35,000 price. By 1912, with automobilists demanding better roadways and the Barlow route in poor shape, Wemme was able to buy the road for $4,500. He eliminated the tolls, pumped in $25,000 in improvements, and promoted it as a gateway to Mount Hood recreation.

In 1911, Wemme’s physician gave him four months to live, the result of advanced diabetes. He stubbornly avoided medical treatment, embraced Christian Science, and retired from business affairs. As his condition declined, he continued to promote good roads in Oregon. In 1912, the State of Oregon refused his donation of the Mount Hood Highway (today’s U.S. Highway 26) as too costly to maintain. Nevertheless, Wemme continued to improve the road. The Oregon Highway Commission finally accepted a deed and responsibility for the road in 1919 as part of a planned Loop Highway around Mount Hood.

Wemme died on December 17, 1914, in Los Angeles, where he succumbed from diabetic shock. His will benefited disabled former workers and left nearly $500,000 to endow an institution for “conducting a maternity home or laying-in hospital for unfortunate and wayward girls in the city of Portland, Multnomah County and State of Oregon.” Legal challenges to Wemme’s will clouded the establishment of the home, but by 1920 the Salvation Army became the owner. An Oregon Supreme Court decision in 1928 made the endowment accessible to the Salvation Army, and its White Shield Center, located in northwest Portland near Forest Park, carries out Wemme’s intended mission. 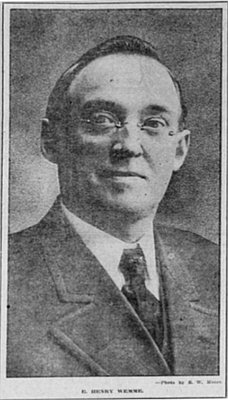 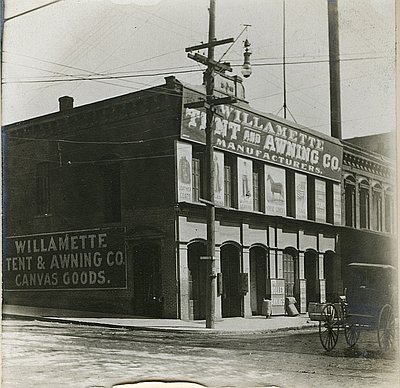 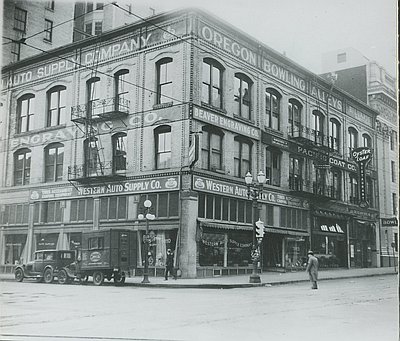 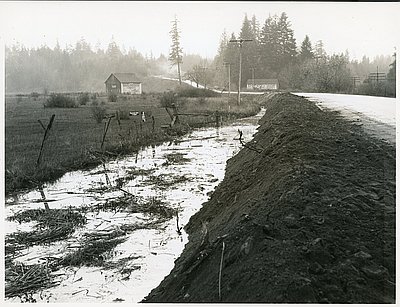 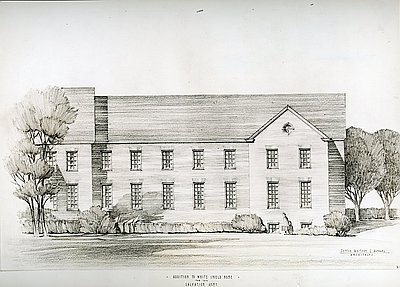 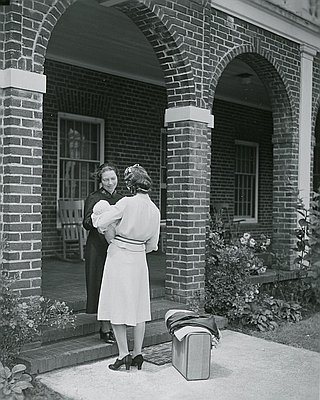 The White Stag block is a renovated complex of environmentally friendly buildings in Old Town, Portland, which now houses the University of Oregon School of Architecture. The namesake White Stag building at 70 Northwest Couch Street, built in 1907, was originally known as the Hirsch-Weis building, after its owners Max …