Nohad Toulan put his stamp on the College of Urban and Public Affairs, Portland State University, the city of Portland, and many other cities, from Cairo to Makkah (also known as Mecca). A patient and long-term thinker, he was part of every important conversation about the future directions for Portland and the region. He exemplified what Aristotle called phronesis, or practical wisdom.

In 1972, Toulan joined the faculty at Portland State University, where he would teach until retirement in 2004. He and his wife Dirce, an architect and planner from Argentina whom he had met at the University of Pennsylvania, wanted to raise their two children­ in a city like Portland rather than New York, and he relished the challenge of bringing coherence to a disparate collection of urban studies activities. Starting with a small core of research institutes and instructional programs, he worked over three decades to bring together a College of Urban and Public Affairs (CUPA) that now includes the Toulan School of Urban Studies and Planning and the Hatfield School of Government. Dirce’s constant partnership is recognized in the Dirce Moroni de Toulan Library in the Urban Center.

While building CUPA as an institution, he also worked to find suitable space for the college, putting together multiple funding sources to build the Urban Center and Plaza (2000), which has been a pivot point in the development of the larger University District. The City of Portland had undertaken a Central City Plan in the mid-1980s, and Toulan secured the inclusion of a single point among the dozens of action items: “Create a University District which fosters Portland State University’s growth,” an action that opened up opportunities for the university to grow and develop in partnership with the city.

Toulan always looked for ways to build on Portland State’s advantages—its location, its diverse population of nontraditional students, and its ability to attract faculty interested in building community connections—to make it a pioneer in community-based education. An early example was the Vital Partners compact among the City of Portland, Multnomah County, and Portland State involving research and support for graduate students. One report resulted in the decision that the county would stop providing municipal services and that Portland and the City of Gresham to the east would annex what had previously been unincorporated suburban neighborhoods, thus shaping the political landscape of the twenty-first century.

In 1990, Portland State faced a crisis when the Governor’s Commission on Higher Education floated a proposal to dismantle the university, giving the parts that generated outside funding to Oregon State University in Corvallis, the University of Oregon in Eugene, and Oregon Health and Science University in Portland and leaving the remnants for what would be a truncated and impoverished Portland State. Toulan helped PSU President Judith Ramaley create a strategy to keep the university intact and growing. He pointed out provisions in the federal Higher Education Act that sketched the outlines for a new type of institution to be known as an urban research university, on a rough analogy with the land grant universities that had such fruitful relations with the nation’s agricultural and resource economy. With his help, Portland State crafted a compelling identity as an urban university whose research and teaching serves the metropolitan community. It is now a national model for the engaged university.

Toulan was a city planner by profession and a long-range thinker by temperament. In addition to having leading roles in national professional organizations, he was involved in every important land use and planning discussion in the Portland region from the mid-1970s until his death in 2013, serving on innumerable committees, advisory boards, and boards of nonprofit organizations. He served on the committee that drafted the first Urban Growth Boundary for the Portland region, a potentially explosive process that found broad consensus. He also maintained an active consulting practice in the Middle East and Africa, often working with the United Nations Development Program. His work helped shape cities in Lebanon, Jordan, Dubai, Abu Dhabi, Turkmenistan, Bahrain, Egypt, and Saudi Arabia, where in 1984–1985 he directed the regional master plan for the Holy City of Makkah. Through his direct work and that of his many students, he had an impact on urban development in the Arab world.

Nohad Toulan and Dirce Moroni de Toulan died in an automobile crash on October 28, 2013, while vacationing in Uruguay.

Nohad A. Toulan School of Urban Studies and Planning: https://www.pdx.edu/usp/about-the-toulan-school-of-urban-studies-planning 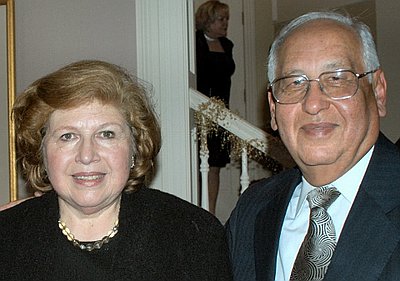 In 1973, Oregon took a pioneering step in land use planning. Signed into law on May 29, 1973, Oregon Senate Bill 100 created an institutional structure for statewide planning. It required that every Oregon city and county prepare a comprehensive plan in accordance with a set of general state goals. …

Each urban area in Oregon is required to define an Urban Growth Boundary (UGB). Housing tracts, shopping malls, and other kinds of urban development are not allowed to sprawl past that boundary, while agricultural lands and open space outside a UGB are preserved.

Oregon's land-use system and UGBs are an …