The Holy Names of Jesus and Mary is a Roman Catholic women's religious congregation established in accordance with Church law at Longueuil, Quebec, Canada, in 1844, for the Christian education of children and young girls. Twelve sisters arrived in Portland on October 21, 1859, to open St. Mary's Academy for girls, their first establishment outside Canada. Initial enrollment included Catholic and non-Catholics alike, something that would be a trademark for Holy Names undertakings. Other teaching assignments quickly followed at the Portland parish schools of St. Joseph's (1861), St. Patrick's (1885), and St. Francis (1886) and at Oregon City (1860), St. Paul (1861), Salem (1863), The Dalles (1864), Jacksonville (1865), Baker City (1872), and Astoria (1896).

In 1864, twelve additional sisters from Canada arrived to reinforce the original Oregon contingent. Then, in 1871, formal permission arrived to create a novitiate in Portland that would support further staffing of Oregon parish schools.

The Holy Names Sisters, in addition to their educational endeavors, undertook works of mercy that would characterize the history of the order (also known as a community or congregation) in Oregon. Shortly after their arrival, they began to visit sick Catholics and non-Catholics, comfort the dying, prepare the dead for burial, and take in orphans. During a smallpox epidemic in Jacksonville in 1869, the sisters closed their school to nurse the victims. In 1908, the sisters opened an orphanage at their Lake Oswego property.

In 1893, Portland's St. Mary's Academy's charter was amended to allow the school to award college degrees. Renamed St. Mary's Academy and College, it was the first four-year liberal arts college for women in Oregon and one of the first Catholic women's colleges in the United States. In 1912, the Order’s provincial house had been moved to a site on the Willamette River south of Lake Oswego, and in 1930, the college was moved there. The following year, the college gained accreditation and was renamed Marylhurst College.

During the twentieth century, the Holy Names Sisters were active participants in the successful legal challenge that overturned the state's anti-Catholic school bill of 1922. In 1930, they opened the doors at Portland's St. Mary's Academy to African American students; in 1937, they established a pre-nursery through second grade school for Japanese children in Portland and helped staff a Catholic-sponsored, Portland interracial day nursery started in 1940. The Oregon Holy Names Sisters  also had missionaries in Basutoland [Lesotho] beginning 1937 and Japan beginning 1933. In 1962, the sisters sent missionaries to Peru and Brazil.

In the 1970s, the Sisters of the Holy Names responded to declining numbers entering the community and lower Catholic school enrollments by withdrawing members from teaching in parochial schools. In 1974, Marylhurst College was transformed into a coed institution with a nontraditional "life-long learning" mission. In 2001, to serve both the community's needs and their own financial security, they constructed a retirement health-care center, Mary's Woods, on its Marylhurst property.

Holy Names Sisters continue to teach; to provide pastoral care in parishes, hospitals, and prisons; to serve the elderly; and to bear witness to social justice concerns. In 2009, the community shared the celebration of 150 years in Oregon with the state's sesquicentennial. 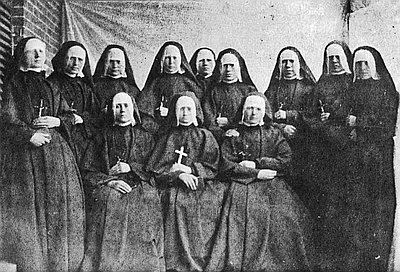 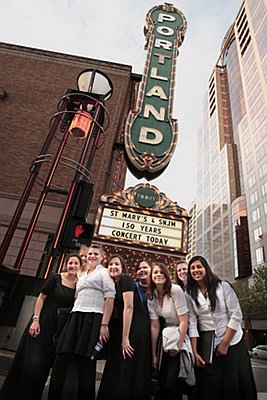 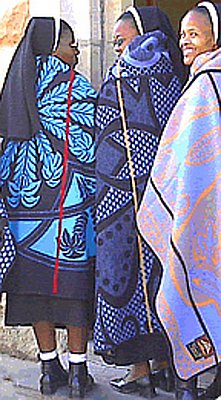 From her first arrival in Oregon in 1905 until her death in 1957, Cornelia Marvin Pierce helped shape the state's social, educational, and political conditions as state librarian, political activist, and reformer.

Born in 1873 into a middle-class family in Iowa, Cornelia Marvin attended public schools in Minnesota and Washington, …

Father Adrien-Joseph Croquet (pronounced “Crockett” locally) arrived in Oregon in 1859 from Belgium. Throughout his time in Oregon, he maintained an eclectic missionary lifestyle, traveling each year throughout the Willamette Valley, to Indian reservations, and along the Oregon coast.

Croquet grew up in Braine l'Alleud, Belgium, and was ordained into …

Madeline DeFrees is an Oregon native and former nun whose poetry explores the borderlands between the religious and secular worlds and the complicated intersections of private and public lives. She has published two chapbooks and eight full-length collections of poems, along with two autobiographical books of nonfiction. She also has taught widely …

St. Mary’s Academy in downtown Portland is a Roman Catholic high school directed by the Sisters of the Holy Names of Jesus and Mary. It is Oregon’s oldest continually operating secondary school and one of only two single-gender schools in the state.