A beautiful queen, an eccentric Washington State millionaire with a passion for the Columbia Gorge, a public altercation before the crème of Portland society. No wonder Queen Marie of Romania’s 1926 visit to Oregon garnered national headlines.

Marie Alexandra Victoria, the granddaughter of Queen Victoria, married Crown Prince Ferdinand of Romania in 1892. A year later, she met Minneapolis lawyer Sam Hill when he was in Romania on a business trip. In 1907, Hill began building a Beaux Arts mansion on a dramatic site on the north side of the Columbia River, overlooking Celilo Falls and the Columbia Gorge. Queen Marie came to the United States in 1926 to dedicate the mansion as the Maryhill Museum of Art.

After a New York ticker-tape parade and a White House state dinner, Queen Marie and Hill arrived at Maryhill by private train on November 3. In her diary, Marie called Maryhill “a strange uncouth cement building erected by the just as strange Samuel Hill.” To the crowd of 2,000 that had gathered for the dedication, however, she said: “There is a dream built into this place…Sam Hill is my friend. He is not only a dreamer but he is a worker….So when Samuel Hill asked me to come, I came with love.” The New York Times and other national press covered the event, and the Oregon Daily Journal chartered an airplane to take aerial photos.

After the dedication, the royal train crossed into Oregon, stopping for lunch on the Celilo Falls bridge so the queen could meet Oregon Governor Walter Pierce and admire the gorge. The party transferred to a thirty-car motorcade and rode to Portland, stopping at The Dalles, Hood River, Multnomah Falls, and Vista House.

Thousands cheered the queen’s parade as it crossed Portland’s new Burnside Bridge, decorated with American and Romanian flags. On her way to the Multnomah Hotel, she toured the Shrine Hospital for Crippled Children. That evening, she attended a horse show at the Pacific Livestock Exhibition, surrounded by thousands of people, the Journal reported, including “tier upon tier of eager, vivacious faces, music, animation, beautiful gowns and sparks of jewels” of Portland’s luminaries.

The big story of the night was Sam Hill’s public argument with the queen’s official liaison/security officer, U.S. Army Major Stanley Washburn. Hill had complained to Washburn that he was too bossy. According to Time magazine, “Ear witnesses reported Sam Hill as having said to the Major: ‘If you don’t take your orders from me I’ll crush you . . . I’m the boss of this you. . . . Shut up! If you try to talk to me I’ll slap your face.’"

The next morning the queen headed to Seattle, while the nation’s press delighted in reporting Oregon’s royal visit. 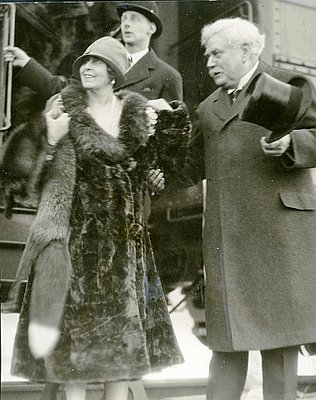 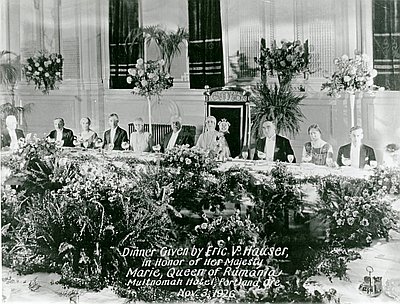 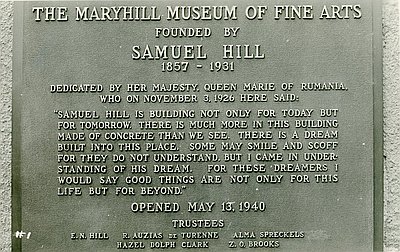 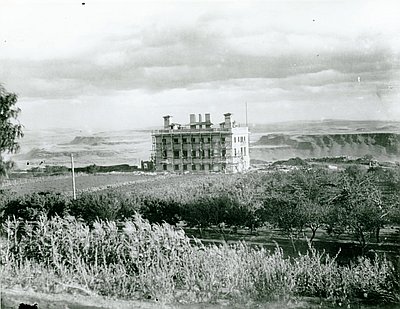 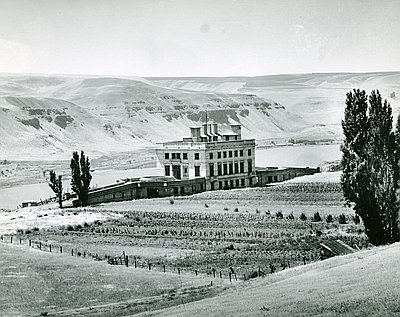 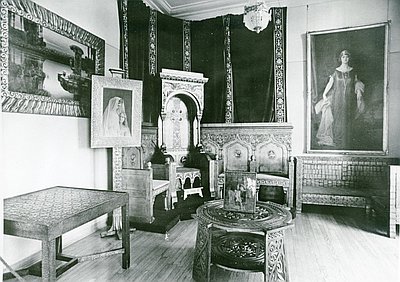 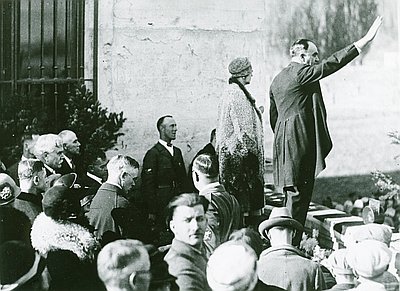