George Putnam was the epitome of the fighting editor during the Progressive era in Oregon. His battles with an entrenched political machine in Medford cost him a night in jail, a libel conviction, and physical assaults. A small and nonviolent man, Putnam announced that “open season for editors has ended as far as [this] editor is concerned, and the closed season is on.” He bought a revolver, placed it on his desk, and the assaults ended.

Born on September 10, 1872, into a New England family, Putnam took engineering classes at the University of Nebraska and worked briefly as a civil engineer in San Diego. But since childhood he had had a journalistic bent. In 1899, he was hired to be newspaper publisher E.W. Scripps’s private secretary, and he went on to work for newspapers in Spokane, Washington, Eureka, California, and Portland. In 1907, Putnam bought the Medford Tribune and two small weeklies; in 1910, he purchased the Medford Mail, creating the Mail-Tribune.

Putnam's notoriety began in January 1908 when he challenged the actions of a Jackson County political machine. He was new in town when the small railroad line connecting Medford and Jacksonville came under fire for poor service. Railroad Commissioner Oswald West came to Medford to investigate. Putnam was on hand when the railroad owner, W.S. Barnum, angrily threw an ax at Medford Mayor J.F. Reddy, narrowly missing his head.

A grand jury was convened, and Deputy District Attorney Clarence Reames called six men who were friends of Barnum but had not witnessed the incident and one actual witness, Putnam. The result was a not-true bill, which Putnam quickly labeled “A Grand Jury Farce”: "the prosecutor and Grand Jury proceeded to try the case, which should have been left to a trial jury, and in spite of the facts voted not to bring in a true bill. There is no doubt in the world that W.S. Barnum, in a fit of insane rage, did try to kill J.F. Reddy with an ax, struck at him, chased him and threw the ax at his head. That he did not split Dr. Reddy’s head open was not Mr. Barnum’s fault. He did his best. And the attack was not in self-defense but unprovoked and wanton.”

The grand jury indicted Putnam for libel against the jurors. He was pulled off a train in Roseburg and spent the night “with criminals in a vermin-infested, overcrowded prison” before a Roseburg editor posted his bail.

At trial, Putnam’s attorneys relied on Oregon law declaring that truth is a defense against libel. Judge H.K. Hanna denied all attempts to allow witnesses—including West, Reddy, and Putnam himself—to testify about the ax-throwing incident, proclaiming that the grand jury had decided the truth of the matter when it refused to indict Barnum. Stripped of his major defense, Putnam was found guilty and fined $150. Oregon newspapers rallied behind Putnam, who rejected a pardon by Governor George Chamberlain as his appeal went forward.

In State v. Putnam, decided on March 9, 1909, Justice Robert S. Bean concluded that it “is clearly competent for the defendant to show that the statements made by him and set out in the indictment were in fact, true, and because he was denied this right, the judgment must be reversed and a new trial ordered.” The case was not re-tried, but Putman was physically assaulted at least twice before he bought his revolver. The entire slate of reform candidates he endorsed won the 1908 election in Jackson County.

In 1919, Putnam sold the Medford paper to purchase the Salem Capital-Journal, so he was a new editor in the capital city when the Ku Klux Klan began efforts to dominate Oregon politics. Putnam immediately became the state’s strongest newspaper opposition, ridiculing the secret society and its “senseless and silly public appearances in nightgown regalia.” His ridicule extended to fellow editors, particularly in Portland, for timidity in facing the KKK.

A lifelong Democrat, Putnam supported Republican Governor Ben W. Olcott, who the Klan attacked in the 1922 Republican primary. Putnam overcame physical threats and an attempted advertising boycott when he continued to attack the KKK.

In later years, the Salem editor was, according to newspaper historian George Turnbull, “probably the leader” among Oregon editors in urging control of lawless behavior on the part of some labor leaders, often called “labor goons” in parlance of the day. Rivalry between AFL and CIO unions often exploded into violence. The burning of the Salem Box Factory in 1937 brought matters to a head and Putnam strongly backed Gov. Charles Martin in his hiring a special prosecutor for the case. Martin was defeated by a liberal Democrat, Henry Hess, in the 1938 primary; that led to the election in November of Republican Charles A. Sprague, Putnam’s Salem rival as publisher of The Oregon Statesman.

Putnam sold the Capital-Journal to Bernard Mainwaring in 1953 but continued to write a personal column until his death on August 18, 1961, in a fire that destroyed his Salem house. The paper was sold to Gannett Newspaper Company in 1973 and combined with the Oregon Statesman to create the Salem Statesman-Journal. 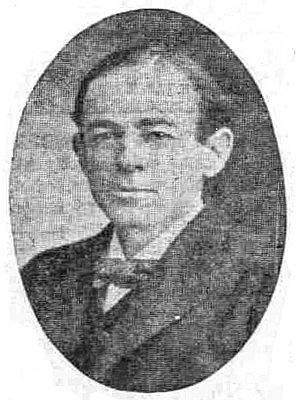