The Portland Penny is an 1835 American copper penny that was used in an 1845 coin toss to name the new town of Portland.

By 1843, two New Englanders—Asa Lovejoy of Boston, Massachusetts, and Francis Pettygrove of Portland, Maine—had established a land claim approximately fourteen miles upriver from the confluence of the Willamette and Columbia Rivers, the farthest site upriver on the Willamette where ocean-going vessels could easily anchor. The new townsite, a small stretch of blocks and streets paralleling the Willamette, was called The Clearing or The Village by early residents and passersby canoeing on the river between Fort Vancouver and Oregon City.

As Oregon Trail emigrants began to arrive in the valley, Lovejoy and Pettygrove saw opportunities as their clearing began to fill in with houses, a store, a dock or two, perhaps a warehouse, and likely a tavern. The two ambitious developers determined that their growing village needed a name. Over dinner one evening in 1845, in the parlor of Francis Ermatinger’s home on Sixth Street in Oregon City, Lovejoy and Pettygrove agreed to flip a coin to determine the name. Pettygrove retrieved a penny from his pocket, and they agreed to a two-out-of-three-toss contest—Boston if Lovejoy won, Portland if Pettygrove won. With three tosses of a penny, Portland got its name.

Pettygrove retrieved the penny, which he took with him when he left Portland and traveled north to found yet another town, Port Townsend, Washington. What became known as the Portland Penny subsequently ended up in a San Francisco bank’s safe-deposit box, owned by a nephew of Pettygrove’s. The penny was given to the Oregon Historical Society around 1910, possibly by Pettygrove’s descendant, and is on display in the museum. 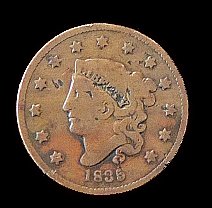 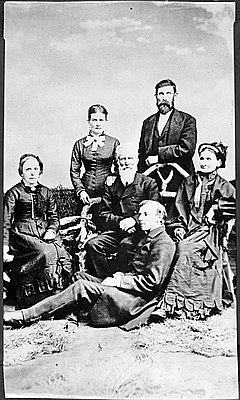