Edwin J. Peterson served on the Oregon Supreme Court from 1979 to 1993 and was chief justice from 1983 to 1991. He presided over the implementation of large-scale reforms in the Oregon judiciary, serving as the first chief justice with central administrative authority over the system. These reforms resulted in a more consistent and fair system of justice throughout the state, as well as ending county-by-county differences for employees in the judiciary system.

Peterson was born in 1930 in the small town of Gilmantown, Wisconsin. His family moved to Oregon when Peterson was in his teens to live in a climate that was better for his and his mother's asthma. He graduated from high school in Eugene in 1947 and from the University of Oregon in 1951 as a music performance major, playing the French horn. He had known from his mid-teens that he wanted to be a lawyer, and after serving in the military for two years he attended the University of Oregon law school, graduating in 1957.

Peterson began his professional career in 1957 with the Portland firm Tooze, Kerr, Hill, and Tooze, which focused on defending insurance companies, Rose City Transit, and the Portland Traction Company. Over a twenty-two-year career with what became Tooze, Kerr, Peterson, Marshall, and Shenker, he honed his craft as a trial lawyer and was heavily involved with the Oregon State Bar Association.

A seat on the Oregon Supreme Court opened in the spring of 1979, during the first few months of Governor Vic Atiyeh’s first term. An Oregon Bar poll showed Peterson in fourth place among attorneys in the state, following three current judges but leading all other trial lawyers. Atiyeh, it turned out, wanted to appoint somebody with trial experience—a big shift from previous appointments to the court—and Peterson was sworn in on May 15, 1979, in the governor’s ceremonial office. It was the first time the two had met. To Peterson's surprise, nobody asked him about his political party affiliation during the entire process, a change from the way previous governors had made judicial appointments.

In 1981, the Oregon legislature, led by Speaker Hardy Myers (D-Portland), passed significant reforms to the state judiciary system. Until that time, each county was responsible for operating the courts, with judges’ salaries paid by the state and all other court activities paid for by the counties. The reforms put the entire court system under the control of the state, leaving counties responsible only for the buildings in which the courts operated, and gave administrative responsibility for the new system to the chief justice of the Oregon Supreme Court.

Peterson was selected in 1983 by his fellow supreme court justices to be chief justice. In that position, he worked to move county clerks toward different responsibilities and created a single wage structure for court employees. He advocated for a common understanding of professionalism among attorneys, standardized the system of court interpreters, and worked to reduce racial bias in the court system. In all of this, Peterson used his ability to negotiate and reason with people to increase the influence of his office.

Peterson also led the effort to create uniform court trial rules for Oregon, a change that arose from his experience as a trial lawyer. In his own practice, he had extensive files on the rules for each county, including when and where trial dates were set, who to talk to in a particular court, and local norms for dealing with judges. There was fierce opposition from attorneys, but the new rules were accepted within a couple of years.

While Peterson’s focus was on process and the management of the state judiciary system, he also was a crucial player in important supreme court decisions. He wrote the opinion in Frohnmayer v. SAIF (1983) that clarified the authority of the attorney general. He also strongly argued that shopping malls were not public spaces because the property owners could limit access to them. This meant that signature gatherers for Oregon ballot measures could not work on shopping mall properties without the permission of the owners. The court upheld this argument shortly after Peterson resigned from office in 1993.

After leaving the court, Peterson continued to work on issues of race and fairness. He chaired an Oregon task force on race and equality before the law. The group’s 1994 report found that African Americans and other minorities were much more likely to be charged with and convicted of felonies in Oregon. In 1998, Peterson was awarded the Lewis F. Powell Jr. Award for Professionalism and Ethics by the American Inns of Court, an organization supporting professional excellence in the legal profession. He serves as a distinguished jurist in residence at the Willamette University College of Law. 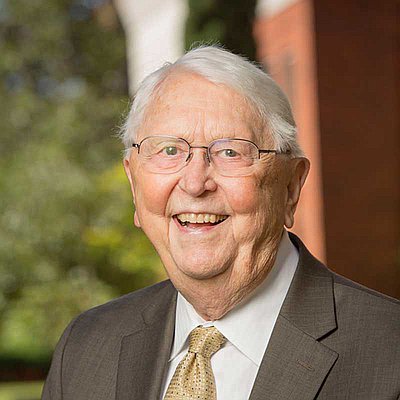 The Oregon Supreme Court Building, at the corner of State and 12th Street Southeast in Salem, is the oldest government building on the Capitol Mall. Completed in 1914, the three-story structure houses the Appellate Court Records Section on the first floor and the State of Oregon Law Library on …