Since 1974, no other choral organization has brought more recognition or varied programs to the state than the Oregon Repertory Singers. The ninety-mixed-voice group has commissioned, debuted, and recorded new American compositions; performed around the world; been led by internationally known composers; and been featured on national television specials. Importantly, it has also provided a training ground for young singers. The Governor’s Arts Award, given to artistic director Gilbert Seeley in 2007, praised the Oregon Repertory Singers for being “recognized as one of the finest choral ensembles in America.”

Seeley led the group from 1976 to 2011, and it was his passion for music of the Americas that shaped the Oregon Repertory Singers into a leading presenter of new choral music. The group commissioned and recorded more than twenty major works by American composers, including Libby Larsen’s “Missa Gaia,” Stephen Paulus’s “Echoes between the Silent Peaks,” and Lou Harrison’s “Mass to St. Anthony.” Other premiers included Stephen Jaffe’s “Songs of Turning,” a composition performed at the Oregon Bach Festival’s Cantatas of America concert in 1996, and “On the Nature of Creation” by Robert Kyr, composer-in-residence in 2000-2004.

In 1995, the Oregon Repertory Singers appeared with Chanticleer and the King’s Singers in a compact disc, Christmas around the Country, distributed by National Public Radio, which led to two hour-long specials on NPR’s “Performance Today.” In 2001, the choir recorded Rachmaninoff’s “Vespers” with members of the Moscow Chamber Choir, Vladimir Minin conducting, and Duke Ellington’s “Sacred Concert” with the Seattle Repertory Jazz Orchestra. The group brought other guest conductors to Oregon, including England’s John Eliot Gardiner, Sweden’s Eric Erickson, Venezuela’s Maria Guinand, and American conductors Marin Alsop and Bernice Johnson Reagon of Sweet Honey in the Rock.

The choir also performs standard choral works, such as Bach’s Mass in B-Minor, Haydn’s The Creation, and Mendelssohn’s Elijah. The group’s programming has offered such unconventional programs as “Renaissance Music from the Courts and Chapels,” and “Words of Note,” musical settings of famous poems. They toured Europe and won first prizes in both classical and folk categories in three international choral competitions in Austria, Switzerland, and Italy.

In the United States, the Oregon Repertory Singers has collaborated with the Oregon Symphony, Portland Opera, Oregon Ballet Theater, and the Boston Pops and has performed at festivals and music conventions. Following its appearance at the 1982 American Choral Directors Association convention, President Richard Clark wrote: “The Victoria ‘Ave Maria’ was the most beautiful moment of the choral music of the convention.” When the choir received a three-year arts grant from the National Endowment for the Arts in 2002, recordings of 110 choirs were adjudicated. The Repertory Singers received the highest artistic score of all amateur choirs, passed only by two professional choruses, the Dale Warland Singers and the Robert Shaw Chorale.

Since 1999, the Oregon Repertory Singers organization has added a youth choir program consisting of more than 130 participants, ages five to eighteen, in the Primo, Poco, Brioso, Vivo, and Lyric Singers. The youth choir staff is under Artistic Director Kimberly Putnam, assisted by Mandy Coffee, and Musicianship Director Barbara McQuillen.

Gil Seeley retired as artistic director in 2011. He was succeeded by Ethan Sperry, director of choral activities at Portland State University, who is continuing the choir’s emphasis on new music and international touring. In 2014, the choir traveled to Ireland and competed in the International Musical Eisteddfod in Llangollen, Wales, where it took second place in the folk music category. 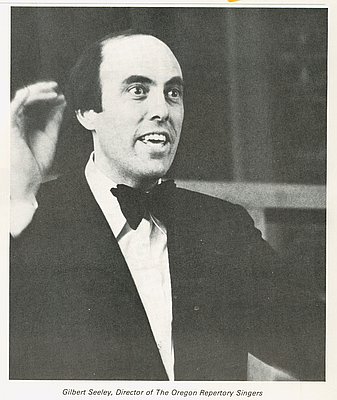 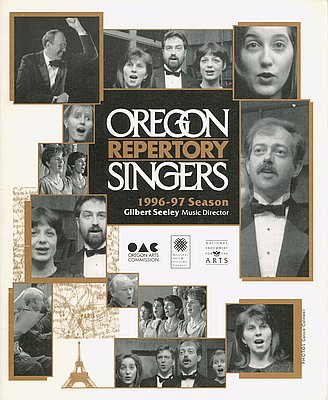 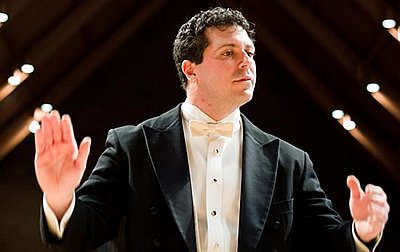 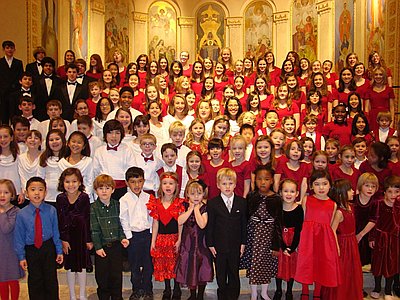 The Portland Gay Men's Chorus (PGMC) was founded in April 1980 to perform a concert as part of that year's local Gay Pride Festival. Twenty men responded to an ad published by Gary Coleman in the local community paper, The Fountain. That June, the group organized and elected officers, …