Karl William Onthank was a university administrator and environmental advocate who helped modernize Oregon's educational system while also shepherding conservation efforts throughout the state. In his role as a long-serving administrator at the University of Oregon, he worked to protect the educational rights of students in both wartime and peacetime and was integral in keeping the university operational throughout multiple administrations. In addition to his work on campus, Onthank was heralded as the Apostle of the Wilderness whose influence as an outspoken advocate for environmental protection extended far beyond the state.

Born in Vineland, New Jersey, on August 7, 1890, Onthank and his family crossed the country by train in 1902 and settled in Hood River. In 1909, he disembarked from another train, this time at the station in Eugene, where he enrolled at the University of Oregon and began his fifty-year affiliation with the institution.

Onthank thrived as an undergraduate. He was the only university student appointed to the editorship of both the student newspaper, the Emerald, and the yearbook, Oregana. He helped found the campus chapter of Alpha Tau Omega fraternity in 1910 and was inducted into the Friars, an honorary society formed in 1910 to recognize upperclassmen for their scholarship and service to the University of Oregon. Onthank entered the university’s nascent journalism program and took preparatory teaching courses, completing his Bachelor of Arts degree in 1913.

Onthank was a school principal in Hood River before becoming the superintendent of Tillamook schools in 1914, returning to the University of Oregon during the summers to work on a Master of Arts degree, which he completed in 1915. That year, he married Ruth McLaren, who would become his partner in wilderness conservation. An invitation to be executive secretary to University of Oregon president Prince Lucien Campbell enticed Onthank back to Eugene in 1916. The Onthanks would call Eugene home for the rest of their lives, raising two daughters in the city and serving the community professionally and philanthropically.

For the next forty years, Onthank played several critical roles in the administration of the University of Oregon. In 1930, he was promoted to the newly created position of dean of personnel administration, a position he held for eighteen years. In 1948, he was named associate dean of students, with a focus on graduate job placement.

At three different periods, Onthank led the university as its interim president. Along with Henry Sheldon, dean of education, and comptroller Louis H. Johnson, Onthank served his first interim term after President Campbell became ill in 1924. He also held that position after Harry K. Newburn left in 1953 to work for the Ford Foundation and again in 1960 when O. Meredith Wilson resigned to be president of the University of Minnesota.

Onthank’s service to Oregon extended beyond his work as a university administrator. He and Ruth Onthank were instrumental in conservation efforts. Beginning with the effort to protect Spencer Butte in Eugene from logging and development in the 1930s, the couple initiated the formation of Friends of the Three Sisters Wilderness, Save the McKenzie River Association, the Federation of Western Outdoor Clubs, the Oregon Roadside Council, the Nature Conservancy, and the Northwest Wilderness Conference. Karl Onthank served on the Oregon State Water Resources Board, the Waldo Lake Advisory Board of the U.S. Forest Service, the Oregon Outdoor Advisory Council, and the Advisory Board on Oregon and California Land Management under the auspices of the U.S. Department of the Interior.

National organizations frequently sought Onthank’s advice and counsel, and he helped to significantly improve the efficacy of conservation efforts across the country. Stewart M. Brandborg, longtime executive director of the Wilderness Society in Washington, D.C., said that Onthank, “probably more than any one individual, has caused the United States Forest Service to re-examine its attitudes and change its programming in the area of recreational use and preservation of wilderness areas.”

Onthank was honored for both his university service and his conservation work. The University of Oregon established the Karl W. Onthank Scholarship in 1960 as a legacy to his service to the campus community and presented him with an Alumni Recognition Award in 1967. In February 1967, the Oregon Park and Recreation Society recognized Onthank with its Distinguished Service Award, and he and Ruth jointly received the Oregon Wildlife Federation Conservation Award. Karl Onthank died in Eugene on October 27, 1967. 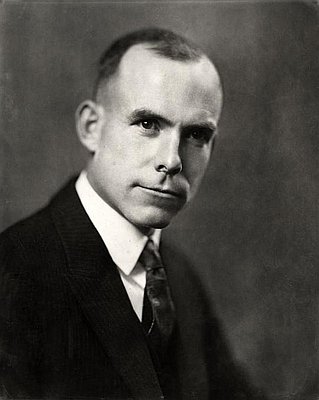 Albert Raddin Sweetser established the University of Oregon Herbarium and for twenty-nine years was a much-loved teacher of botany. He was an early Oregon conservationist and author of many popular natural history articles. Early in his tenure at Oregon, he was appointed State Biologist.

Sweetser was born in Mendon, Massachusetts, …

Chandler Bruer Watson—attorney, journalist, public servant, prospector, and historian—was southern Oregon's first conservationist. Raised in Pike County, Illinois, Watson arrived in Ashland in 1871. He graduated from the Ashland Academy in 1875 and married his classmate Ella J. Chitwood; they had two children. The couple was prominent in Ashland civic life, …

Henry Davidson Sheldon, professor of education and history and dean of the School of Education at the University of Oregon, was a leader in the development of public high schools in the state. He was a progressive in his educational and political views, and was dedicated to teaching the history …

Mike McCloskey, an Oregon native, is recognized worldwide as a conservationist, a leader of the Sierra Club, and an advocate for the preservation of many wilderness areas in Oregon. His accomplishments are documented in his memoir, In the Thick of It: My Life in the Sierra Club (2005), an insider’s …

Peavy Arboretum is part of Oregon State University’s research forests, serving as a teaching laboratory for the College of Forestry, a public recreational spot, and the gateway to OSU's McDonald-Dunn Forest.

Soon after its establishment in 1913, the Oregon Agricultural College (OAC) School of Forestry identified the need for an …