Mike McCloskey, an Oregon native, is recognized worldwide as a conservationist, a leader of the Sierra Club, and an advocate for the preservation of many wilderness areas in Oregon. His accomplishments are documented in his memoir, In the Thick of It: My Life in the Sierra Club (2005), an insider’s account of the Sierra Club and a history of environmental activism.

McCloskey was born in Eugene on April 26, 1934. He attended a parochial school (now Marist High School), and his father, John C. McCloskey, was an English professor at the University of Oregon. After graduating from Harvard University, McCloskey attended law school at the University of Oregon. Upon earning his degree in 1961, he was hired as the first field organizer for the Sierra Club, a California-based outdoor club with twenty-five employees.

Traveling the Northwest in a Volkswagen, McCloskey learned about environmental issues and cultivated the practical, grassroots approach that would define his career. In 1960, David Brower, the executive director of the Sierra Club, asked McCloskey if he knew “anything about the threat to the Minam Valley.” McCloskey drove to northeast Oregon and rode on horseback into the valley on the west side of the Wallowas to study the area. The Sierra Club distributed his flyer, “Stop This Crazy Cat,” throughout the state (the reference is to bulldozers), and his efforts contributed to the inclusion of the Minam Valley in the Eagle Cap Wilderness Area.

In 1962, McCloskey helped block a pumice mine at Rock Mesa in the southern part of the Three Sisters Wilderness Area and blocked logging on the west end of Waldo Lake. The following year, he persuaded the Forest Service to reclassify the Sky Lakes area in southern Oregon as a wilderness study area and began the groundwork for the reclassification of the Mount Jefferson Primitive Area. His examination of the Mount Jefferson area revealed “leapfrog logging,” a Forest Service tactic that attempted to define future boundaries by preemptive road building and logging. By evaluating competing values and alternative uses of the resources, consulting with hikers and climbers, and writing a proposal to the Forest Service, he was directly responsible for the addition to the primitive area of forested acreage along Pamelia Creek.

Congress passed the Wilderness Act in 1964, and McCloskey successfully lobbied for new national parks and wilderness areas, from the North Cascades to Redwood National Park. As executive director of the Sierra Club from 1969 to 1985, he was present at the first Earth Day at the University of Minnesota on April 22, 1970, pushed Congress to enact more than a hundred environmental laws, and built Sierra Club membership from 70,000 to over half a million. He led what became one of the most influential environmental organizations in the world.

McCloskey was married to Maxine E. McCloskey, a whale and ocean conservationist who died in 2005. He now lives in southwest Portland. 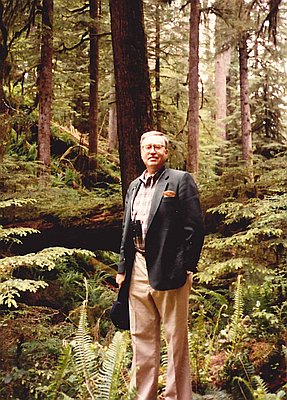 McCloskey, Michael. In the Thick of It: My Life in the Sierra Club. Washington, D.C.: Island Press, 2005.