Maurine Brown Neuberger entered politics as an Oregon state legislator and, as of 2010, was Oregon’s first and only woman to serve in the United States Senate. Neuberger was an advocate for consumer rights and women’s issues, and she advanced the causes of the Democratic Party in Oregon and the nation.

Maurine Brown was born in Cloverdale, Oregon, in 1906. She earned a teaching certificate at the Oregon College of Education (today’s Western Oregon University) in 1924 and a bachelor of arts in English and physical education at the University of Oregon in 1929, with additional graduate study at UCLA. She taught English at Portland’s Lincoln High School.

In 1945, she married journalist Richard Neuberger soon after his return from army service in World War II. Richard Neuberger, a Democrat, served in the Oregon House of Representatives in 1941, and in 1948 voters elected him to the Oregon Senate. Maurine Neuberger decided that she wanted to enter politics, as well, and she won a seat in the Oregon House in 1950. Both she and her husband were reelected in 1952, the first married couple to serve together in a state legislature. Both worked successfully to reinvigorate the Democratic Party in the state.

Richard Neuberger won election to the U.S. Senate in 1954, the first Democrat from Oregon in that body in forty years. In failing health, he died in March 1960. Many Democrats hoped that Governor Mark Hatfield would appoint Neuberger to fill her husband's seat, but he declined. She ran for the seat in November 1960 and won with 54 percent of the vote. She represented Oregon in Washington, D.C., for one six-year term.

In the Oregon state legislature, Neuberger advocated for education and sponsored legislation for consumers. Most famously, she put on an apron and demonstrated the difficulty of mixing yellow food coloring into margarine to end a ban on colored margarine that was supported by the powerful dairy industry. She also sponsored legislation that would have given equal pay for equal work for women and men.

In the U.S. Senate, as part of the Commerce Committee, Neuberger became best known for her advocacy for consumers, including a successful campaign to regulate tobacco advertising and a challenge to the meat-packing industry. She was also involved in significant developments in addressing women’s rights, co-sponsoring a resolution for an equal rights amendment and continuing her advocacy for equal-pay-for-equal-work legislation. In August 1961, she and Margaret Chase Smith of Maine, the only two women in the Senate, participated in the commemoration of the 41st anniversary of the federal suffrage amendment.

President John F. Kennedy nominated Neuberger to serve on the Presidential Commission on the Status of Women, chaired by Eleanor Roosevelt. The commission’s report—which would be a watershed in identifying women’s political, economic, and social inequalities—led to the formation of state commissions, including one in Oregon.

Neuberger married Philip Solomon of Boston in 1964. She chose not to run for a second term and moved to Cambridge, Massachusetts, where she taught courses in American Government at Radcliffe and Boston University. She returned to Portland after her divorce from Solomon in 1967, taught at Reed College, and served as a mentor and strategist for the Democratic Party in Oregon. After initially supporting the war in Vietnam as a senator, she became a critic of the conflict. She lived in Portland until her death in 2000.

Peterson, Esther, and Richard Lester. American Women: The Report of the President’s Commission on the Status of Women, 1963. Washington, D.C.: Government Printing Office, 1963. 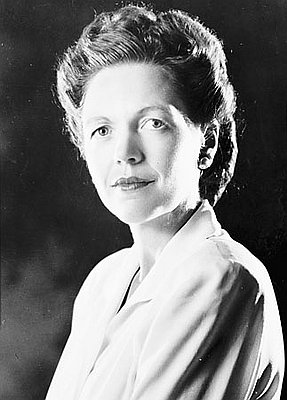 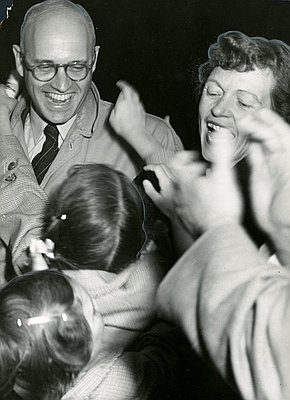 When he was elected to the United States Senate in 1954, Richard Neuberger had been at the center of journalistic excellence in the Pacific Northwest for two decades. At the age of twenty, he had gained national renown for “The New Germany,” published in The Nation in October 1933, one …