Straddling two counties (Marion and Linn) and one river (the North Santiam), Mill City is the largest town in the North Santiam Canyon of the western Cascade Mountains. The area’s first inhabitants were Kalapuya people, who came for the area’s abundant game, berries, and fish.

Euro American settlers entered the region in the 1870s, attracted by the promises of the Oregon Pacific Railroad. Anticipating the railroad’s need for lumber, a group of businessmen from Stayton headed by John A. Shaw incorporated the Santiam Lumbering Company in 1887, giving Mill City its name. Shaw managed the mill, a store, the post office, and a hotel. The mill and railroad went bust in 1893 but were soon acquired by A.B. Hammond, a timber baron from Missoula, Montana.

Hammond expanded the mill, store, and hotel and added other businesses and services, including a theater called The Opera House. The Great Depression and Hammond’s death in 1934 ended the town's boom. Hammond Lumber Company closed the following year.

A new boom arrived in 1948 with construction of Detroit Dam twelve miles upriver. An influx of engineers and workers encouraged private construction and municipal investment. With the dam’s completion in 1953, Mill City shifted again to timber until the 1990s, when efforts to protect federal forests reduced logging.

Although the local timber industry remains significant, most residents of Mill City (population 1,585 in 2006) commute to work in the Willamette Valley. The town now caters to travelers and retirees drawn to the area's quiet beauty and riverside homes. 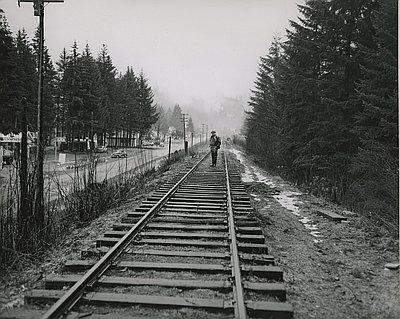 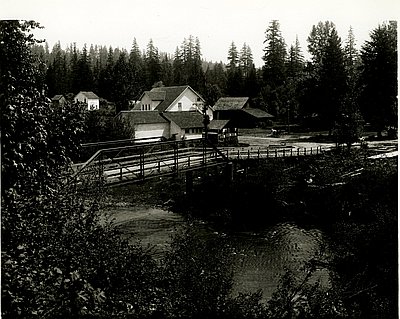 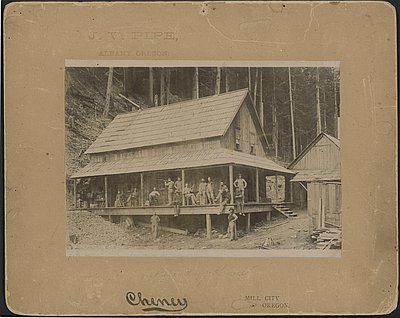