Thomas McKay (pronounced “Mac-eye”) was a Hudson’s Bay Company fur trapper, trader, and expedition leader. A well-known personality in the Oregon Country, he was involved in several important developments in the region, including HBC’s strategic trapping and trading campaigns during the 1820s.

McKay was born in Canada in 1897. His father was Alexander McKay, a Scottish fur trader and explorer employed by the North West Company; his mother was Marguerite Waddens McKay, the daughter of a Swiss fur trader and an Ojibwa woman. When Alexander McKay became a partner of the American-owned Pacific Fur Company in 1810, Tom McKay contracted with the company for five years as a clerk. That summer, father and son embarked from New York to the lower Columbia River aboard the Tonquin, the company ship, arriving in late March 1811.

Alexander McKay and his partners oversaw the construction of Fort Astoria at the mouth of the Columbia River, and in June he left Tom behind and went north on a trading trip aboard the Tonquin. Word arrived in August that the ship was lost and that Alexander had been killed during a fight with Natives who had boarded the ship near Nootka Sound. Tom remained at Fort Astoria, finishing his clerkship with the North West Company, when that enterprise bought out the Pacific Fur Company in 1813.

In 1815, McKay traveled to North West Company headquarters at Fort William, Lower Canada, where he reunited with his mother, who had married John McLoughlin, a company partner stationed there. McKay’s arrival coincided with intense competition for territory between the North West Company and the Hudson’s Bay Company, and he was recruited by NWC partners as support against rising hostilities. In June 1816, he fought in the Battle of Seven Oaks at present-day Winnipeg, in which HBC employees were overwhelmed. It is likely that it was in that battle that McKay established his reputation for being fearless.

In 1821, a merger brought the North West Company under the banner of the Hudson’s Bay Company, and Tom McKay began his long tenure with the reorganized company. Although he was ambitious and exhibited leadership qualities, McKay never rose higher than an entry-level position in the company. His primary obstacle was HBC Governor George Simpson, who described McKay as brave, active, and an “excellent second” but otherwise not command material. McLoughlin, who was named chief factor at Fort Vancouver in 1824, made extensive use of McKay’s leadership skills.

In the early 1830s, McKay began working two farms. The first was on Scappoose Plains on the lower Columbia, and in 1833 he established a farm on French Prairie in the mid-Willamette Valley. In 1834, McLoughlin sent McKay to oppose American fur traders west of the Rockies, and that same year he began construction of Snake Fort (renamed Fort Boise). His last position with the HBC was as a clerk in charge of Fort Hall, in present-day southeastern Idaho, over the winter of 1837–1838.

McKay married at least three times. His first wife, Timmee T'Ikul Tchinouk, was the daughter of Chief Concomly, the powerful leader of the Chinook; they had five children. Timmee died in 1834, and McKay married She-Who-Rides-Like-The-Wind (Umatilla) that same year, with whom had one son, Donald McKay. Widowed again in 1838, he married Isabelle Montour; they had two children.

Farming and responding to calls for a savvy overseer occupied McKay’s final years. One such endeavor was as captain of volunteer militia in the Cayuse War of 1848–1850. Their enlistment time served, McKay and some of his men returned home.

In August 1848, a ship captain brought news of the California gold strike to the lower Columbia. Peter Burnett, a territorial legislator who would soon be governor of California (1849–1851), needed a pilot to guide his fifty-wagon train of gold seekers from Oregon to the mines. On McLoughlin’s recommendation, Burnett chose Tom McKay, whose party arrived at the gold fields in November. Within a year, McKay was back on his Scappoose farm.

An April 18, 1850, probate-court filing in Marion County pertains to his will and serves as his only death notification of record. He was buried on the farm, where his gravesite is marked. 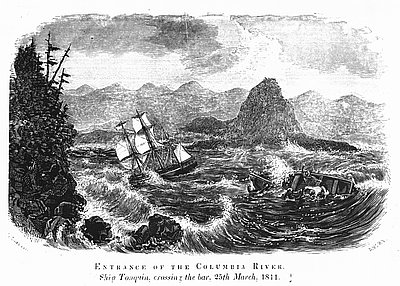 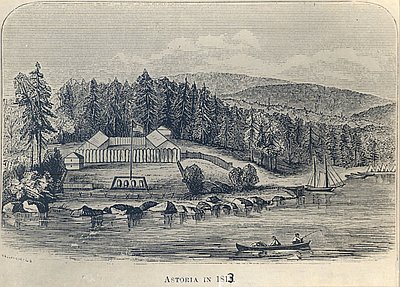 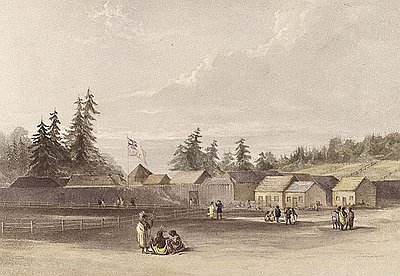 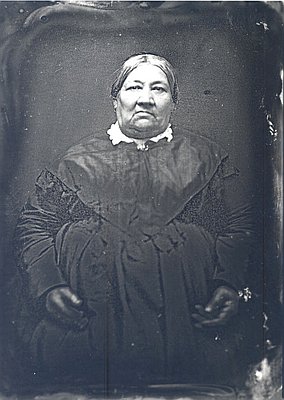 Boyd, Robert. People of the Dalles: The Indians of Wascopam Mission. Lincoln: U. of Nebraska Press, 2004.

Townsend, John K. Narrative of a Journey across the Rocky Mountains, to the Columbia River Philadelphia: Henry Perkins, 1839.

Dr. William Cameron McKay [mə kī´] lived his entire life on the lower and middle Columbia River, save for five years spent pursuing an education in the eastern United States. He experienced at first hand the seismic historical transition of the region, from one dominated by its first people to …