Gladys Sims McCoy was the first person of color elected to public office in Oregon. She once described public service as the “highest calling,” and dedicated most of her sixty-five years to helping people help themselves. Whether in her position at Head Start or as a member of the Portland School Board and the Board of County Commissioners, McCoy believed that what people do is “not worth doing” if others are “not better off as a result.”

Born in Atlanta, Georgia, on February 28, 1928, to Tilman Sims and Lucile Dawson and raised in Chattanooga, Tennessee, McCoy grew up during the Depression in the Jim Crow South. Despite the hardships her family faced, she described her childhood as a “paradise,” relishing the freedom to “run free and really enjoy the sunshine and the land” and finding inspiration in her parents’ capacity to create happy memories. Her father worked at a bakery, which allowed him to bring home treats of cakes and rolls even during the Depression; after his death in 1937, her mother worked and kept the family together.

McCoy was the first in her family to attend college. She graduated in 1949 from Talladega College in Alabama, where she majored in sociology and minored in economics. That September, she arrived in Portland to take a job as the assistant director of Teenage Programs at the YWCA. It was there that she met her husband William McCoy, who volunteered at the YWCA. The couple married on February 18, 1951, and had seven children before Gladys decided to pursue a graduate degree at Portland State University. She received a master’s degree in social work in 1967.

Navigating racism and race relations in the Pacific Northwest had its challenges, McCoy remembered in her oral history. In the South, “everybody knew the ground rules. There was no mistaking where your place was.” In Portland, racism was just as strong but the signs were more subtle. She felt that racial integration was more accepted in Portland than in the South, even though some businesses had signs announcing that they “catered to whites only.” For McCoy, it was an unsettling balancing act to live with these two kinds of realities.

When the American Friends Service Committee approached her in the late 1960s to run for a seat on the Portland School Board, she understood the commitment it would take. People believe “they own you,” she recalled of her early elections, “and they really put you through the grind.” Still, “you are expected to be intelligent, articulate, civil, kind, charitable, accepting of anything that comes.” Elected to the school board in 1970, she made history by becoming Oregon’s first Black official in elected office, and she took the opportunity to tackle racism in the city. In 1972, William McCoy won his election to become the first African American in the Oregon State Legislature.

Gladys McCoy saw education as a crucial element to success. The way to address the “fears, frustration and hostility” rooted in segregation, she said, “is for people to have the experience of living and working together with people who are different from themselves...at the very earliest age.” While on the school board, from 1970 to 1978, she helped working mothers find educational opportunities, worked to desegregate Portland elementary schools, and promoted the middle-school movement.

One of her obligations as a public servant, McCoy said, was to make the policy process more accessible to her constituents. She was an ombudsperson to Governor Robert W. Straub for three years, beginning in 1975. In 1978, she became the first African American elected to the Multnomah Board of Commissioners, a position she held until 1984, when she resigned to make a bid for Portland City Council, which she lost. Two years later, she successfully ran for chair of the Board of Commissioners; she was re-elected to that position in 1990.

During her years of service, McCoy focused on issues of diversity in public workplaces, public health programs and social services for low-income populations, and justice and human rights. Among her accomplishments was her collaborative work in the late 1980s and early 1990s with the Portland Police Bureau, the Multnomah County Sheriff’s Office, and city and county departments to create a public safety service program that revitalized and saved the Columbia Villa public housing project in North Portland.

In 2018, the Multnomah County Commission adopted the Gladys McCoy Standard, which directs the county to interview qualified candidates of underrepresented groups for leadership roles in county departments. The Oregon Assembly of Black Affairs gave McCoy its Political Development Award in 1987, and she received the Community Service award from the National Association of Blacks in Criminal Justice Services in 1987. 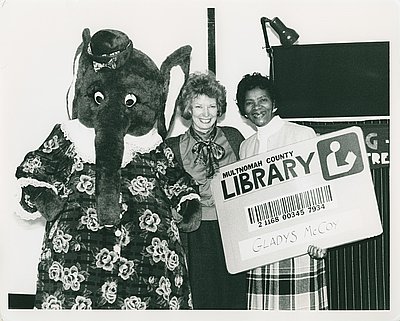 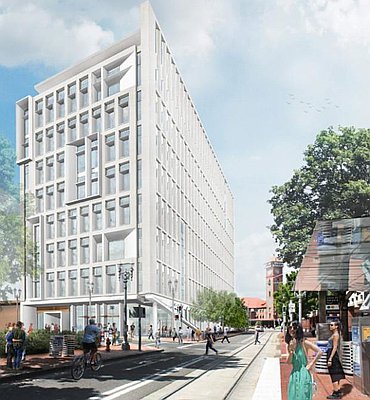