Fredrik Wilhelm Lönegren moved to Portland on October 3, 1908, to start a Swedish newspaper, which he successfully did. Through Oregon Posten, he had a considerable effect on the local Swedish community. Not only did he help increase the Swedish population in Oregon during his twenty-six years of promoting the state, but he also played a role in strengthening the sense of community by supporting Swedish organizations.

Fredrik W. Lönegren was born in Wederlöf’s parish in Kronoberg’s County, Sweden, in 1860. His father was a minister, and his mother was from a family of clergy. Educated at two Swedish universities, Lönegren taught school until 1889, when he left for Minnesota where two of his older brothers lived. He married Catherine L. Wedmark in 1892, and they had a child, Irma, a year later.

Lönegren worked as an editor for several Swedish newspapers in Minnesota before moving to Seattle to work for the Pacific Tribune. While in Seattle, he helped Swedish author Ernst Skarstedt write Washington och dess Svenska Befolkning (Washington and its Swedish Population). Within a month of arriving in Portland in 1908, Lönegren started a publishing company, which he named the Swedish Publishing & Printing Company. The first issue of Oregon Posten (The Oregon Post), with him as editor and manager, appeared in December 1908. The paper published weekly until the last issue on January 23, 1936.

Lönegren was active in the Swedish community in Portland and was appointed by Oregon’s governor to Oregon’s Immigration Commission. The purpose of the commission was to induce new residents to immigrate to Oregon, which they did by advertising for immigrants in the East and abroad. The commission published advertising in the Scandinavian languages and made arrangements with an Atlantic steamship company to carry immigrants from Europe at half the usual fares. The population of Swedes in Oregon in 1890 was around 3,700; by 1930, the population had grown to over 11,000. About half settled in urban areas, and others entered the agriculture, dairy, timber, and fishing industries.

Lönegren had strong opinions about the importance of keeping one’s heritage and language alive. He promoted Swedish culture and language through Oregon Posten and was a member of the Linnea Society in Portland, a private organization that provided social services to Swedish immigrants and promoted Swedish heritage and culture. In the paper, Lönegren advertised Oregon as a place to settle and embedded arguments about the advantages of the state in his articles and editorials. The paper was not only appreciated in the United States, but also in Sweden where it was meaningful to parents who had lost their children to America. Reading Oregon Posten created a sense of community participation and belonging, attracting and connecting Swedes to Oregon. 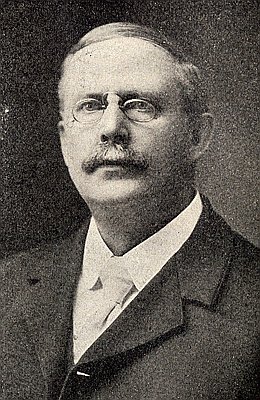 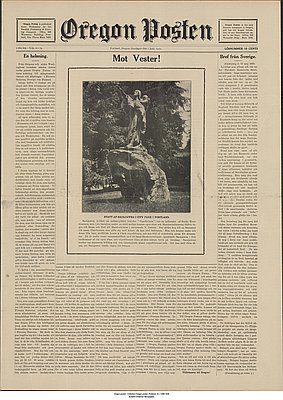 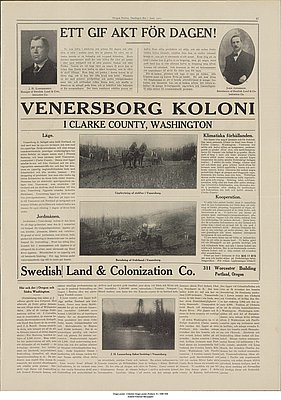 The first issue of the weekly Oregon Posten (Oregon Post), the state’s largest Swedish newspaper, was published on December 2, 1908, with Fredrik Wilhelm Lönegren as editor. The paper, whose format would stay essentially the same for twenty-seven years, published information about Swedish culture and heritage, promoted Oregon’s …