Born on December 21, 1846, in Stirling, Scotland, he visited Canada as a teenager and soon crossed into New York. After serving in the Union Army in the Civil War from 1863 to 1865, he traveled to London, England, where he studied vocal music under Alberto Randegger. He returned to the United States in 1867, hoping to win a government position. Instead, he joined the first of a series of touring opera companies, gaining a decade of experience as a singer, baritone soloist, and conductor.

In the 1877-1878 theater season, while touring the West Coast, Kinross left the Richings-Bernard Opera company and opened a teaching studio in Portland with Francis Vinton. He organized and conducted the Handel and Haydn Society of Portland, which gave twelve concerts between 1878 and its dissolution in 1883.

Among major works the society presented were Haydn’s The Creation, performed in the New Market Theater in January 1879 by sixty voices and fifteen instruments (four violins, one viola, one cello, two bass viols, one clarinet, two cornets, two French horns, one trombone, and piano). In October 1879, the group performed Handel’s Messiah; Gen. U.S. Grant was in the audience, returning from his post-presidential world tour. The society presented Handel’s Belshazzar and Mendelssohn’s Elijah in 1880. Kinross also conducted light operas for the Casino Opera Company, religious works at local churches, and concerts of the Orchestral Union from its 1882 founding until he resigned in 1884.

Kinross moved to Oakland, California, in 1887 and to Sacramento in 1889, performing and conducting in both cities. He returned to Portland in 1895 to direct a season of light operas. In 1896, he conducted the first performance of the Portland Symphony Orchestra (PSO), with thirty-three players, at the Marquam Grand Theater; the program featured opera overtures and intermezzos and Haydn’s Surprise Symphony. The PSO performed its next public concert in 1899, directed by Charles R. Brown. Meanwhile, Kinross directed music for the Oregon Road Club and the Mozart Club, several light operas, and a pops orchestra, which performed weekly at Hotel Portland from 1897 to 1900, the year he left Oregon forever.

A cricket player, rower, and horseman, Kinross was “a six-footer, deep-chested and powerful.” Reminiscing on the Handel and Haydn Society of Portland, John Gill wrote in 1917: “Mr. Kinross had a glorious basso voice, and was quickly a favorite here...In that chorus…were many of the most prominent people in business and social circles…a great chorus for a town of Portland’s size…he had perfect self-confidence, an intelligent conception of any musical work undertaken, an exceedingly autocratic domination of his chorus and in a few rehearsals had us inspired with our themes.”

In 1908, Kinross retired to the Battle Mountain home for Civil War veterans in Hot Springs, South Dakota. He died there on July 16, 1913. 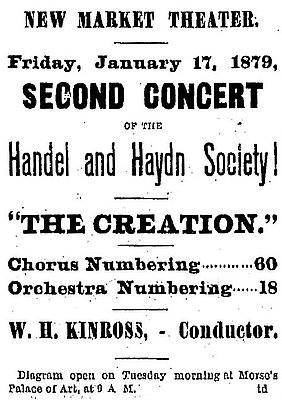 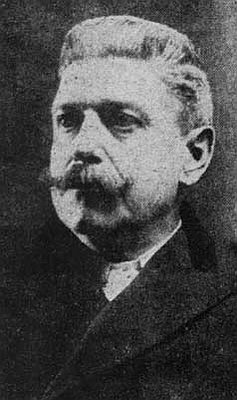