Western juniper is widely distributed across the cold, arid, central and eastern Oregon landscape between sagebrush flats and pine forests. It does not tolerate shade, and fire easily kills it. Fire suppression and livestock grazing, which has reduced the grasses that fuel fires, have allowed it to expand into sagebrush flats. Birds and rodents spread junipers by eating the so-called berries, thus scarifying the seeds as they pass through an animal's digestive tract.

The leaves and berries of western juniper have been used medicinally by Native Americans in infusions, decoctions, and poultices for a number of different aliments. Ranchers have found that the trunks of junipers make nearly indestructible fence posts, and the wood has been used to create novelty items such as lamps and furniture. The Round Barn built by early settler and rancher Peter French in Harney County used large juniper trees in its construction, and it has stood on the Malheur National Wildlife Refuge since the 1870s. 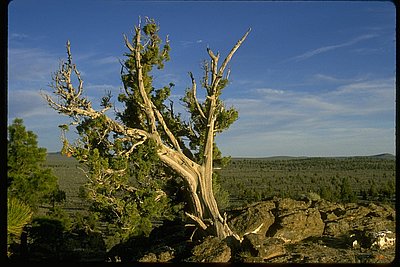