A nearly 200-mile foot race, the Nike Hood To Coast attracts runners from across the United States as well as other nations. The event bills itself as the largest running relay race in the world in terms of total participants—12,000 runners and 3,500 volunteers.

The first relay started on August 7, 1982, organized by Portland architect Bob Foote. Eight teams of ten runners raced from Timberline Lodge—at the 6,000-foot level of Mount Hood—to Pacific City, a small town on the Pacific Ocean. In 1989, organizers moved the finish north to Seaside and expanded the team size to twelve runners. The event now also includes a walking relay and a high school team competition, both of which start in Portland and finish at Seaside.

The current 197-mile (317 km) course varies slightly from year to year. It is broken into legs that range from about 3.5 to about 7.5 miles in length, with each runner covering roughly 16 miles on average over three legs. Although it attracts elite athletes, the race belongs to the average runners and to a vast array of volunteers and race workers. Hood To Coast is a spectacle of decorated vans and costumed runners, many traveling from across the United States year after year to compete.

Hood To Coast has grown along with a boom in running. Since the late 1990s, all entries have been accepted through a lottery, with all one thousand team slots filling on the first day entries are accepted. As with most major races, charity fundraising has recently become a more significant part of the event. In 2008, for example, Hood To Coast runners raised $290,000 for the American Cancer Society. 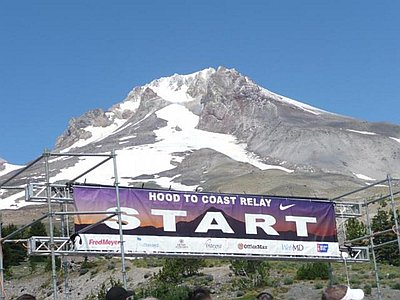 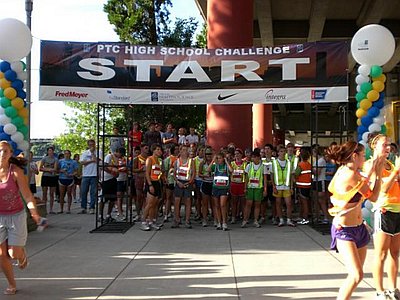 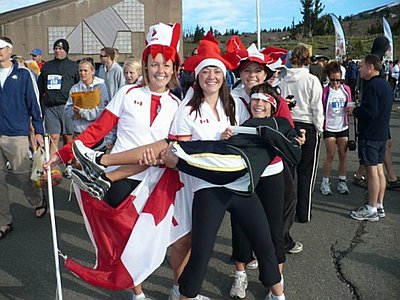 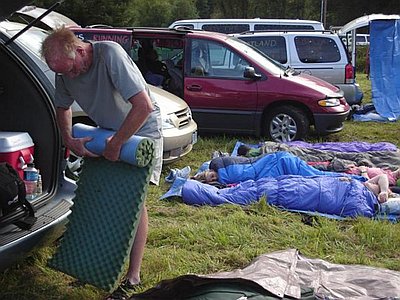