In November 1972, the first Portland Marathon attracted 86 marathoners (and about the same number of "half-marathoners") to a course on Sauvie Island, a flat expanse of farmland 10 miles northwest of Portland, bordered by the Willamette and Columbia rivers. By 1977, the race had outgrown the island and moved into the city.

It remained on the northern edges of Portland—first in North Portland, hosted by the University of Portland, and then at the Multnomah County Exposition Center—before moving near downtown in 1981, with its start and finish at Memorial Coliseum. In 1984, the race moved to start and end near City Hall, and has remained centered on downtown Portland ever since.

As the marathon moved downtown, it joined Portland's burgeoning urban renaissance. In the 1970s, the city had begun to construct what is now Tom McCall Waterfront Park and reconnect the downtown with the Willamette River. A spate of construction followed in the 1980s, revitalizing the central business district. The Portland Marathon was no doubt part of this revitalization, creating a festival atmosphere in the core of the city during a late September or early October weekend each year.

By 2008, the race constituted an economic development event, attracting 9,000 marathoners, most of whom are affluent out-of-town visitors.

Rather than offering prize money and a fast course to attract elite racers, the Portland Marathon has long focused on average runners. Course records—2:17:21 for men, set in 1997 by University of Portland alum Uli Steidl, and 2:36:39 for women, set in 1991 by Hiromi Yakoyama of Tokyo—are solid but not stunning times.

Instead, the Portland Marathon bases its reputation on attracting a high proportion of women—58 percent of participants in 2007. It is one of few large races to allow participants to wear iPods and similar headsets, and it welcomes the growing ranks of people who want to walk all 26.2 miles. In 2003, walkers comprised almost a third of finishers. 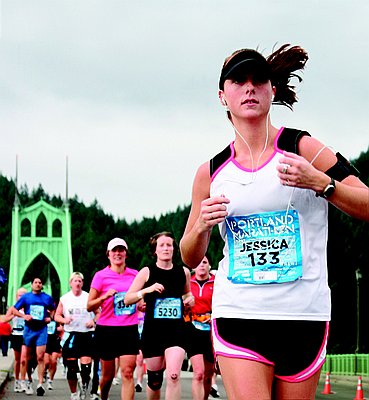 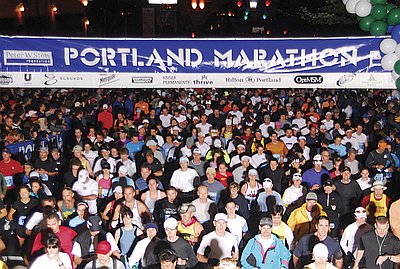 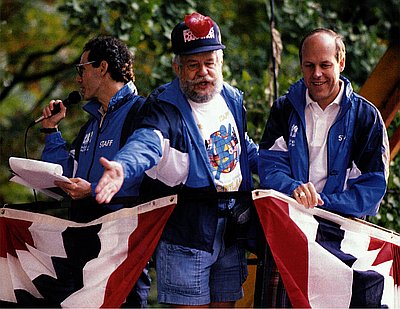 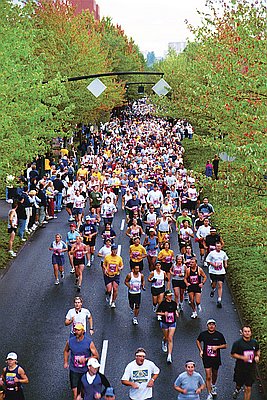 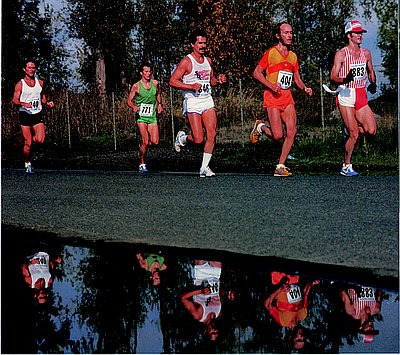 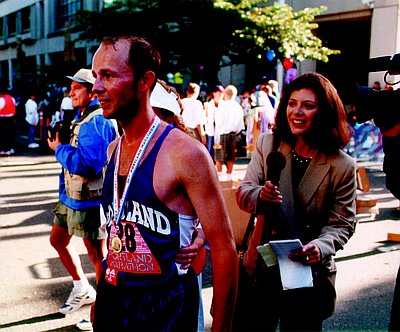 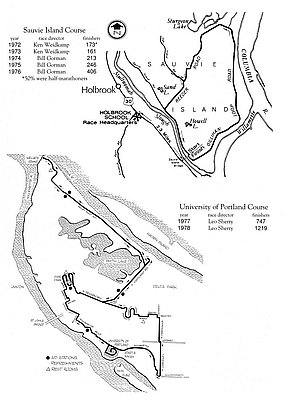 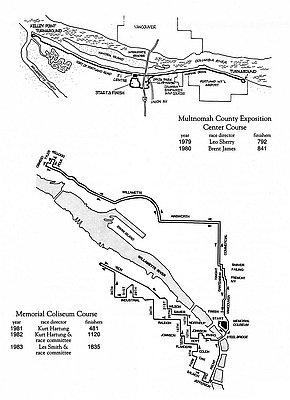 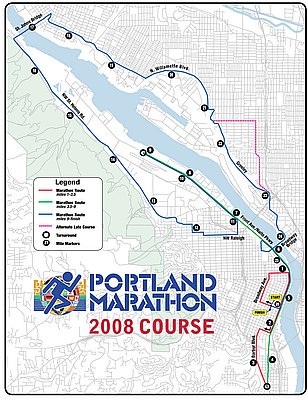