Samuel Magnus Hill came to Oregon in 1915 as minister of the Swedish Carlsborg congregation in Colton. A poet, pacifist, and retired schoolteacher, he served a large number of Swedish congregations in the state.

Hill was born Samuel Magnus Samuelsson in 1851 to poor, landless farm workers in the province of Östergötland, Sweden. When the family immigrated to the United States on the SS City of Limerick in 1868, they took the surname Hill.

In 1879, Hill graduated from Augustana College in Rock Island, Illinois, and took a job teaching at Gustavus Adolphus College in Saint Peter, Minnesota. In 1882, he served for a year as a Lutheran missionary among Scandinavian Mormons in Salt Lake City. He then accepted a position as a teacher and principal of Luther College in Wahoo, Nebraska, where he remained until 1915.

Hill was a man of letters who wrote regularly for the large Swedish American press. From the early 1880s to 1918, he served as one of the editors of Ungdomsvännen, an important Swedish language publication published in Chicago, Minneapolis, and Rock Island. He also holds the distinction of being the only person to publish a book of poems in Swedish in the state of Oregon. Uggletoner i vargatider (Laments in the Time of the Wolf), published in Portland in 1916, is primarily a volume of anti-war poems. As a pacifist Lutheran minister, Hill worked tirelessly against U.S. involvement in World War I.

Hill died in 1921 and is buried in the Lutheran Pioneer Cemetery in Colton. 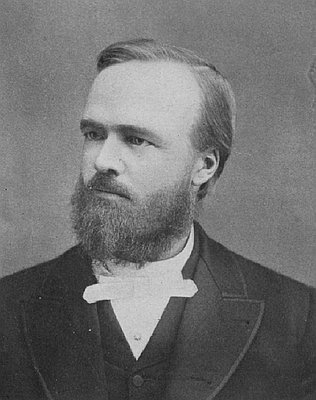 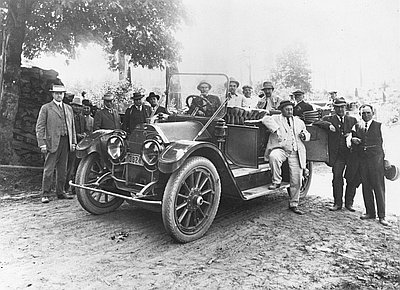