For being a little over five feet tall, Gracie Hansen stood out in a crowd. Maybe it was her wild boa, her hat creations, or her contagious laugh. It could have been the jokes she told. She believed in the best for everyone, which compelled her to run for governor of Oregon in 1970. There has only been one Gracie Hansen.

Gracie Diana was born in Shreveport, Louisiana, on August 21, 1922, to Sam and Maria (Mary) Mariable Diana. The family moved to Longview, Washington, but returned to Shreveport after Sam died in 1930. They soon returned to Longview, where Mary married George Barner and moved the family to Centralia, where he had been the mayor and had helped start the first savings-and-loan bank in the state.

In Centralia, Gracie was the editor of the school newspaper and dabbled in theater. After graduating from high school in 1940, she married a local logger, Leo Hansen. The couple moved to Morton, Washington, and in 1948 adopted a three-week-old child named Sam. When Gracie and Leo divorced in 1958, she found work as a cook, a waitress, and a bank teller before becoming a manager of the only liquor store in town. She was involved with the PTA and started the Morton Follies to raise money for the local school. The Follies ended in 1958 when singing loggers dressed in women’s clothing lifted their dresses during a performance to reveal that they were not wearing underwear. “The Follies got too mature for the PTA,” Hansen said, “and they closed us down.”

When Hansen heard about plans for the 1962 Seattle World’s Fair, she drove to Seattle and presented her case to Century 21, the organizing committee. “I am out to save this Fair from science,” she told them. “There’s just too much of it around us—the monorail, the space needle. I tell you right now, science will never replace sex and cotton candy.” She raised $100,000 and in December 1961 broke ground on Gracie Hansen’s Paradise Pavilion, a 600-seat performance space on Sin Street (later renamed Show Street) that offered three shows a night, six nights a week.

After the fair closed, Hansen acted in Harvey at the Cirque Playhouse in Seattle and worked for a local television station in Tacoma. In 1964, Harvey Dick, a part-owner of Columbia Steel and the owner of the Hoyt Hotel, invited her to Portland, where he wanted to open Gracie Hansen’s Roaring 20s Room. He had seen her at the World’s Fair and thought she would be “exactly the person I need to bring entertainment to my hotel!” A million-dollar renovation converted the hotel’s 5,000-square-foot parking garage into a 500-seat dinner theater, with the first hydraulic lift-stage west of the Mississippi.

Hansen graced the stage there until February 1971, singing and telling jokes to such personalities as Johnny Carson, John Gavin, Duke Ellington, and Count Basie. The Roaring 20s Room became the premiere showcase in Portland, with lines of people waiting to get in. By 1970, Hansen had written Gracie Hansen’s Horoscope for Swingers and was reading “Horoscopes for Swingers” on KATU Channel 2’s morning show. She also contributed a horoscope column to the Community Press, a local newspaper, and in 1972 appeared in the Portland Opera’s La Rondine and Song of Norway and in a movie, The Circle. She had married Tom Cooper, a local sheriff’s deputy, in 1964; Cooper had three children from his previous marriage.

In 1970, Hansen ran for governor of Oregon as a Democrat, with the slogan, “The best governor money can buy.” Competing in the primary against Robert Straub, she came in third. She went to Los Angeles in 1971, where she performed stand-up comedy routines and was hired to be on the CBS comedy show Arnie. The same year, she was invited to be a star attraction at a celebration for the tenth anniversary of the Seattle World’s Fair.

Gracie Hansen died in Los Angeles on January 9, 1985. Gracie: A Musical Adventure, a stage play by Donald Horn, was produced in Portland in 2012. 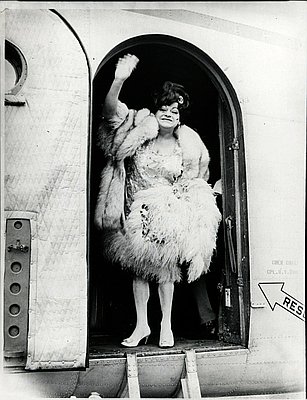 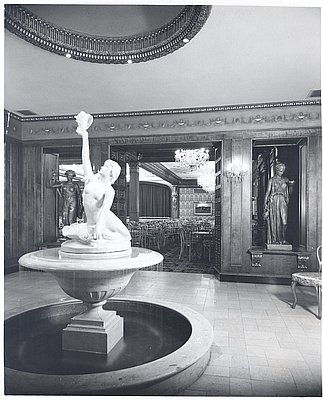 Opened in May 1912 to serve the traveling public and capitalize on Portland's burgeoning convention business, the Hoyt Hotel at Northwest Sixth Avenue and Hoyt Street was advertised as modern and fireproof. It "operated in a first class manner,” the Oregon Journal reported, “with modest prices." For the next six …

When Walter Cole was discharged from the military in the late 1950s, he had little idea that his alter ego, the female impersonator Darcelle, would emerge and that he would become the proprietor of the longest-running drag cabaret on the West Coast.