Gordon Waverly Gilkey was a Monuments, Fine Arts, and Archives officer during World War II and built one of the largest art print collections in the West. At Oregon State University, he fostered what became the College of Liberal Arts and worked to create new majors and expand academic offerings. He also served at the Portland Art Museum in various capacities, ranging from an instructor to a curator, and he and his wife established the Vivian and Gordon Gilkey Center for the Graphic Arts.

Gilkey was born on March 10, 1912, in Scio, Oregon. After high school at Albany, he attended Albany College (now Lewis & Clark College) beginning in the autumn of 1929. Gilkey received his bachelor’s degree in biological sciences in 1933. During summers as an undergraduate, he attended courses at the University of Oregon on a Carnegie Foundation Fellowship and an American Institute of Architecture Fellowship. He attended UO from 1934 to 1936, earning the first Master’s in Fine Arts in Printmaking from the university in 1936. For his graduate thesis, he created a volume of original etchings documenting construction of the new University of Oregon Library.

In the fall of 1936, Gilkey moved to New York City. During the next three years, he published a book containing etchings that constituted a fine art record of the 1939 New York World’s Fair and while working at the National Broadcasting Company did portraits of some of the musicians of the NBC Symphony, including the conductor Arturo Toscanini. During this time, Gilkey began to form a collection of prints. In 1938, he married Vivian E. Malone, a native of Albany, Oregon, and graduate of UO.

During the summer of 1939, Gilkey accepted a teaching position at Stephens College in Missouri. Before he left New York City, he wrote President Roosevelt that if the United States became involved in the European war “there should be knowledgeable people along with the troops to tell them what not to blow up.” This suggestion resulted in the establishment of the American Commission for the Protection and Salvage of Artistic and Historical Monuments in War Areas and the War Department’s Monuments, Fine Arts and Archives program.

Gilkey taught three years in the Stephens College art department, where he introduced printmaking instruction. During the summer of 1942, after volunteering for duty with the Army Air Corps, Gilkey was ordered to active duty. After receiving a commission as a second lieutenant in the Army Air Forces, he was sent to Ellington Field, Texas, where he eventually became supervisor of instruction for the advanced navigation school.

Gilkey remained at Ellington Field until 1944, all the while trying unsuccessfully to become a Monuments, Fine Arts, and Archives officer—the military thought he was more useful as an instructor. During early 1945, Gilkey volunteered for a position with the Army Air Forces as a combat intelligence officer, and after training for that position he was sent to Europe where he was transferred rom the Air Force to theater headquarters in Frankfurt, assigned to the Office of the Chief Military Historian. His job was to head up the War Department's Special Staff Art Projects in Europe, which provided liaison with the European governments' restitution missions and was responsible for the location and confiscation of Nazi propaganda and German war art. Gilkey also served as the liaison between military leadership and the Monuments, Fine Art and Archives officers.

Beginning in December 1946, he worked to get war art in some semblance of order and to put down as much information as possible for their eventual use. All the pictures were labeled and packed, over 8,700 items, and shipped to a military facility in the United States on March 20, 1947. His work earned him several international honors and the U.S. Meritorious Service Medal.

Gilkey returned to the United States in August 1947. As a result of his contacts with art dealers and collectors in Europe, his print collection continued to grow. By 1947, Gilkey had amassed a large collection of prints and etchings by artists, from the fifteenth century to his contemporaries.

Arriving back in Oregon, Gilkey was hired as a professor of art and chair of the Art Department at Oregon State College (now Oregon State University) in Corvallis. Over the next few years, he organized the Oregon Art Alliance and received an honorary doctorate from Lewis & Clark College. He was named dean of the OSU College of Humanities and Social Sciences in 1964. In 1968, he created OSU's international student and teacher exchange program in coordination with Stuttgart University in Germany, a program that has since expanded to include all Baden-Württemberg universities and Oregon's state colleges and universities.

At about the same time, Governor Mark O. Hatfield named Gilkey the first chair of the Oregon Arts Commission. He also played an important role in establishing the National Endowment for the Arts and the National Endowment for the Humanities in 1965. During 1977, Gilkey retired as a colonel in the reserves and from OSU. By this time his print collection of more than fifteen thousand pieces was conservatively estimated at over $10 million.

The Gilkeys moved to Portland in April 1978, and Gilkey became involved with the Portland Art Association. He served as curator of prints and drawings, artist-printmaker in residence, and taught a class in studio printmaking and a lecture class in the history of printmaking. He continued to produce his own work and was represented in major museums, including the Metropolitan Museum, the Library of Congress, the Smithsonian, the Bibliotheque Nationale (Paris), and the British Museum.

In 1978, Gilkey decided that his collection should be shared, preferably in a permanent home accessible to students, scholars, and the public. That year, he donated about eight thousand prints to the Portland Art Museum. He and his wife ultimately donated more than fourteen thousand objects. The museum's Vivian and Gordon Gilkey Center for the Graphic Arts was inaugurated in 1993. Gilkey served as curator for the collection, while also teaching printmaking at the museum's school, the Pacific Northwest College of Art.

Gilkey continued to serve as curator of prints and drawings until his death on October 28, 2000. By the time he died, his collection, which numbered about twenty-one thousand graphic art prints and six thousand photographs, was among the most important print collections on the West Coast. Shortly before his death, he received an honorary doctorate from OSU, and the University of Oregon School of Architecture and Allied Arts awarded him its highest honor, the Ellis F. Lawrence Medal. In 2001, the Social Science Hall at Oregon State University was renamed Gilkey Hall.

“Gordon Gilkey: Man of Many Accomplishments.” CLA ALUM: The Magazine for Alumni of the OSU College of Liberal Arts 15.1 (July 1997). 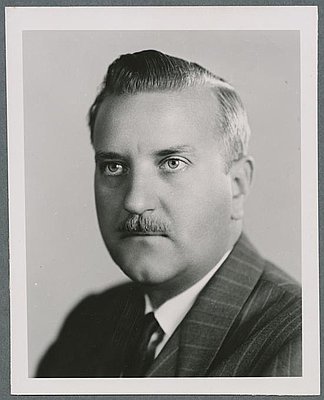 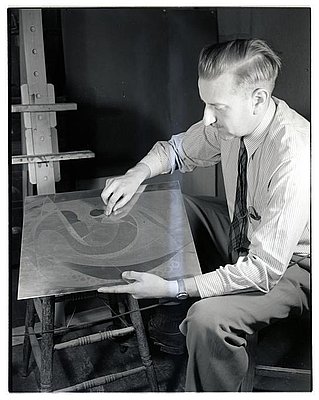