Constance Fowler was a painter, printmaker, author, and educator during a career that spanned more than sixty years. Best known for the expressive realism of her wood engravings and oil paintings produced in the 1930s and 1940s in Oregon, she later worked in personal variations of abstract movements that dominated American art after 1950.

Born June 2, 1907, in International Falls, Minnesota, Constance Edith Fowler attended public schools in Minnesota and moved with her parents and sister to Pullman, Washington, in 1923. She earned her Bachelor of Arts degree at Washington State College in 1929 and studied art for another year at the University of Washington before moving with her family to California and, in 1932, to Salem, Oregon. In 1935, she was hired to teach art at Willamette University.

During the summers of 1936-1938, supported by a Carnegie grant, Fowler studied at the University of Oregon with Walter R. B. Willcox, head of the architecture department, and the painter Andrew Vincent. She earned her Master of Fine Arts degree in 1940. For her thesis project, she made twenty wood engravings of historic sites in the Willamette Valley, which she published (with text) as The Old Days, In and Near Salem, Oregon (Dogwood Press, Seattle, 1940). Fowler wrote a second book, Understanding Art, which remains unpublished.

During the period 1936-1946, Fowler exhibited her work in the Portland Art Museum and Seattle Art Museum annual exhibitions of Northwest art. At the New York World's Fair of 1939, she was an official Oregon representative in the exhibition "American Art Today," with her wood engraving Pioneer Church. In 1942, Fowler's painting Stayton Mill, depicting a flour mill southeast of Salem, won the Katherine B. Baker Memorial Purchase Prize at the Seattle Art Museum. With Gardiner, Oregon (1937; Salem Public Library) and Heceta Lighthouse (1937; Hallie Ford Museum of Art), Stayton Mill is characteristic of her paintings of the thirties and early forties—renderings of isolated buildings set in landscapes with turbulent foliage and fitful light. Robert Tyler Davis, director of the Portland Art Museum, included her in the exhibition "Oregon Artists" at the San Francisco Museum of Art in 1943 with William Givler, Charles Heaney, David McCosh, Carl Morris, C. S. Price, Albert Runquist, Andrew Vincent, and Charles Voorhies. Like them, Fowler was recognized as an artist who expressed the mood and poetry of the Northwest.

Fowler taught at Willamette for twelve years, resigning in 1947 to take a position at Albion College in Michigan, where she taught until 1965. Leaving Oregon in 1947 was a major step at a crucial moment in the cultural history of the United States, with World War II at an end and younger artists questioning the values of American Regionalism and realism. Fowler spent the rest of her career experimenting with painterly and geometric abstraction.

In the Midwest, Fowler exhibited at the Butler Art Institute in Youngstown, Ohio, Detroit Institute of Arts, and other prestigious venues, but the major period of her career was the pre-war and wartime era in the Pacific Northwest. With family and friends in Oregon, her ties to the Northwest remained strong. She retired to Seal Rock on the coast in 1965. Returning to Salem in 1986, she suffered a stroke in 1993 and spent her last years in a nursing home in Oregon City. Constance Fowler died on May 11, 1996, at age 88. 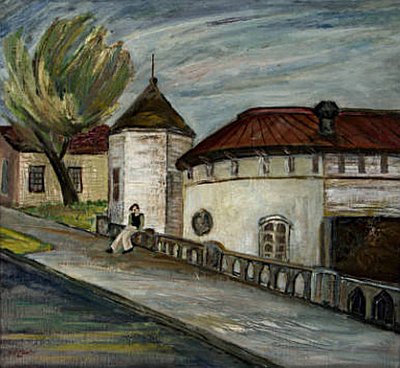 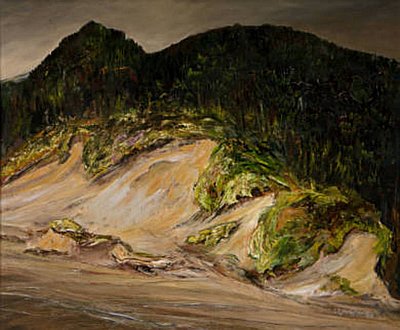 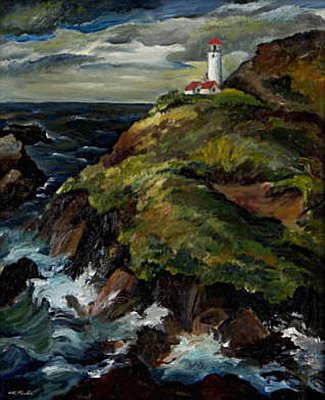 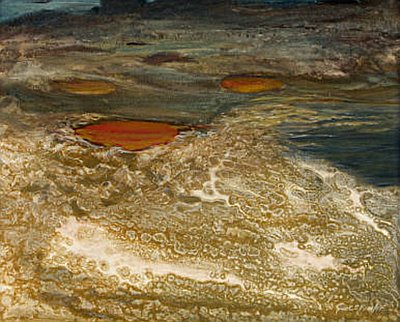 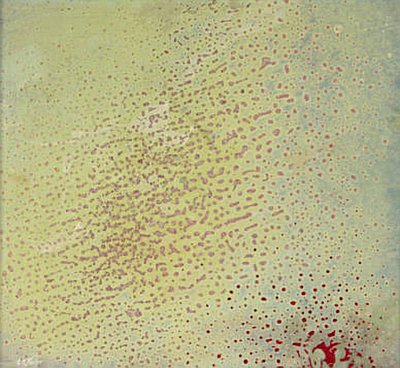 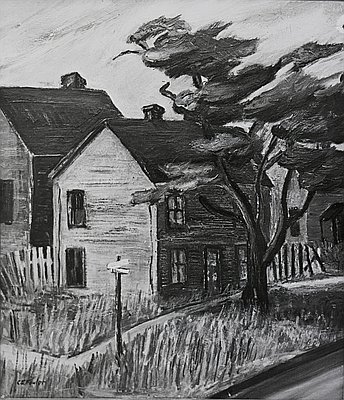 Fowler, Constance. The Old Days, In and Near Salem, Oregon. Seattle: Dogwood Press, 1940.