The Garden at Elk Rock (also known as The Bishop’s Close) on the Willamette River between Portland and Lake Oswego is arguably the oldest, largest, intact private garden in the Pacific Northwest. In his sixty years on the property, from 1897 until his death in 1957, businessman Peter Kerr developed Elk Rock, an estate whose purposes included food production, recreation, socializing, and ornamental gardening.

A Scottish immigrant with cosmopolitan sensibilities, Kerr and two other bachelors rented the five-acre property, which included rough pasture, native trees, and a Queen Anne-style house dubbed the Cliff Cottage for its location on the eastern edge of the bluff. The new tenants created a lawn, tennis court, and rustic golf course, and a cow, poultry, and vegetable garden supplied the kitchen run by the resident Chinese cook/houseman.

Visitors arrived on horseback or by way of the new interurban train at the base of the bluff to socialize and walk the paths that Kerr built himself. “I got it [poison oak],” he later remembered, “through digging the nasty shrub out of a path we were making.”

In 1905, Kerr married Laurie King and the couple moved into Cliff Cottage; their two daughters were born there. Peter planted a fruit orchard and a large flowerbed. By 1906 the Kerrs owned three lots in Abernethy Heights, increasing the total acreage of their Elk Rock property to 13.38 acres.

In December 1909, Kerr hired landscape architect John C. Olmsted of New York to evaluate Elk Rock and a five-acre lot at Waverly Heights across the river. Kerr’s parents had taught him to garden, so while he referred to Olmsted’s suggestions, he followed his own inclinations.

Provided with a client wish list and an image of a Scottish manse, Portland architect Ellis Lawrence was commissioned in 1915 to site a new house. The lawn was retained, but the orchard and flowerbed were eliminated. The new house was built at the base of the hill, with its living and dining room windows facing Mount Hood.

Kerr hired Emanuel T. Mische, Portland’s first superintendent of parks, to develop a planting scheme for the property. As with Olmsted, Kerr referred to Mische’s plans but experimented with a variety of plants, including favorites from Scotland, Northwest natives, specimen shrubs and trees, as well as brightly colored annuals.

Two years after the Kerrs moved into the house, they replaced the terraced garden and its espaliered fruit trees with a swimming pool, tennis courts, and a two-car garage with apartment above. Adolph Meyer, a Swiss-trained landscape architect, installed new basalt retaining walls, a rock garden, and steps throughout the garden.

The garden at Elk Rock was the family’s private domain, but its reputation spread. It was opened to the public in 1959, after Peter Kerr’s death, when the property was given to the Episcopal Bishop of Oregon and renamed The Bishop's Close Garden at Elk Rock. Since its creation in 1897 the garden has survived due to the skills of dedicated professional gardeners who worked with Mr. Kerr during his lifetime and under the direction of a volunteer Garden Committee since 1959. 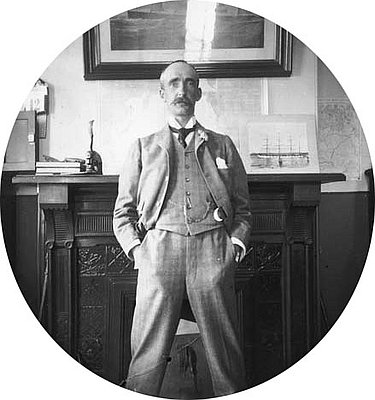 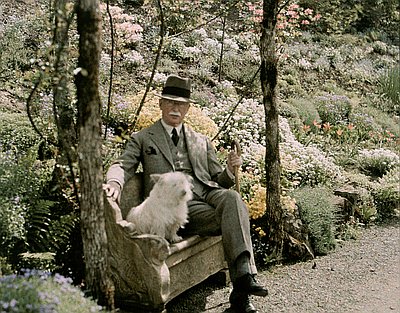 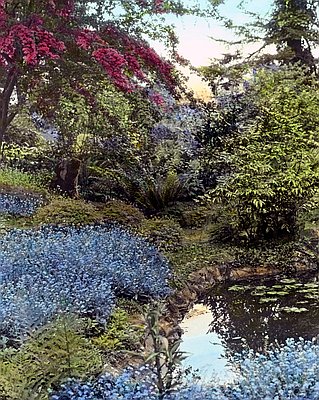 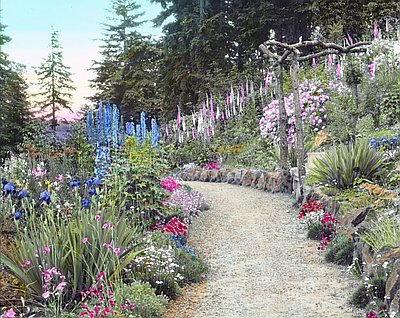