Portland architect Ellis Fuller Lawrence was the leading organizer of his profession in Oregon in the early years of the twentieth century. Although he maintained an active practice independently and had several associates and partners over forty years, it was the architect’s zeal for advancing the profession through architectural education that completed his legacy.

As founder and first dean of the School of Architecture and Allied Arts at the University of Oregon, from 1914 until his death in 1946, Lawrence shaped a professional school that was noted for its pioneering break with the universal academic model, the École des Beaux Arts in Paris, and its competition-based method of instruction. The Lawrence Medal, the School’s highest recognition for distinguished alumni, was created in his honor in 2000.

Born in Malden, Massachusetts, in 1879, Lawrence received his bachelor’s and master’s degrees in architecture at the Massachusetts Institute of Technology (MIT). After graduating in 1902, he was an apprentice with firms in Boston and Portland, Maine, including Codman & Despradelle, Peabody & Stearns, and John Calvin Stevens. Following eight months of travel and study in Europe, Lawrence came to the West Coast and settled in Portland in 1906. He was briefly associated with Edgar Lazarus before entering into partnership with his MIT classmate E.B. MacNaughton.

The firm of MacNaughton, Raymond & Lawrence was succeeded by Lawrence's long-lasting partnership with William G. Holford. The partnership was formed by 1913 and eventually expanded to become Lawrence, Holford, Allyn & Bean. The culminating partnership of the architect’s career was formed in 1944 with his son H. Abbott Lawrence, who had worked in his father’s office in the 1930s.

Of the more than five hundred projects attributed to Lawrence and his associates, 40 percent were residential works in Arts and Crafts, Colonial Revival, and varied historic period styles. Some of his later work, including public buildings and commercial and industrial projects, took on a modern sensibility.

The architect was well known for his activism in the public interest. He organized Portland’s Builders Exchange in 1911 to promote cooperation among architects and building tradesmen. In 1921, Lawrence organized the Oregon Builders Congress, a coalition of architects, contractors, and suppliers that approved a code of ethics and promoted legislation for a court of arbitration to settle labor disputes. He was a key promoter of municipal planning in Portland.

From the earliest years of his practice, Lawrence acted on his belief in the importance of mutual support and training. In 1906, he helped form the Portland Architectural Club and was an early president. He led the first convention of architects on the West Coast in Portland in 1909 and successfully proposed its outgrowth, the Architectural League of the Pacific Coast. In 1909, he was elected patron (master) of the Portland Architectural Club’s Society of Beaux Arts Architects atelier (studio), which provided the first formal instruction for younger draftsmen at a time when state-sponsored architectural education did not exist in Oregon.

Lawrence was a founder and first president of the Oregon Chapter of the American Institute of Architects, chartered in 1911. He saw to it that the AIA’s rules to uphold fairness in the conduct of design competitions were applied in public projects. In recognition of his public spirit, he was elected to the AIA College of Fellows in 1913. With the creation of an architecture degree program at the University of Oregon in 1914 and passage of the Oregon Architects’ Registration Law in 1919, the framework for ensuring professional development and standards that Lawrence and his colleagues had advocated was complete.

Lawrence brought characteristic drive to his combined roles as campus architect and dean of the University of Oregon School of Architecture and Allied Arts. He commuted by rail once a week from his home and practice in Portland to Eugene, where he taught studio courses and city planning. He laid down an innovative structure for the school. By integrating education in architecture and the fine arts, he demonstrated the value of creative collaboration. His intentional drift away from the Beaux Arts academic model led to abandoning the old system in the 1920s in favor of a freer, more progressive approach that encouraged individuality and focused on practical problems.

The architect’s works on the University of Oregon campus include Gerlinger Hall and the Women’s Quadrangle (1917-1921), the Museum of Art (1930), and the library (1939). The Lawrence-designed architecture building, together with its early additions, was considerably enlarged by modern facilities and rededicated in 1958 as Lawrence Hall.

In Portland, the Albina Branch Library (1912), Westminster Presbyterian Church (1914), Riverview Cemetery caretaker’s house (1914), and the University of Oregon Medical School (1917-1922) were designed by Ellis Lawrence. In Salem, Lawrence and his associates designed the Masonic Temple (1912), Elsinore Theatre (1926), and the Thomas A. Livesley House (1924) today known as “Mahonia Hall,” the official residence of Oregon governors. 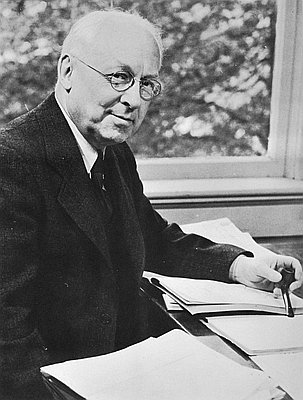 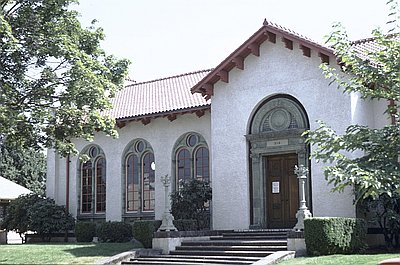 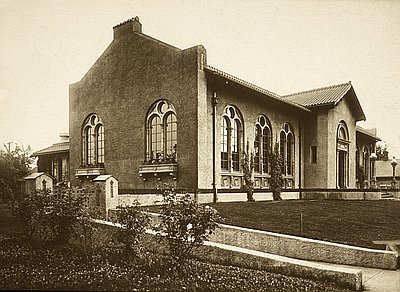 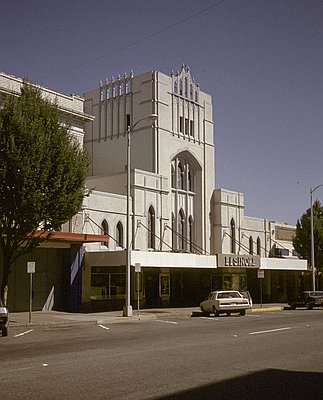 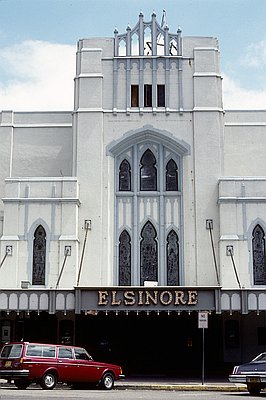 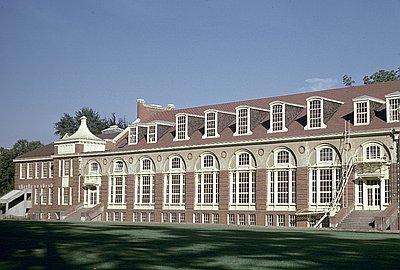 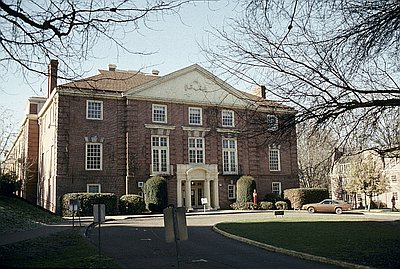 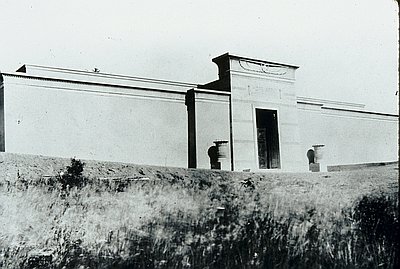 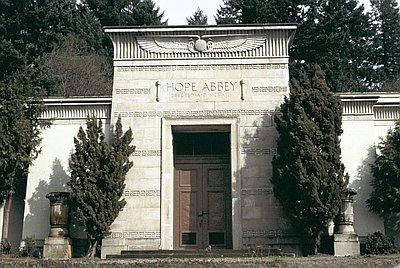 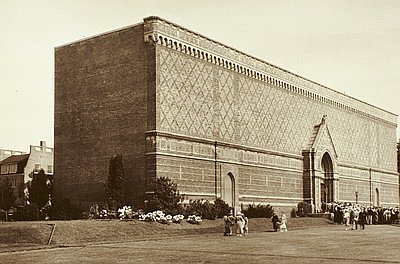 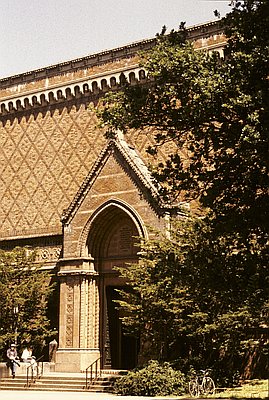 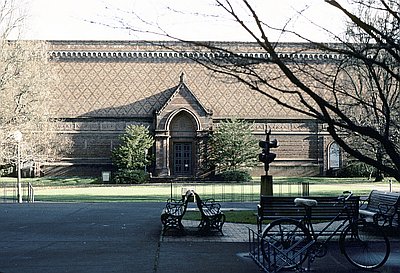 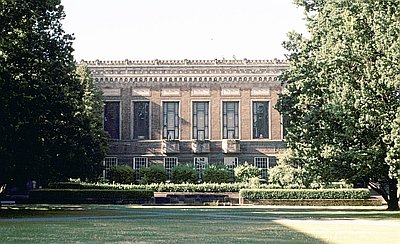 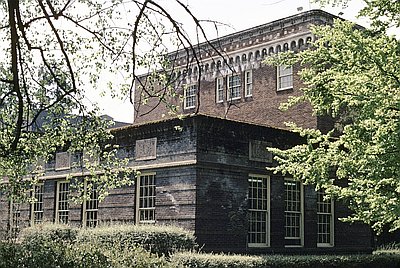 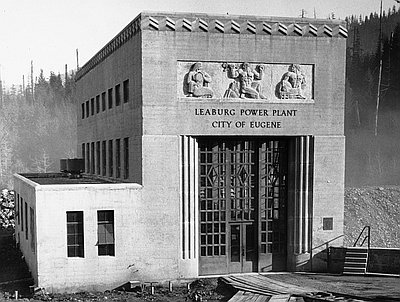 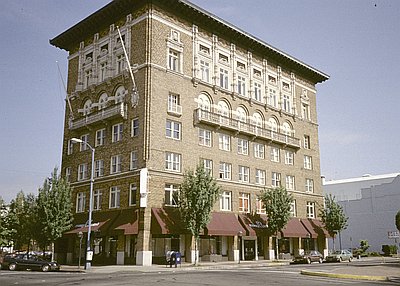 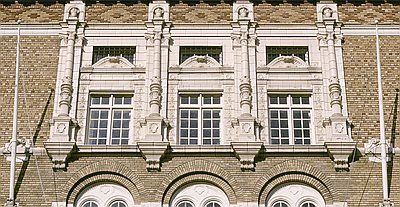 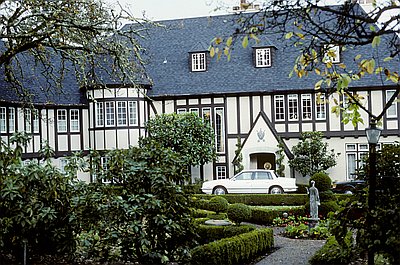 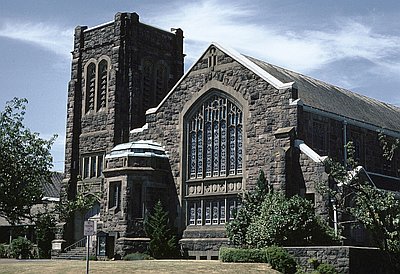 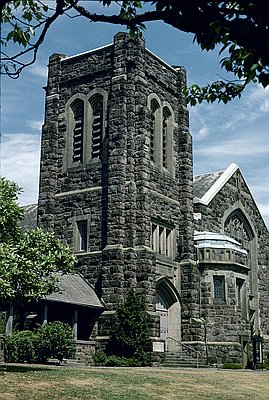 Shellenbarger, Michael, ed. Harmony in Diversity: The Architecture and Teaching of Ellis F. Lawrence. Eugene: Museum of Art and the Historic Preservation Program, School of Architecture and Allied Arts, University of Oregon, 1989.

Paul Cole Murphy played a major role in the development of Laurelhurst in southeast Portland, and Oswego (now Lake Oswego).

Born in Mount Vernon, Ohio, on August 25, 1876, Murphy moved with his family to Washington State in 1893. After working lumber-related jobs, he became treasurer of the City of …