Known as the quintessential villainous character Jack Elam lived in Ashland from 1987 until his death in 2003 at the age of eighty-two. His career in film and television spanned more than forty years, with appearances in over fifty movies and dozens of television shows.

Elam was born in Miami, Arizona, on November 13, 1920. When he was a boy, he was involved in a “scrape,” as he later called it, with a fellow Boy Scout who stabbed him in the left eye with a pencil. That injury gave Elam his signature look, making him easily identifiable even to those not familiar with his acting work.

Elam's mother died when he was a small child. He lived with various families in the small mining town of his birth, earning his keep, until he was nine years old, when he went to live with his father, an accountant in California. In 1936, when he was sixteen, Elam reportedly lied about his age to get a job as an auditor with Standard Oil, following in his father's footsteps. In Los Angeles, he worked as an auditor for Samuel Goldwyn Studios and took a job as an office controller for William Boyd at Hopalong Cassidy Productions. Because of his failing eyesight, a result of his boyhood injury, Elam had to find another career, and in 1948 he turned to acting. His first role was in the 1949 movie Trailin' West, in which he played a killer. His long career ended in 1995, when he made his last appearance on Bonanza: Under Fire.

Elam had a talent for comedy as well as villainy. He appeared in a supporting comedic role alongside Frank Sinatra in the comedy-gone-western Dirty Dingus McGee (1970) and flaunted his cantankerous side with Willie Nelson in Where the Hell’s that Gold? (1988). Elam was not a fan of acting that inspired psychological speculation and was more oriented toward the “what you see is what you get” approach to the craft. Perhaps because of that, he never attended a play at the Ashland-based Oregon Shakespeare Festival.

Elam’s brand of humor and philosophy are made evident in his colorful roles and in his relationships. He is remembered by close, longtime friend Al Hassan as being “cantankerous in a great way, in a funny way…He smoked, drank, all that stuff. He lived one of the best lives I've ever seen.” Hassan said when interviewed by the Associate Press after Elam’s death.

In 1994, Elam was recognized for his significant career in the Western genre when he was inducted into the Hall of Great Western Performers of the National Cowboy & Western Heritage Museum. 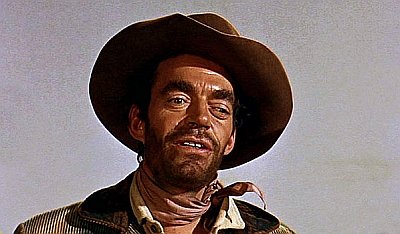