James Ivory, who received three Academy Award nominations for best director, grew up in Klamath Falls and graduated from the University of Oregon. He lives in New York but spends some of the summer months at the Lake of the Woods, about thirty miles northwest of Klamath Falls.

“It’s a kind of reconnection with scenes and sounds and people I’ve known all my life that have helped to form and make me the person I am,” Ivory said of pilgrimages to the rustic cabin his family bought in 1942.

Ivory’s first film was Venice: Theme and Variations, a documentary that the New York Times named as one of the best nontheatrical films of 1957. He founded Merchant Ivory Productions with producer Ismail Merchant and Ruth Prawer Jhabvala, the screenwriter for many of their productions. Their first theatrical release was The Householder, based on a novel by Jhabyala.

In an interview with Robert Emmet Long, Ivory talked about the perils of growing up: “I was a good target for teenager terrorists: lanky and skinny, with a reputation for being a snob and know-it-all. After one bad episode my father put me in a gym program to build me up. To learn to run faster might have been more to the point.”

While he has many favorite films, Ivory said that Mr. and Mrs. Bridge, with Paul Newman and Joanne Woodward, is particularly cherished because aspects of the film remind him of his parents and growing up in Klamath Falls. “It’s American small town life. That is my background. I may live in New York, but small town life, that’s where I come from.” 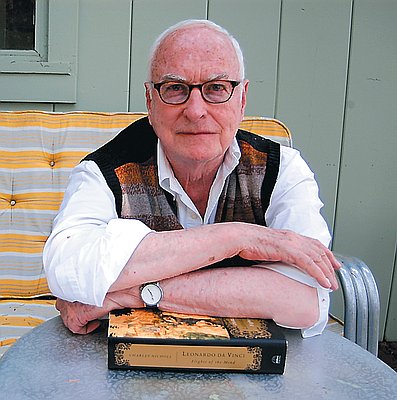