Cyrus James “Cy” Bingham, an early U.S. forest ranger, served in Oregon’s Cascade Range from 1903 to 1920, the years when the forest reserves administered by the Department of the Interior were becoming national forests under the newly established U.S. Forest Service. A folk artist and poet, Bingham worked on lands that were later included in the Deschutes, Willamette, and Umpqua National Forests.

Born in 1870 in Oakland County, Michigan, Bingham was working as a cowboy in Asotin County, Washington, by the time he was twenty. He married Connie Boggan, and the couple moved to Idaho and southern Oregon, where he worked in mining. In 1900, the Binghams settled in Lane County, and Cy ran stamp mills—which crushed ore for processing—in the Bohemia Mining District.

In June 1903, the Department of the Interior hired Bingham as one of the first forest rangers in the Cascade Range Forest Reserve. A large and powerful man, he was reportedly the first to penetrate the high country to patrol the part of the reserve that stretched from the Three Sisters country in the north to Crater Lake in the south. As with many early rangers, Bingham lacked formal training in land management, but he had outdoor skills and an ability to persuade others.

As one of the few federal administrative officers assigned to the Cascade crest area, Bingham’s duties included detecting and suppressing forest fires, locating and constructing trails, and arbitrating grazing rights disputes between cattle ranchers and sheepherders. Bingham’s pay was $75 a month, out of which he paid for his own saddle and packhorses, tools, and food.

Connie and Cy Bingham spent the winters in McKenzie Bridge or Oakridge, and Connie often joined her husband in the mountains during the summer seasons. After two years of wearing the nickel-plated badge that identified him as a Forest Reserve Ranger, Bingham pinned on the bronze shield of the U.S. Forest Service to continue his work on the forest reserves, which were renamed national forests in 1907.

Aside from official government papers and his poetry, Bingham left few accounts of this service, except for the tree carvings that helped make him famous. The carvings, which documented his travels through the Cascades, included his name, title, date, and remarks on twenty or more trees. Known as Cy Bingham Trees, some can still be found in the woods, while others are preserved in museums. Bingham used the carvings, which were also used by some Native Americans and Basque sheepherders, to leave an enduring record of his presence and peregrinations.

In November 1907, Bingham was promoted to forest supervisor of the newly created Malheur National Forest and was transferred to its headquarters in John Day. He resigned from that post in 1920 and was elected sheriff of Grant County, where he served until 1932. He and Connie retired to California, where he died in Pomona in 1937. 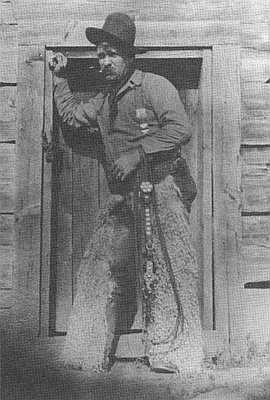 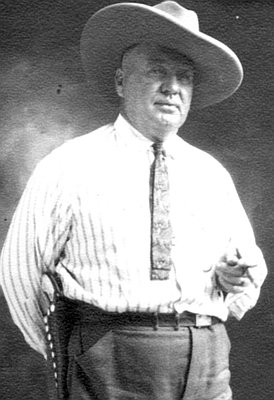 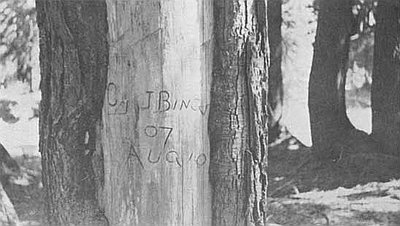 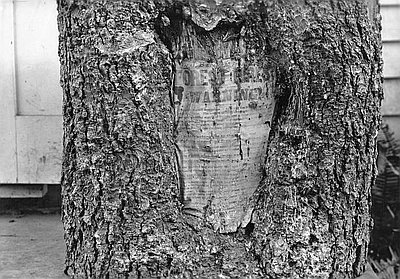 The Forest Service Radio Laboratory (FSRL)—located in Portland from 1933 until 1951—pioneered the development and use of low power, lightweight, shortwave wireless radio sets. This innovation provided a way for forest rangers and firefighters to communicate in the rugged, forested terrains of the Pacific Northwest. Wireless radio was much more …

Henry Haefner was an early forester and oral historian in the Siskiyou National Forest. A 1908 graduate of Iowa State University, he began work for the U.S. Forest Service in July of that year. His first assignment was with the Coconino National Forest in Arizona, working in a crew of eight …

The first forest reserves in the state were established in 1892-1893, although management of the federal forests did not begin until the summer of 1898. The origin of the Cascade Range Forest Reserve dates from the summer of 1885, after William G. Steel visited Crater Lake near the southern end …

Walter Julian Perry arrived in Bend, Oregon, on New Year's Day 1925. He had been transferred by the U.S. Forest Service from the Carson National Forest in New Mexico to the Deschutes National Forest for a specific reason: he was a forester possessed of a timber management ethic essential to …