The Forest Service Radio Laboratory (FSRL)—located in Portland from 1933 until 1951—pioneered the development and use of low power, lightweight, shortwave wireless radio sets. This innovation provided a way for forest rangers and firefighters to communicate in the rugged, forested terrains of the Pacific Northwest. Wireless radio was much more reliable than carrier pigeons (as used during the 1919 Oregon fire season) or telephone networks, which required the expensive installation of lines throughout the forests.

Dwight L. Beatty, who climbed the ranks from forest ranger to Inspector in the Office of Operations, demonstrated its use at a fire conference in 1927, in Missoula, Montana. He used a home-built set and was able to send and receive calls using Morse code telegraphy. The forest service officials were impressed and lobbied Washington headquarters to support Beatty's efforts. Beatty set up the first laboratory in Tacoma in 1929, before it moved to Portland in the early 1930s.

Even though the lab was small (it never employed more than eight engineers), it was an important institution for the development of local radio technology. It offered radio schools to train forest workers on the new equipment, and was the nucleus of the local Institute of Radio Engineers (IRE), providing local radio enthusiasts such as Tektronix co-founder Howard Vollum a place to exchange ideas with peers. Several of the lab's employees—such as Logan Belleville, who became Tektronix's second engineer, and Douglas Strain, co- founder of Electro Scientific Industries—would become part of the budding high-tech economy in Portland.

The lab primarily contracted with local firms who worked closely with FSRL to produce the equipment. During the second world war, the forest service provided communications for the Aircraft Warning System. The Portland lab produced about 877 radio units for the Army.

FSRL developed more than two dozen different radio sets, all of which were simple, rugged and reliable. During the late 1940s, as the field became more competitive, the Portland lab was pressured by Washington D.C. bureaucrats to use standardized technology from large national electronics companies and the development and manufacturing shifted away from local firms. Over time, the Forest Service converted to commercial radio and during the early 1950s, the FSRL was moved closer to the Washington D.C. headquarters. 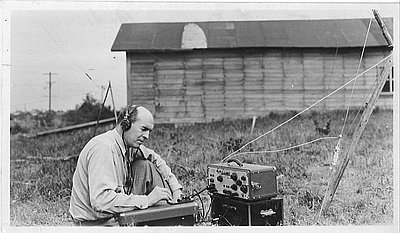 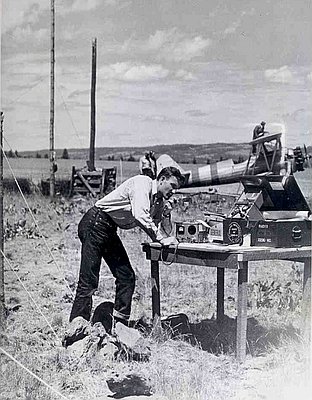