Munger was born on October 3, 1883, in North Adams, Massachusetts, the son of the Rev. and Mrs. Theodore Thornton Munger. He arrived in Oregon in 1908, having completed a master of forestry degree at the Yale Forest School earlier that year. After two months in the Office of Silvics, the research branch of the U.S. Forest Service in Washington, D.C., Munger had been sent to central Oregon to study the encroachment of lodgepole pine on the more valuable ponderosa pine on the national forests in the state.

Munger spent September, October, and November roaming central Oregon, mostly on horseback, trying to puzzle out the ecological relationship between the two pines. "It has since struck me how audacious or naive it was for the Washington Office to assign a forest assistant with no experience, who had not even seen the two species before, to such a study that now would be assigned only to subject specialists with Ph.D.s," he mused in 1962.

While in central Oregon, Munger was told to report to Portland to take charge of a one-man Section of Silvics at the Forest Service's soon-to-be-created North Pacific District (later the Pacific Northwest Region) office. Forest Service research in those days was primitive but promising. There was so much to know, and there were so few foresters with so little time to study and learn. Forest science was in a race with forest industry, and it was a race science could not win, as industry cut a wide swath through what it considered a "one-time crop" without regard for the future.

Munger, who knew that most of the scientific and economic questions on sustainable and profitable forest management were yet to be answered, developed the organization to address them. In 1915, he was named head of the Portland office's enlarged Division of Silviculture, and in 1924 he became the first director of the Pacific Northwest Forest Experiment Station.

As he assumed his new role, Munger set the utilitarian tone of the Station's work on behalf of public and private interests. "We have no time now for research for research's sake," he said, and directed his organization's research toward "the important timber belts, where the extensive lumbering operations lie and where there are great areas whose future may be either devastation or reforestation. The selection of projects will depend on their economic importance."

This practical focus boiled down to setting as research priorities the Douglas-fir forests west of the Cascade Range and the ponderosa pine forests east of the Cascade Range, the Pacific Northwest's two major forest types. "It may be presumptuous to say that man can improve on Nature, but he certainly can if he goes about it," Munger told the Pacific Logging Congress in Portland in 1924. "Under proper management man can produce more wood per acre than Nature has in the wild stands."

The research challenge, as he saw it, was to discover the ecologically and economically viable silvicultural systems that would convert the stagnant or slow-growing, old-growth forests east and west of the Cascade Range into faster-growing and more-productive second-growth forests.

To help, Munger recruited Richard E. McArdle, a future chief of the Forest Service, and Robert Marshall, a future leader of the wilderness movement. With the assistance of these and other talented foresters and scientists, Munger built a forest research organization, renamed the Pacific Northwest Forest and Range Experiment Station in 1936, comprising laboratories and experimental forests throughout the region.

As the Station grew, Munger tired of his increasing administrative burden—perhaps because of his close and strict style of administration—and longed to return to what he called "real research." On July 1, 1938, he stepped down to fill the vacant job of heading up forest management research at the Station, a position he held for the rest of his career.

As a result of Munger's leadership, forest science in the Pacific Northwest moved knowledge of forest and rangeland resources in the region from infancy to maturity—and always "a little closer to the truth." As a tribute to his contributions to forest science in general and silviculture in particular, Oregon State College in 1938 awarded Munger an honorary doctorate in science.

Munger retired from the Forest Service in October 1946 but remained an active citizen and leader of Portland's conservation community until his death in 1975. Most significantly, perhaps, he chaired the committee that helped preserve Forest Park, a 5,000-acre woodland within reach of Portland's downtown. 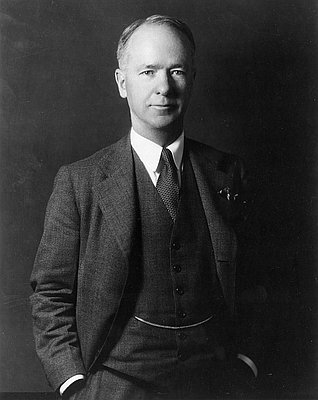