Arthur Sylvanus Bimrose spent more than three decades as the seven-days-a-week editorial cartoonist of the Portland Oregonian. Unlike his conservative Republican predecessor, Quincy Scott, and his more liberal successor, Jack Ohman, Bimrose's artistically simple, broad-lined cartoons tended to be more celebratory and less controversial—a match for the sleepier, more isolated Portland of the 1950s and 1960s. While he frequently drew state officials, Bimrose was not a sharp caricaturist, relying more on labeling his figures for his cartoons. He combined boosterism with an affinity for the "little guy," whom he often depicted as a modest figure with politicians aiming at his pockets.

Art Bimrose was born in Spokane, Washington, in 1912 and moved to the Rose City Park neighborhood of Portland with his family when he was five years old. He graduated from Grant High School into the Depression, a circumstance that curtailed both his educational and employment opportunities. For a year, he studied at the San Francisco Art Institute and briefly attended the University of Oregon. He did contract artwork in both San Francisco and Portland, doing signs and illustrations for clients such as Sears Roebuck and Fred Meyer. In 1937, he was hired part-time in the art department of the Oregonian to work on printing plates, eventually becoming a fulltime staffer and a Sunday editorial cartoonist. When Quincy Scott retired as the paper’s main editorial cartoonist in 1949, Bimrose was named to the position.

During World War II, Bimrose was drafted into the U.S. Army and spent two years in the South Pacific. At the end of his career, in the early 1980s, he recalled that it took him a year or two to readjust to civilian life. “Being in combat, it changes your mind on a lot of things,” he explained, “and it takes a while to settle down.” He did some paintings, based on his war experiences, that were very different from his drawings—vivid watercolors depicting what he had seen. While the Oregonian editorially supported the Vietnam War, Bimrose remembered thinking that “this is ridiculous, the way they’re in this war over there. It’s silly.” His time in the war had affected his thinking, although his cartoons stayed close to the newspaper's editorial positions.

Bimrose’s cartoons were not sharply satirical or built around gags. They tended to be positive and encouraging, often cheering on national holidays or local developments. His patriotic themes won awards from the Freedoms Foundation, a Valley Forge, Pennsylvania, organization devoted to encouraging patriotism and free enterprise, and several of his cartoons were included in the annual volume of the year's best cartoons.

While other cartoonists drew sharp and sometimes angry reactions from readers, Bimrose cartoons never produced threats to cancel subscriptions. They were never cynical about politics or America and never engaged in the racial or religious stereotyping common in the nation at midcentury. “I like to draw the little guy,” he once explained, “the voter, taxpayer, the one getting the brunt of everything.” His cartoons often were built around the perplexity of an Everyman figure in a battered fedora with a drooping cigar.

Bimrose believed that his role was to support the editorial positions of the Oregonian, which during much of his tenure identified itself on the masthead as an “Independent Republican newspaper.” “Of course,” he later recalled, “if I’d draw one that wasn’t in company with the editorial policy, they wouldn’t use it. But I’d had the satisfaction of at least expressing my view.” Later in his career, he had more freedom, but he still tended to stay close to the paper's editorial positions.

When Bimrose retired in 1983, the City of Portland proclaimed Art Bimrose Appreciation Day. He died in Portland in 1998 after a quiet retirement. He and his wife Olga had one son. Through his career, he generously gave away his original drawings on request, and many of his hundreds of cartoons are held by the Oregon Historical Society Research Library. 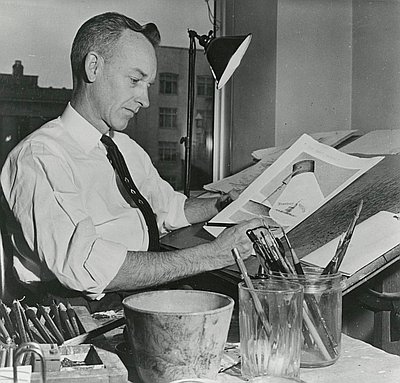 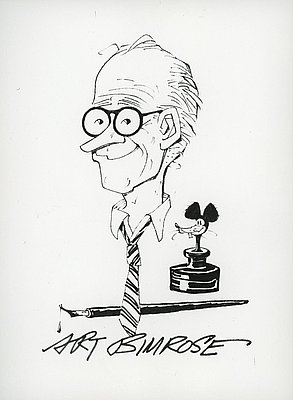 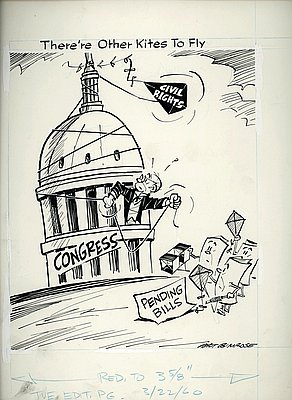 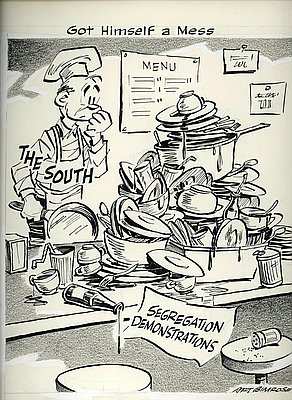 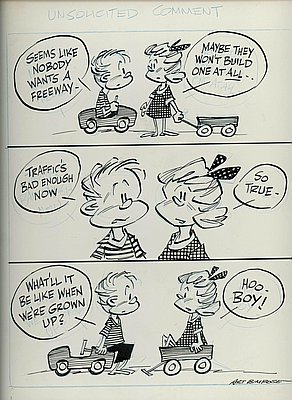 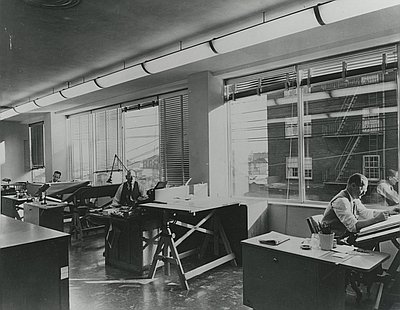 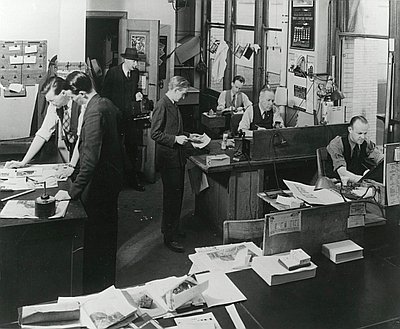 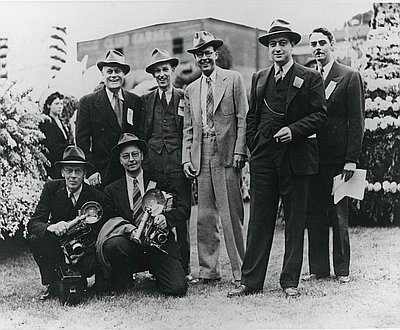 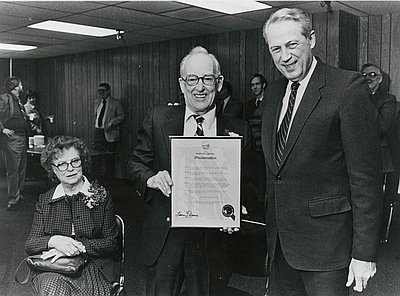 Painter Clyde Keller, born in Salem on February 22, 1872, showed early signs of artistic talent. By age twelve, he was enrolled in a drawing class at Willamette University under the tutelage of artist Mary Bridges. He would return to the university as a young man to continue his art …