Don Berry holds a special place in the history of the arts in Oregon. He is best known as the author of three highly regarded historical novels set on the Oregon coast during the first white settlements: Trask (1960) his most widely known book; Moontrap (1962), a National Book Award nominee; and To Build a Ship (1963). All are notable for their insightful and original treatment of white-Indian relationships. He wrote the novels and A Majority of Scoundrels (1961), a history of the Rocky Mountain fur trade, during a remarkable surge of creative activity before he reached the age of thirty.

These early works are closely related to Berry's years at Reed College in Portland, from 1949 to 1951. There, his friends Gary Snyder, Lew Welch, and Philip Whalen, all to become notables of the Beat Generation, were important influences, as were two professors, calligrapher Lloyd Reynolds and historian Dorothy Johansen. From Reynolds, Berry learned to hone his calligraphic and writing skills through devoted practice, which he trained on science fiction, the sort of writing he was most familiar with at the time. After 144 rejection slips, he sold his first story. From Dorothy Johansen, Berry was introduced to coastal Oregon's early settlement history and the tragic overwhelming of Native American culture by whites.

To these influences must be added that of Berry's wife, Wyn, photojournalist, teacher, artist, fellow-spirit, whom he married in 1957, and whom he described as the ground and support of his creative life. They had three children.

A fourth inspiration for Berry was his lifelong fascination with Eastern philosophy and religion, which is reflected in the inner lives of his main characters in the novels.

But influences aside, Berry always found his own way, and his life as an artist took him down many new paths. In addition to writing fiction and history, he created and performed at high professional levels as musician, painter, poet, sculptor, jewelry-maker, filmmaker, designer and builder of musical instruments, both traditional and computer-related, and, in his later years, Internet contributor. Berry's Web site, Berryworks, is a collection of his work which demonstrates his wide-ranging talents. "Snapshots of my Daughter, Turning" and "For the Estuarians at the Millennium" are among the memorable entries.

Berry's conception of the range of his imaginative and creative work was to consider himself an explorer, one who might expect to encounter mountains and deserts and oceans and forests. The creative impulse, as he lived it, underlies all art and all life and may be tapped at many points of emergence. For Berry, the act of exploration is the same, while the opportunities to practice it are many and often unexpected. To his artistic creations, his physical experiences—deep-water sailor, aviator, latter-day mountain-man—add to his near-legendary reputation as an Oregon original. 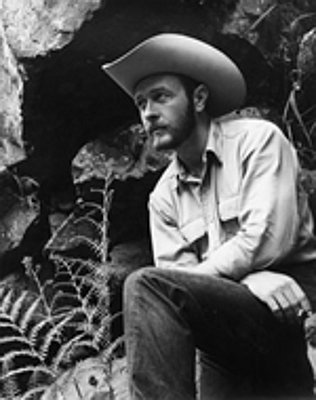