Beard was born in Portland on May 5, 1903, the only child of Mary Elizabeth and John Beard. Mary Elizabeth, an emigrant to the United States from England, ran a successful Portland boardinghouse before her marriage at the age of thirty-seven to John Beard, a customs inspector. She was an excellent cook, and she employed a Chinese cook, Jue-Let, to whom young James formed a strong attachment. Cooking and eating good food became an important part of his upbringing.

The family spent summers at a beach cabin in Gearhart with Mary Elizabeth’s friends, the Hamblets, and the Hamblets’ daughter Mary became James’s lifelong friend. It was in Gearheart that he learned about Dungeness crab, salmon, clams, and other Oregon seafood that would be some of his favorite food throughout his life.

After graduating from Washington High School in Portland, Beard briefly attended Reed College. He had a desire to be an opera singer and went to London and Paris to study vocal music. During his twenties and thirties, he spent time in Portland and New York in an attempt to make a career in acting, costume and set design, and radio. He tried to find work in Hollywood but was able to land bit parts in only two films.

By 1939, Beard was living in New York when he managed to turn his knowledge and passion for good food into a living. He took a job with a successful catering company and published his first cookbook, Hor d‘Oeurves and Canapes, in 1940.

After a short stint in the U.S. Army during World War II, Beard returned to writing cookbooks. In 1946, he appeared on a local television show in New York City with a fifteen-minute cooking lesson. That appearance led to a national show on NBC in 1946-1947—the first such program in television history.

During the 1940s and 1950s, Beard wrote cookbooks and published articles in Gourmet and other national magazines. In 1956, he opened a cooking school in New York City. A consultant to food and beverage companies, he worked with Restaurant Associates to open restaurants such as the Four Seasons in New York City.

Beard made his home in New York, but he traveled to Europe and around the United States, often returning to Oregon to spend time at the coast with Mary Hamblet. In 1961, he published Delights and Prejudices, a memoir with recipes that recounted his childhood summers at Gearhart.

A big man at 6 feet 3 inches tall, Beard struggled with his weight from the time he was a child, weighing 300 pounds or more as an adult. He had many health problems, including a heart attack in 1971, but he did not let his poor health keep him from writing cookbooks and teaching cooking to sold-out classes at his cooking school. In 1972, he published James Beard’s American Cookery, a 877-page compendium with 1,500 recipes, in which he tried to do for American cooking what his friend Julia Child had achieved for French cooking with Mastering the Art of French Cooking.

In 1973, Beard began teaching an annual summer cooking class at Seaside High School, and a few years later he began a cooking school in San Francisco. Beginning in the 1980s, he often was confined to a wheelchair, and he relied on assistants to help him with his classes. He held what was to be his last cooking class in Oregon in 1981, and his last book, Beard on Pasta, was published in 1983. Beard died of heart failure in New York on January 21, 1985.

A few weeks after his death, Mary Hamblet received his ashes in a canister. On a blustery winter day, she and a friend drove to the Oregon Coast and scattered the ashes at a spot close to Tillamook Head and along the tideline at Gearhart Beach.

Despite his international fame, James Beard never lost his connection to Oregon and his delight in the food of his childhood. He was proud to have September 20, 1974, declared James Beard Day in Portland by Mayor Neil Goldschmidt and to receive an honorary degree from Reed College in 1976.

Many of Beard’s cookbooks are still in print, and he is acknowledged as one the most influential exponents of good cooking in the twentieth century. The James Beard Foundation in New York preserves his residence and makes annual awards that carry on his legacy. 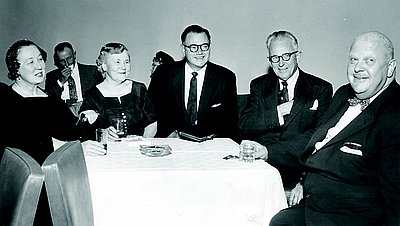 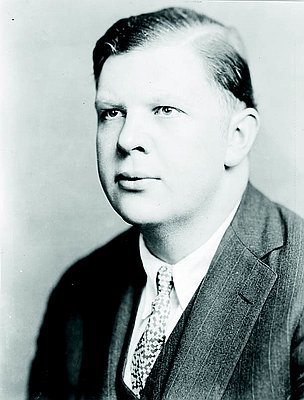